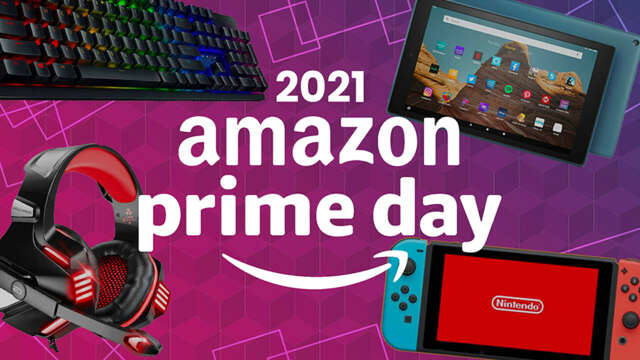 Amazon Prime Day 2021 is upon us. The big sale officially runs from June 21-22 this year, and Amazon and numerous other retailers are offering deals on a variety of products, including many great video games and accessories. If you’re in the market for some new games for PlayStation, Xbox, or Nintendo Switch, we’ve rounded up the best Prime Day gaming deals we’ve found so far below. And for more platform-specific deals, check out our specific guides to the best PlayStation deals, Nintendo Switch deals, and Xbox deals as well as the best Prime Day deals across tech and gaming. 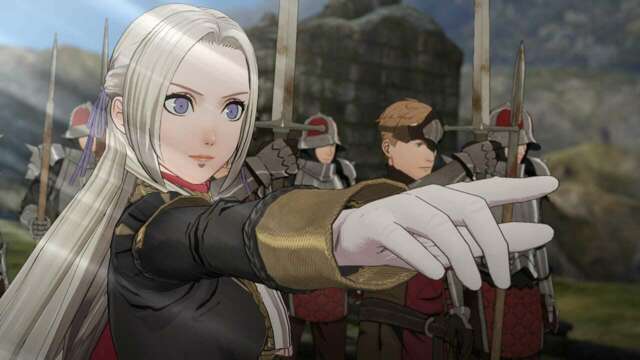 You can grab a physical copy of Switch’s excellent strategy RPG, Fire Emblem: Three Houses, for less than $40 from Amazon. This entry marries the series’ beloved tactical gameplay with some social simulation elements. As a new instructor at the Garreg Mach Monastery, you’ll need to choose one of the three titular houses to teach, overseeing the growth and development of each student both on and off the battlefield. 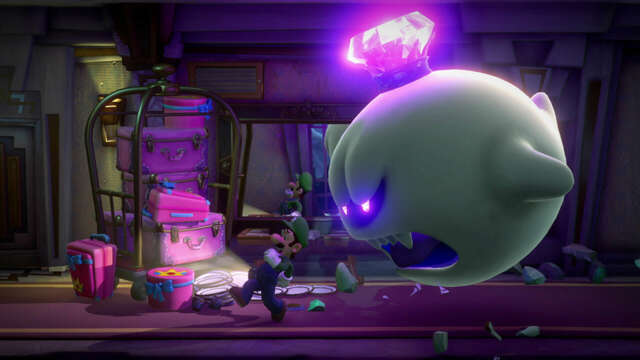 Another excellent Switch game from 2019, Luigi’s Mansion 3 is one of several first-party titles discounted at Target ahead of Prime Day. You can pick up a physical copy of the game for $40 right now. This installment sees Luigi braving the many different, themed floors of a haunted hotel, sucking up ghosts and solving puzzles as he searches for his missing friends. 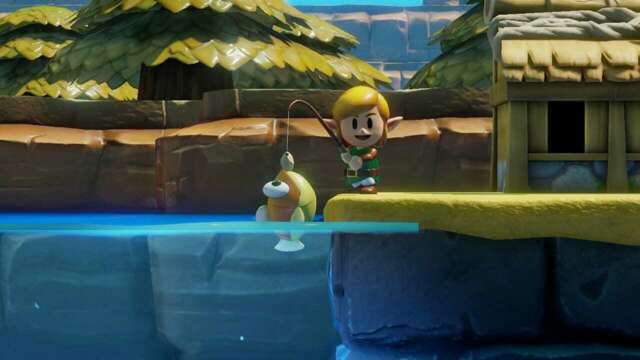 The acclaimed Switch remake of Link’s classic Game Boy adventure is also discounted at Target ahead of Prime Day. You can grab a physical copy of The Legend of Zelda: Link’s Awakening right now for only $40. This version of the game stays very faithful to the original title, retaining its touching story and clever dungeon designs while updating the visuals and controls. The end result is a modern reimagining of one of the series’ most beloved installments. 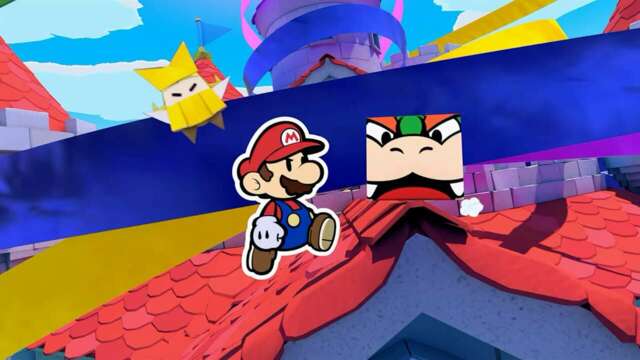 If you’ve yet to pick up Paper Mario: The Origami King, you can grab one of the best Switch games from 2020 for only $30 right now at Target–the lowest price we’ve ever seen for the title. Mario must set out on a journey to stop the self-proclaimed Origami King from folding the Mushroom Kingdom. Blending the series’ trademark sense of humor with some genuinely poignant moments, Paper Mario: The Origami King is one of Mario’s most memorable adventures. 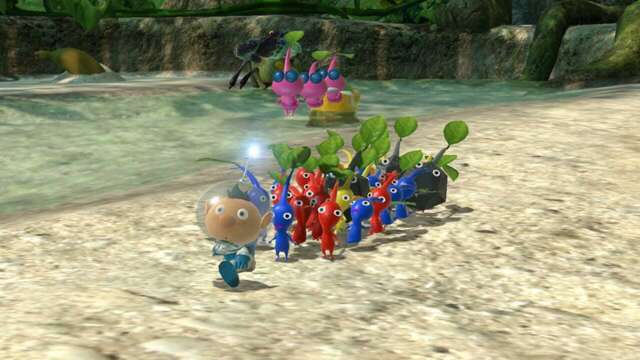 The Switch port of the wonderful Wii U game is currently on sale at Target for the all-time low price of $30. Like the previous two installments of the series, Pikmin 3 has you guiding a group of intrepid explorers around an alien planet, using the Pikmin’s different abilities to clear environmental puzzles, defeat ravenous bosses, and collect fruit to bring back to your home planet. This version of the game also features a handful of brand-new missions starring series veterans Olimar and Louie, plus all of the DLC stages released for the Wii U game. 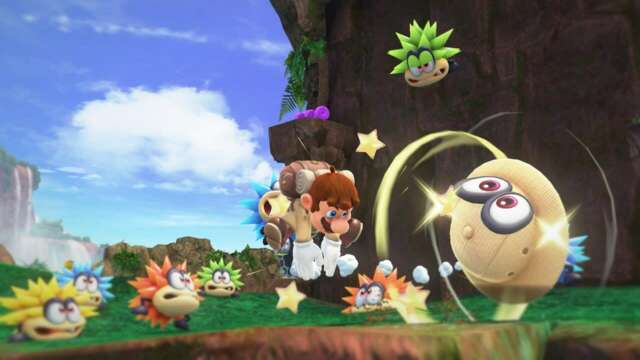 Like a few other first-party games, the physical version of Mario’s globe-trotting adventure is currently available for under $40 at Amazon. This title sees Mario set off across multiple expansive kingdoms on a quest to stop Bowser from marrying Princess Peach. Featuring a variety of vast, imaginative levels to explore and tricky platforming challenges to overcome, Super Mario Odyssey remains one of the very best titles on Switch. 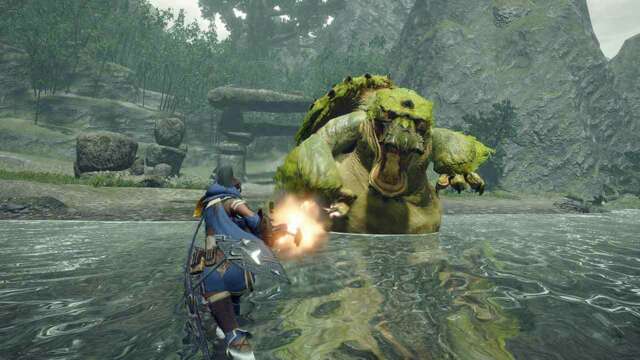 Monster Hunter Rise is still a fairly new release, which makes Amazon’s $10 discount on the game a nice deal if you’ve been on the fence. Rise retains many of the quality-of-life improvements that Monster Hunter World made to the series’ gameplay, and introduces two new game-changing features–the Wirebug and the Palamute–on top of that, making the experience faster and more fluid than ever. Rise is a must-own for the system, especially if you have a Nintendo Switch Online subscription to play with other hunters online. 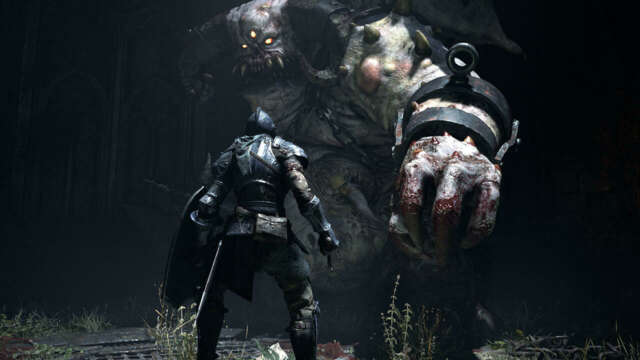 The PS5 has been in very short supply since it launched last November, but if you managed to pick one up and are looking for something to play on it, then you can grab one of the system’s best launch titles at a great discount. The Demon’s Souls remake is currently on sale at Amazon for less than $50. Originally released for the PS3 back in 2009, Demon’s Souls is the precursor to Dark Souls, pioneering the dark, brutally challenging experience that would eventually turn original developer From Software into a household name. This PS5 remake stays faithful to the original title while completely modernizing the visuals, making it a true showpiece for Sony’s new console. 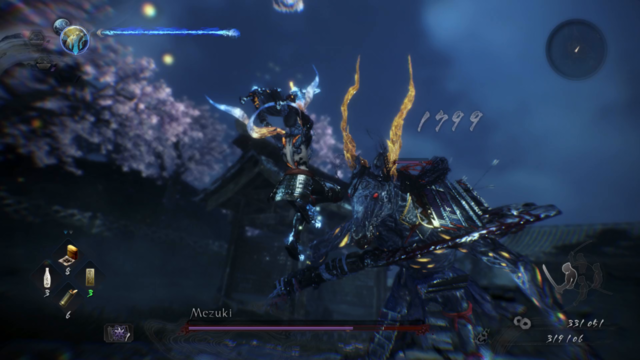 If you’ve already finished Demon’s Souls and are looking for something similar, the Nioh Collection for PS5 is also on sale at Amazon right now. This compilation includes both the original Nioh and its sequel, Nioh 2, and they’re both dark, challenging adventures in the vein of From Software’s acclaimed Souls series. 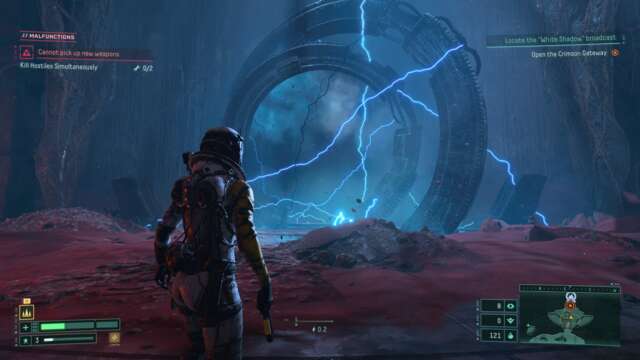 Another early PS5 exclusive that’s been well-received by fans and critics alike, Returnal has gotten a huge discount for Prime Day. The roguelike shooter is currently on sale for $50–$20 off its normal retail price. With intense combat and a gripping story, Returnal is definitely worth a play if you were lucky enough to snag a PS5. 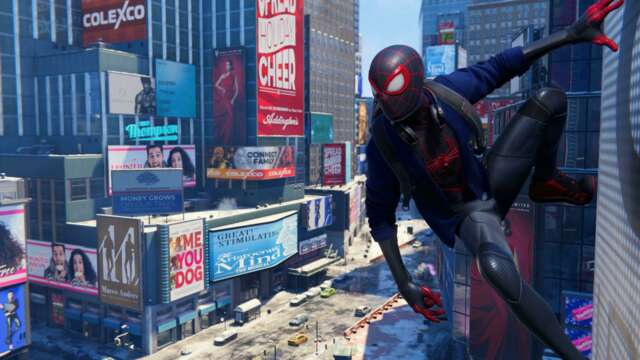 Another one of PS5’s best launch games, Marvel’s Spider-Man: Miles Morales is on sale at Amazon for Prime Day. You can pick up a physical copy of the Ultimate Launch Edition right now for $50. This version includes the remastered version of the previous Marvel’s Spider-Man, effectively getting you two games in one. 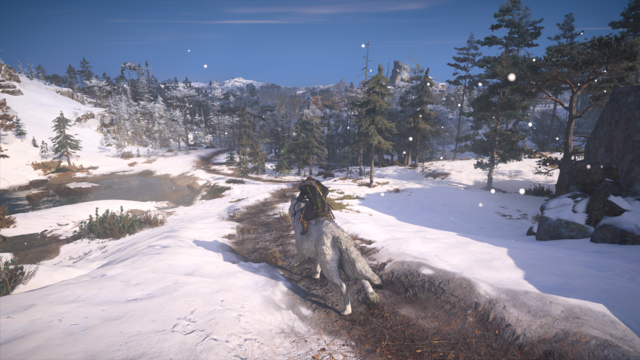 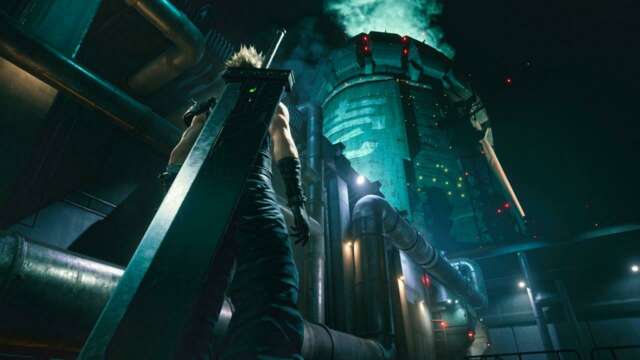 The first part of Square Enix’s Final Fantasy VII Remake was one of the very best games to release last year, and if you’ve yet to pick it up, you can grab the standard PS4 version for $30 at Amazon. While this edition doesn’t include the newly released Intergrade chapter, the base game is a lengthy adventure in its own right, making this a nice deal on one of PS4’s finest exclusives. 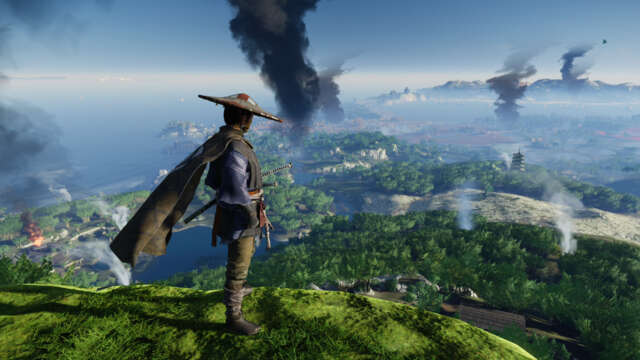 Ghost of Tsushima is another one of last year’s best PS4 games, and it’s currently on sale at Amazon for only $30. As Jin, you must reclaim your home island of Tsushima from the invading Mongols. You can choose to battle as an honorable samurai or employ stealthier tactics and become the titular ghost. With gorgeous environments and plenty of side content to keep you occupied, this is a good deal on a great game. 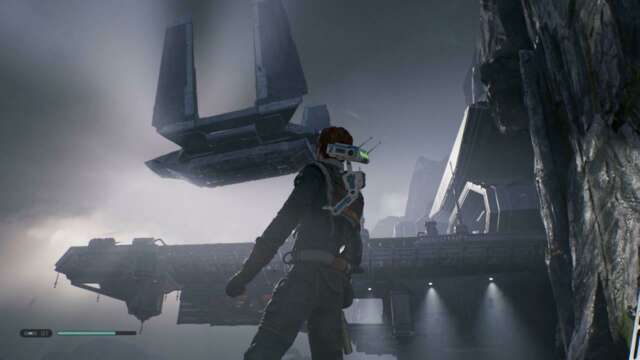 If you’re in the mood for a Star Wars adventure, you can grab a physical copy of Star Wars Jedi: Fallen Order for only $20 right now at Target–half off of its usual price tag. Developed by Respawn, the studio behind Titanfall and Apex Legends, Jedi: Fallen Order puts you in the role of Jedi Padawan Cal Kestis as he hones his Force powers and battles against the Empire. 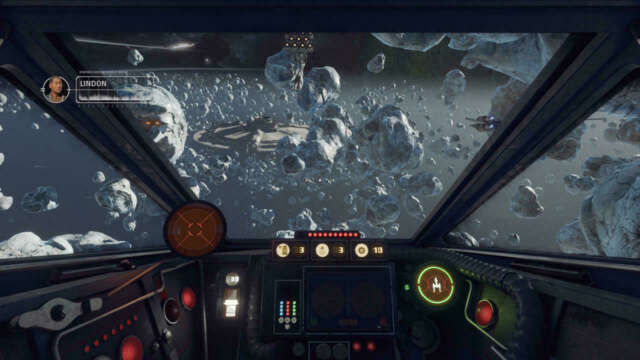 Jedi: Fallen Order isn’t the only Star Wars game discounted ahead of Prime Day; Target also has physical copies of Star Wars Squadrons on sale for $20. The dogfighting game is set after the events of Return of the Jedi and lets you take on the Empire in fast-paced space battles. 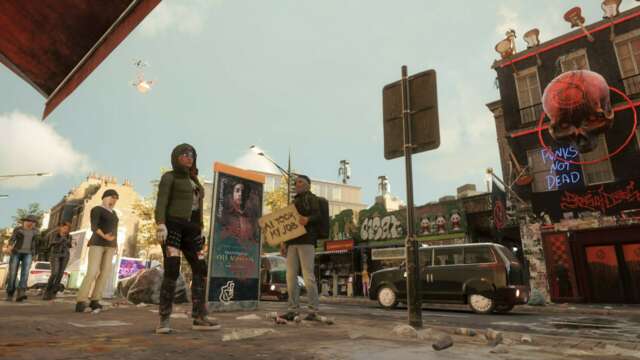 You can snag a physical copy of Ubisoft’s latest Watch Dogs game for only $17 right now at Amazon. Legion’s signature gimmick is its huge recruitable cast. You can recruit any character you meet in the game to the Resistance, and they each boast their own special skills that will help you take back London. 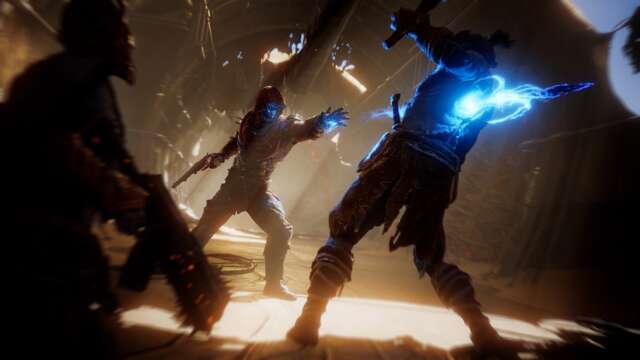 Developer People Can Fly’s new shooter/RPG hybrid, Outriders, generated a lot of buzz when it launched earlier this year. If you’ve been on the fence, you can grab a physical copy of the game’s Day One edition on PS4 right now for $40–$20 off its usual price. The Day One edition comes with bonus Hell’s Rangers content pack, which includes Hell’s Rangers gear sets, weapons, and more. 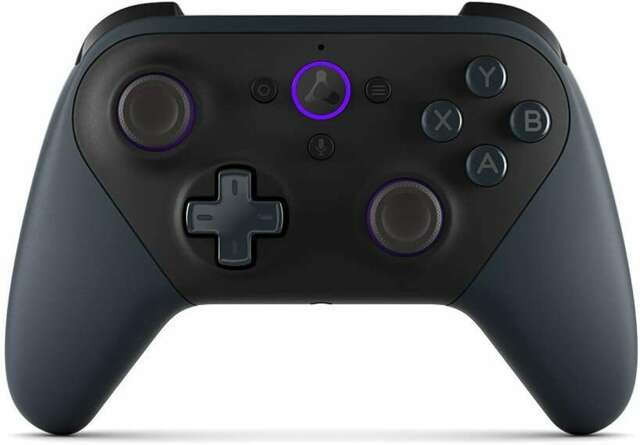 Just in time for Prime Day, Amazon has dropped the price of its Luna controller, marking the first time the gamepad has ever been discounted. Normally $70, you can pick one up right now for only $49 if you sign up for a free Prime trial. The controller is designed to be used with Amazon’s cloud gaming service and connects via Bluetooth to PC, Mac, smartphones, tablets, and Fire TV. 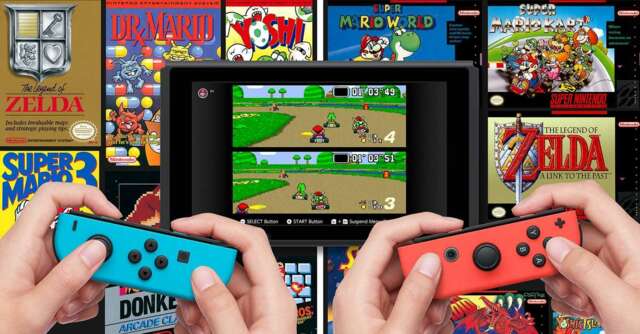 Walmart is offering a great deal on a Nintendo Switch Online subscription. The retail giant is selling a family plan plus a 128GB microSD card for only $35. The family plan alone typically runs for $35, which means you’re essentially getting an extra microSD card for free. The family plan covers eight Nintendo Accounts, even across multiple systems, and it gives you access to numerous perks, including a library of classic NES and SNES games, cloud save backups, and the ability to play online against other Switch players. 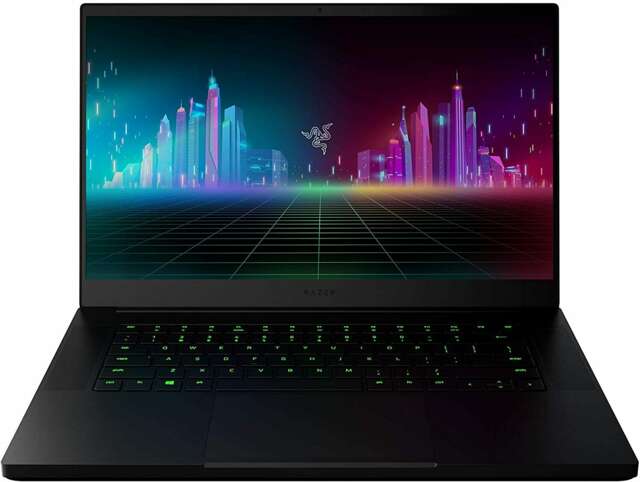 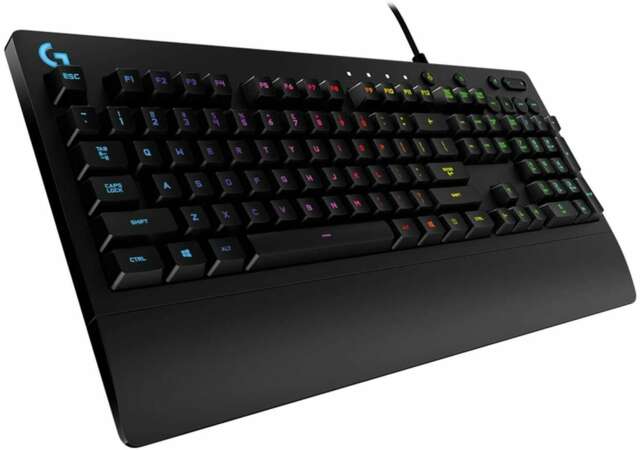 A ton of accessories are on sale for Prime Day, including the Logitech G213 Prodigy gaming keyboard. Normally $70, you can pick one up from Amazon for only $47 right now. The keyboard features color spectrum illumination, tuned keys, and dedicated media controls to make it great for gaming.