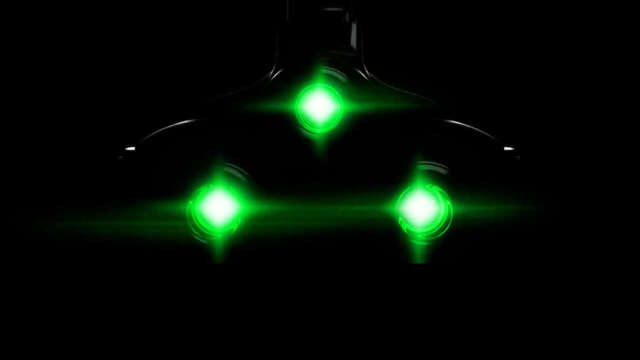 The stealth-espionage genre was made mainstream with 1998’s Metal Gear Solid, but Kojima’s series faced stiff competition from Ubisoft and the “Tom Clancy’s” brand almost immediately. Splinter Cell dialed up the realism and ripped-from-the-headlines stories in place of the outright goofiness of Metal Gear, added a revolutionary lighting system for more stealth opportunities, and gave us one of the most iconic characters of all time: Sam Fisher. Played by Michael Ironside, Fisher’s gravelly voice and snarky personality made him an instant icon. 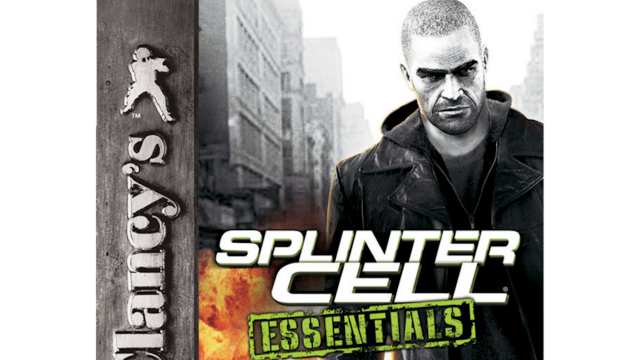 That’s not a bad thing, as Ubisoft picked some of the better missions for these sequences, but the controls are stiff and the stealth is incredibly unforgiving. Additionally, enemies you knock out can pull the trigger as they fall, often killing you in the process. Stealth Action Unrefined. 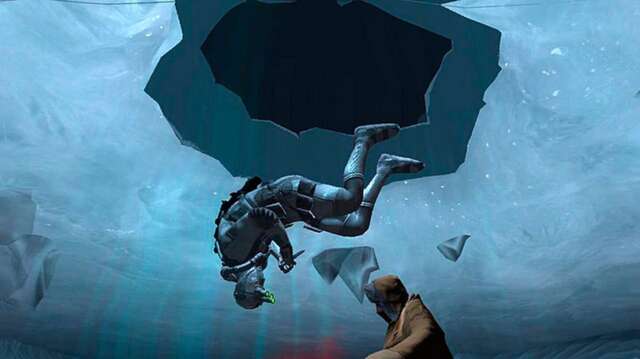 On paper, Splinter Cell: Double Agent sounds like it should be the coolest game in the whole series. Following the apparent death of his daughter, Sam Fisher goes undercover in a homegrown terrorist organization called John Brown’s Army–named after the 19th century American abolitionist–gaining intelligence on the group’s planned attacks and constantly balancing his missions for Third Echelon with the tasks expected of him by the terrorists. Balancing their trust is key, and multiple endings are possible as a result.

The problem is that the missions vary pretty wildly in quality, especially the ones that take place at the JBA headquarters. The acting from some of the villains is also very cheesy, which can ruin the immersion as you make some of the hardest decisions in the whole series. Well, at least it has Spies vs. Mercs–and the version released for Xbox, PS2, and GameCube is actually an entirely different game, if you’re curious to try them both. 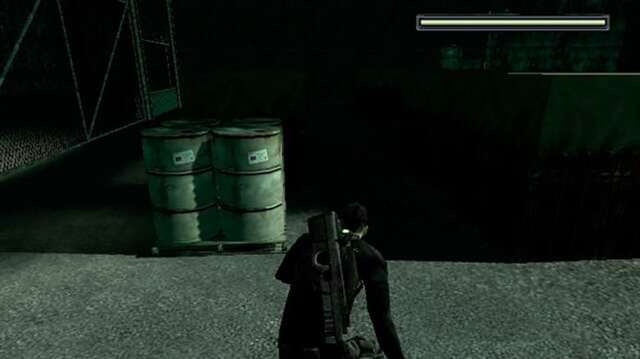 The first game in the series and one of the first real contenders for Metal Gear Solid’s stealth throne, Splinter Cell deserves praise, at the bare minimum, for putting the wheels in motion. Sam Fisher and Irving Lambert’s partnership–one that we’d see get very rocky as the years went on–is one of the reasons the series’ early games were so successful, as was the calm and slightly terrifying performance Michael Ironside gave. Splinter Cell was also visually mindblowing in 2002, with its advanced tech being necessary for the shadow mechanic to work effectively.

One of the only reasons why Splinter Cell isn’t higher on this list is because the series just got so good over the next several years, often through improvements or additions to this formula. Luckily, if you want to experience this story again, a full remake is in the works at Ubisoft Toronto. 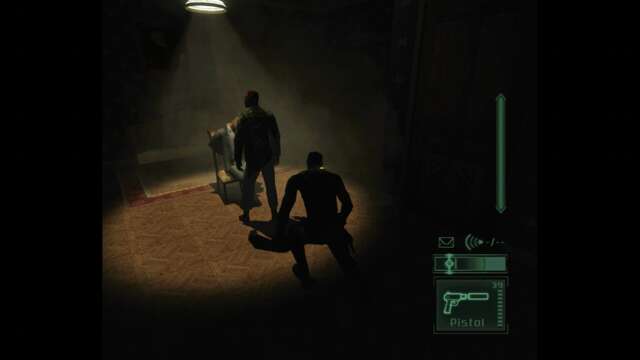 The sequel to the original Splinter Cell was handled by a separate development team, primarily at Ubisoft Shanghai. For the most part, this change isn’t that evident, as the game builds on the strong foundation of its predecessor while sending Sam into a variety of locations, including lush jungles. The one change that is evident, however, is to the voice acting.

While Ironside still plays Sam, Lambert is voiced by Dennis Haysbert–yes, the Allstate Insurance guy–and it’s the only time Haysbert is voiced by the actor. It’s a change most games could get away with, but as you’ll discover, players really care about the voice acting in Splinter Cell. Luckily, the new Spies vs. Mercs mode was a great addition, with asymmetric multiplayer long before that was popular. 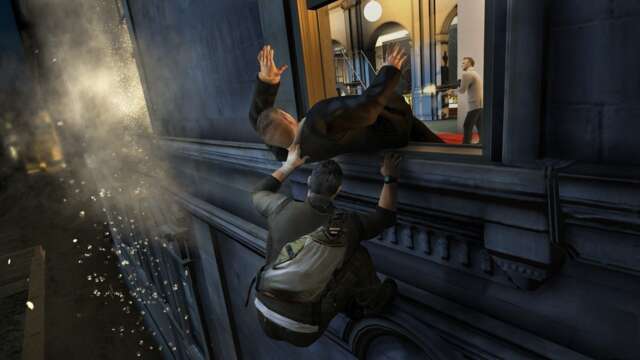 A controversial entry that released nearly four years after its predecessor, Splinter Cell Conviction underwent numerous delays and was basically restarted partway through development. What Ubisoft Montreal’s team ultimately delivered was completely different from the series’ past games, focusing on Sam Fisher’ deadly efficiency and ingenuity over pure stealth. In fact, the game really wants you to kill people, even offering a new ability called Mark & Execute for rapid headshots.

Despite these changes, and how unusual it is to see Sam Fisher without his goggles for much of the game, Conviction works because it does what it set out to do very well. Stealth-action is difficult to pull off without devolving into all-out chaos (theory), but Conviction does it well while also building on Sam’s conflict with both Third Echelon and his late best friend, Lambert. 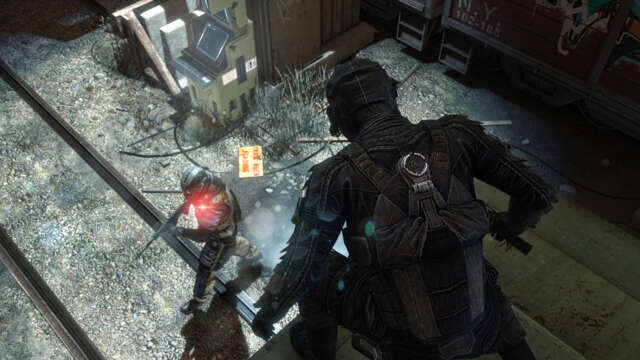 Perhaps even more controversial than Conviction, Splinter Cell Blacklist was the first game in the series to not include Michael Ironside’s voice acting. As it turns out, Ironside was battling cancer at the time and had a less than 50% chance of survival, which likely played a role in him not returning for Blacklist. In his place was the much-younger Eric Johnson, who did an admirable job but whose voice lacked the gravelly tone we expected.

So, why is Blacklist still so high on this list? Because it’s incredibly well-designed. Focused on three different playstyles–“Ghost,” “Panther,” and “Assault”–Splinter Cell Blacklist allows anyone to enjoy the game without feeling like it’s ignoring how someone else would want to play. Longtime fans can go for a no-kill Ghost run while avoiding all enemies, while those who joined for Conviction will be able to play it similarly via the Panther style. It also features multiple cooperative missions and Spies vs. Mercs, all tied together in an in-universe map menu. 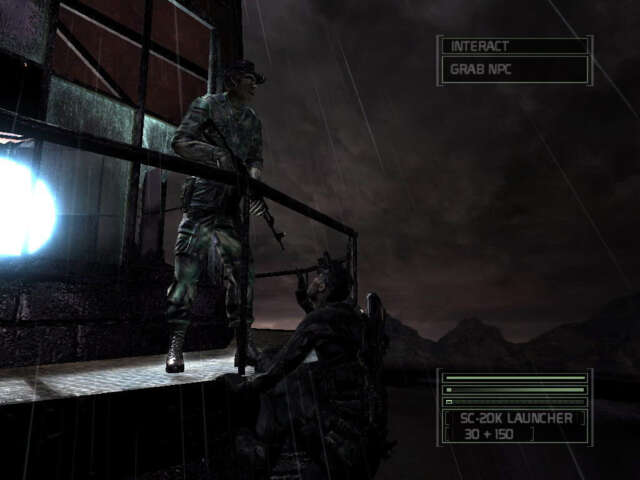 Third time’s the charm? In the case of Splinter Cell: Chaos Theory, it absolutely was. A slightly bloodier and more violent take on the first two games’ formula without devolving into an action game, Splinter Cell: Chaos Theory gave players more control over their version of Sam by giving him a combat knife–killing or sparing most characters is completely the player’s choice, and the gear selected for each mission reflects that. Go in with a high-powered sniper attachment on your SC20K rifle or focus on non-lethal gas grenades and “sticky shocker” rounds. Both options are viable, and most instant-failure sections are gone in favor of an escalating alarm system that encourages stealthy play without mandating it.

As with Pandora Tomorrow, Chaos Theory includes the asymmetrical Spies vs. Mercs mode. On top of that competitive offering, it also includes a separate cooperative campaign, showing just how different it is when two Third Echelon agents must work together. You never know how much you can resent another person until they repeatedly open fire while you’re trying to sneak around enemies.