Xbox has required AA batteries for its controllers for a long time now, which can be an advantage or disadvantage depending on who you ask. What isn’t debatable is the annoyance of having to change a set mid-game, which forces you to turn off the controller and resync it. That might be an issue if you’re involved in an intense online session that you can’t pause, which is the exact market Otterbox is aiming for with its Power Swap Controller Battery for Xbox. 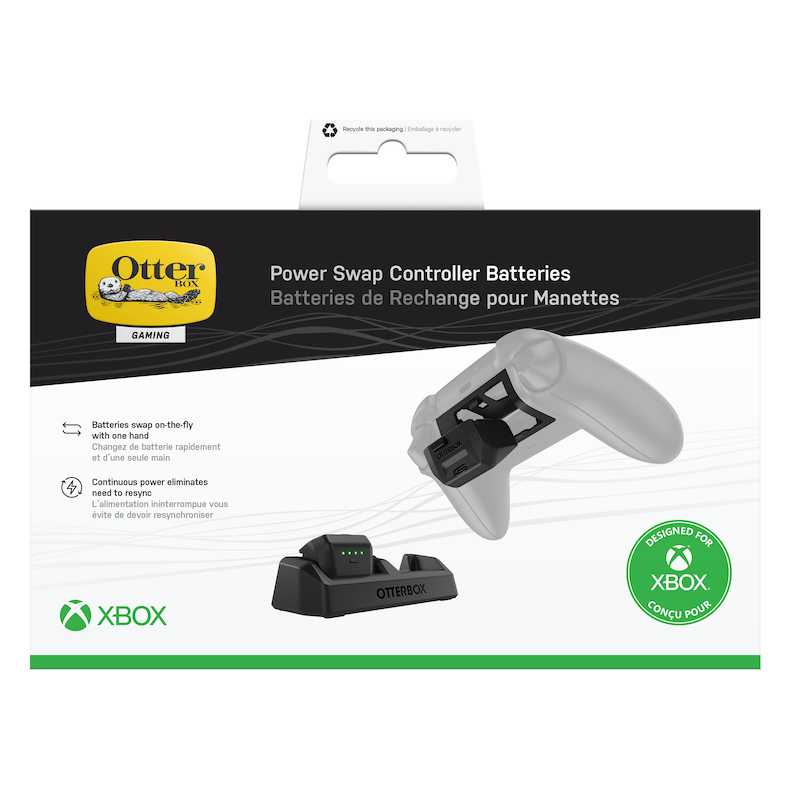 Otterbox’s Power Swap Controller Battery is a battery cage that clips onto the back of both Xbox One and newer Series controllers which houses one of its new controller batteries. These batteries can be easily swapped out for a new one with one hand, letting you stay mostly focused on your game while you top up your controller. The trick is an extra battery cell within the cage itself, which allows the controller to stay on for up to 30 seconds while you make the switch.

That means no resync or disconnection, which might be important to you and your play sessions. The Power Swap is $60 for an entire set, which includes two batteries and cages compatible with both old and new Xbox controllers. There’s also an included dock for charging both batteries at the same time, as well as a USB-C cable to top them up while playing (which you can’t do with AA batteries.)