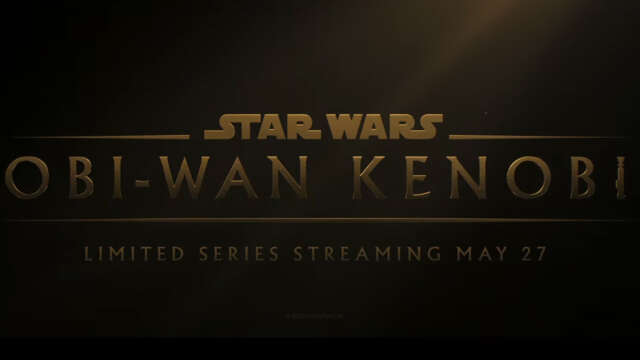 Happy Star Wars Day to all those that celebrate it. And speaking of celebrating, you should be because Disney+ released a new trailer for the upcoming limited series Obi-Wan Kenobi, which will be arriving to the streaming service on Friday, May 27.

The new trailer isn’t as explosive or revealing as the first one, but it does give a bit more insight into the world and story, and of course, there are a few Easter eggs as well. Here’s what we learned about Obi-Wan from the latest trailer. 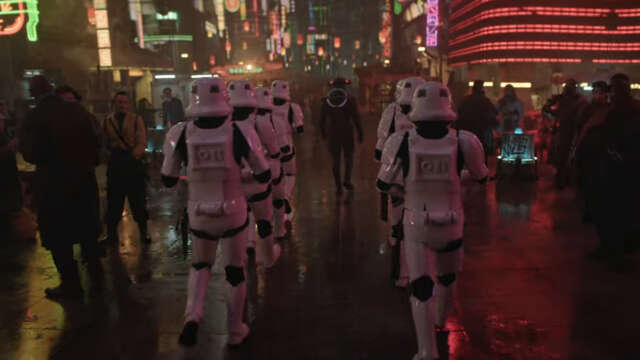 While a good chunk of this show will take place on Star Wars’ favorite planet of Tatooine, we’ll also be introduced to a new one: Daiyu. Writer Job Harold described the planet to Entertainment Weekly, saying the planet “sort of has a Hong Kong feel to it. It’s got a graffiti-ridden nightlife, and is kind of edgy. It’s just got a different lane and a different feeling.” 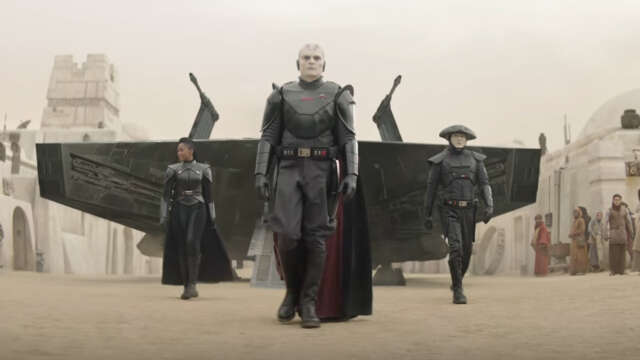 If you’ve watched Star Wars: Rebels or played Star Wars Jedi: Fallen Order, you’re a bit familiar with these people. From left to right we have Moses Ingram as the Third Sister (Reva), Rupert Friend as the Grand Inquisitor, and Sung Kang as the Fifth Brother.

This group of Jedi hunters who work for the Empire first appeared in a Star Wars roleplaying game in the ’80s. They were reintroduced on Star Wars: Rebels. They’re not members of the Sith, but they are Force-sensitive. As far as the audience knows, there are at least 10 of them, and of those 10, a couple still haven’t been shown on screen. 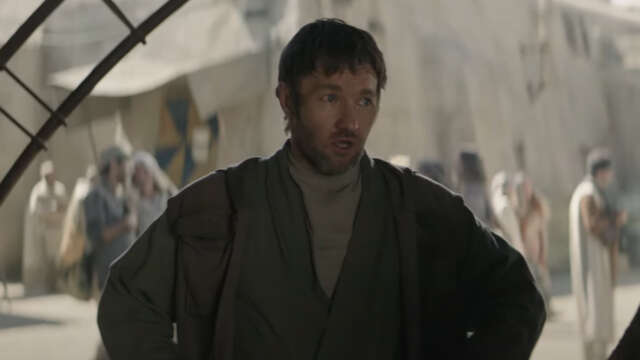 We finally get to see a confrontation between Obi-Wan and Owen Lars–Luke Skywalker’s uncle and adoptive father. Lars is played by Joel Edgerton, who you may know from The Green Knight or It Comes at Night.

I’ve made a huge mistake 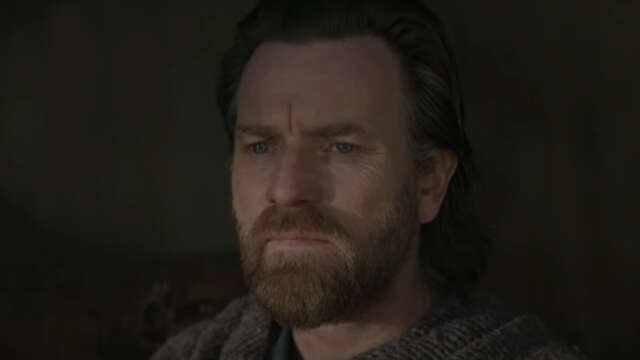 Owen doesn’t want Obi-Wan training Luke to become a Jedi, but Obi-Wan disagrees. After Owen mentioned Obi-Wan trained Luke’s father, there is an immediate look of regret on Obi-Wan’s face. The truth hurts, doesn’t it? Obi-Wan will forever have to deal with the fact that he trained Vader. 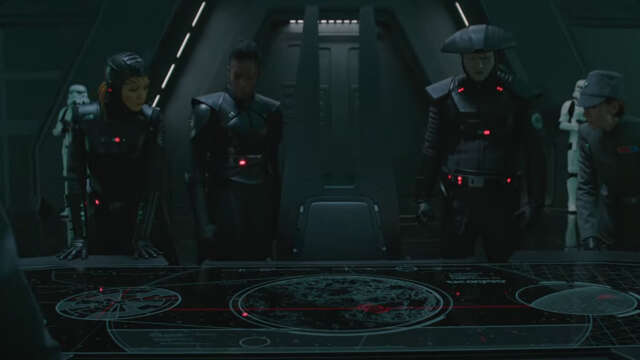 We’ve already been introduced to three of the Inquisitors, and in this scene, there’s a fourth–the one all the way on the left. That could be the Seventh Sister, who was a major part of Rebels. However, because of the tubing coming out of the back of her head–which could be tentacles, something Seventh Sister doesn’t have–this may actually be the Fourth Sister. She’s the only Inquisitor out of the 10 that have been identified that we haven’t seen yet–although Lina Graf impersonated her in a Star Wars comic, wearing her uniform and helmet, which completely covers her face. 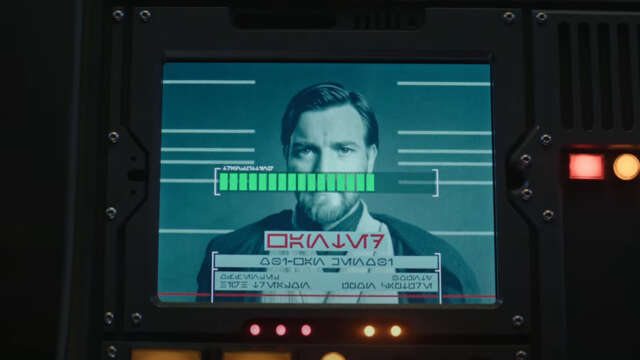 Here’s what the wanted poster says, which is in Aurebesh. 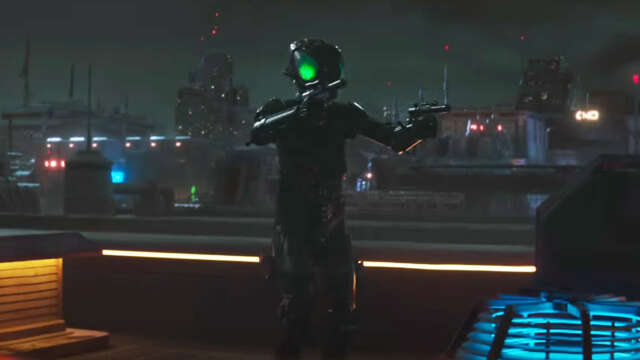 These bizarre bug-eyed robots were created to look like the species they were to serve, the Gand. However, these droids had an issue: their personality software could become corrupted and even overridden by the droid itself.

The most notable LOM-series droid is none other than 4-LOM, a bounty hunter who made its first appearance in The Empire Strikes Back. While this could be 4-LOM above, there were quite a few other LOM-series droids that also broke free of their programming to become enforcers in the Outer Rim. 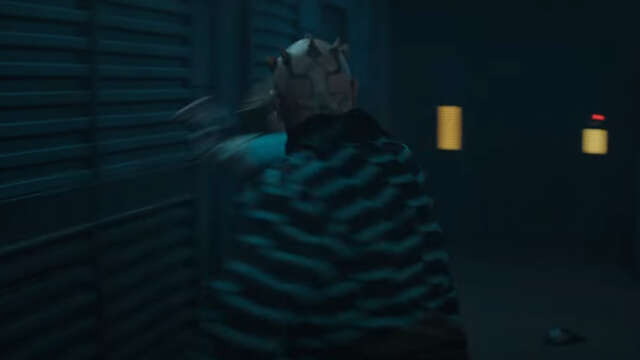 We don’t see this species incredibly often, but this is a Zabrak, whose home world is Iridonia–although many also immigrated to Dathomir, which is where Darth Maul is from. 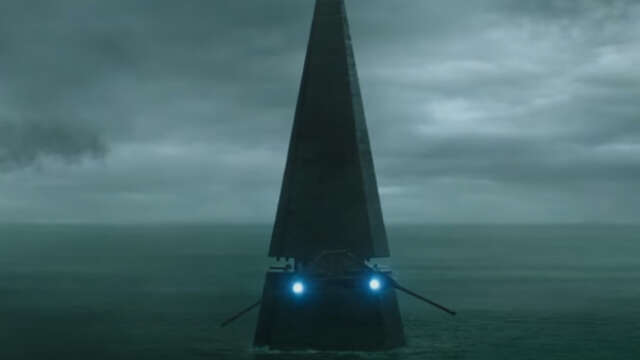 In the Outer Rim’s Mustafar system, you’ll find the moon Nur, which is home to what you see above: the Fortress Inquisitorius. This is where the Inquisitors train and interrogate the captured Jedi. It made its first appearance in the Fallen Order video game. 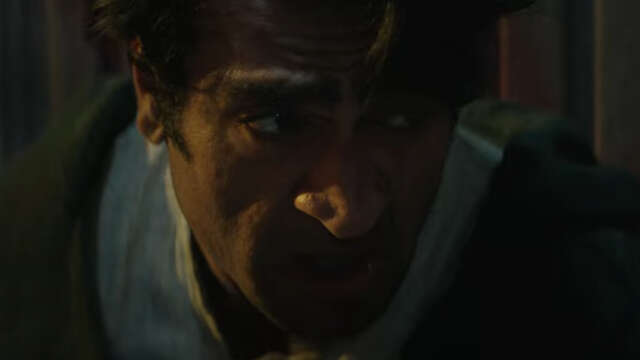 This is the first time we’re seeing Kumail Nanjiani in the show. There are almost no details about his character available at this time. 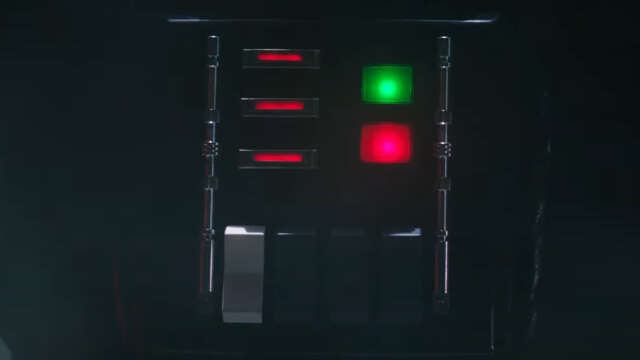 The trailer closes with a close-up of Darth Vader’s box of buttons on his torso. Does anyone have any idea what any of those buttons do? Obviously, Vader will be a part of this series, considering his ties to the Empire and Obi-Wan.