No movie library is complete without some classic British films on the shelf, and you’d be hard-pressed to find a better collection of films than Edgar Wright’s Cornetto Trilogy that starred Simon Pegg and Nick Frost. For Amazon Prime Day, you can grab the cult classic films on a single Blu-Ray for the low price of $20–down from its usual price of $32–adding Shaun of the Dead, Hot Fuzz, and The World’s End to your collection. 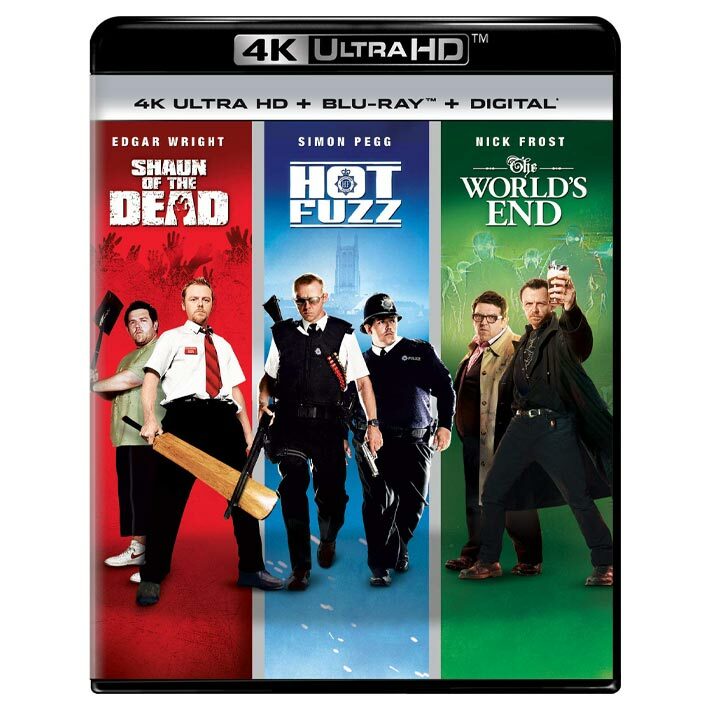 Edgar Wright’s classic series of films is now available in one convenient collection of zombie apocalypses, buddy cop action-adventures, and a pub crawl to decide the fate of the entire planet. All three films and a whole lot of special extras in this ultimate edition.

In case you’ve missed those films, Shaun of the Dead was Wright’s breakout film that breathed new life into the zombie genre. Pegg and Frost had previously worked with Wright on the TV series Spaced, and joined the director for a zombie apocalypse comedy that coined the phrase “you’ve got some red on you.”