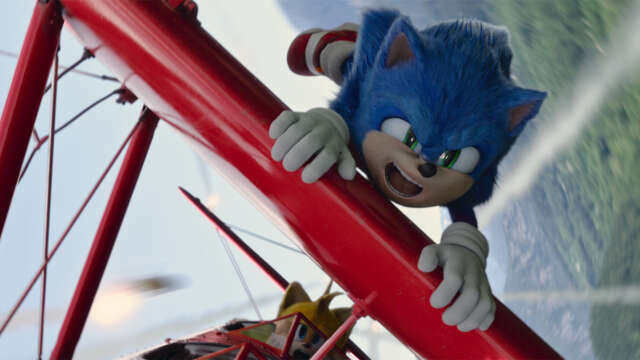 He’s still gotta go fast, as it turns out. Sonic the Hedgehog 2 is speeding into movie theaters on March 31 and now we have our first look at the upcoming film–and the new characters joining our furry blue hero (Ben Schwartz). The first trailer for Sonic 2 is jam-packed, leaving a lot for us to sort through.

From the introductions of Tails (Colleen O’Shaughnessey) and Knuckles (Idris Elba), to the return of Eggman and a look at the Master Emerald, there’s clearly a lot in store for the film. In the two-minute sneak peek at the film, we get all of that, plus plenty of Easter eggs, over-the-top action, silly jokes, and even a chili dog for good measure.

Take a look at our trailer breakdown below for all of the references and Easter eggs to the Sonic games, comics, and cartoons–plus some theorizing on what could be happening in the film. If we missed anything, add it in the comments below! 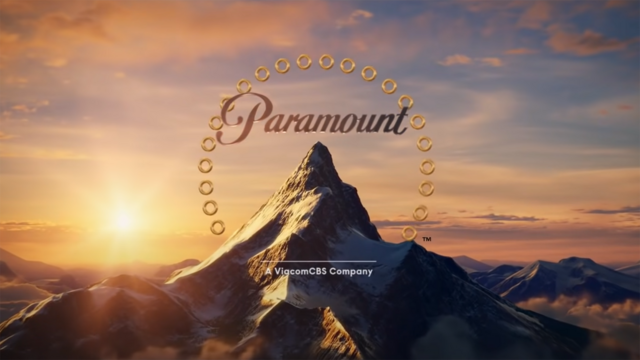 This is clearly the right tone to kick things off with. The stars in the Paramount Pictures title card have been replaced with Sonic’s precious gold rings. 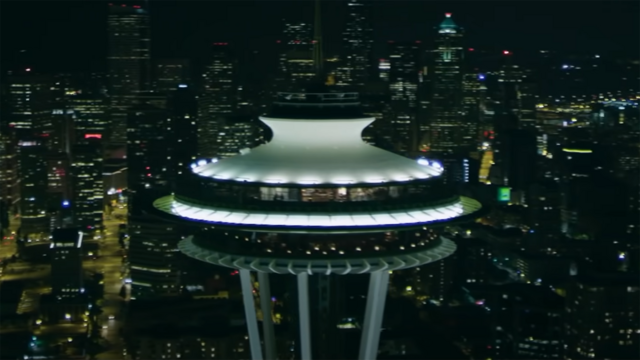 While big chunks of the last film were set in San Francisco, it looks as though Sonic has found a new place to go fast. At least part of the movie will see him protecting the mean streets of Seattle. 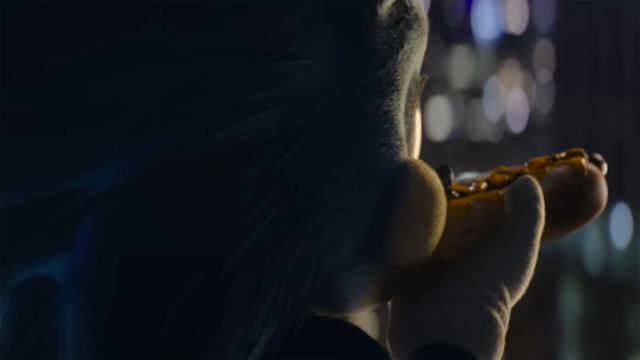 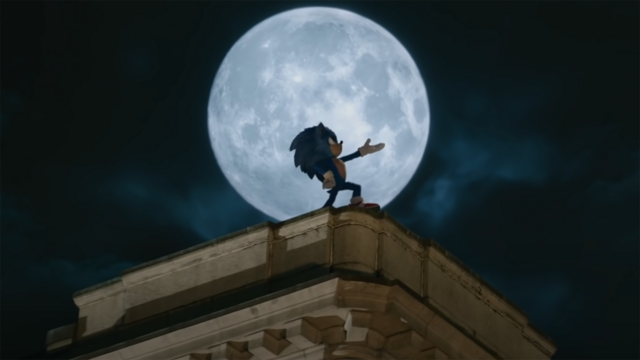 He’s no Batman. Instead, Sonic is patrolling the streets under the name Blue Justice–his trademark is pending. 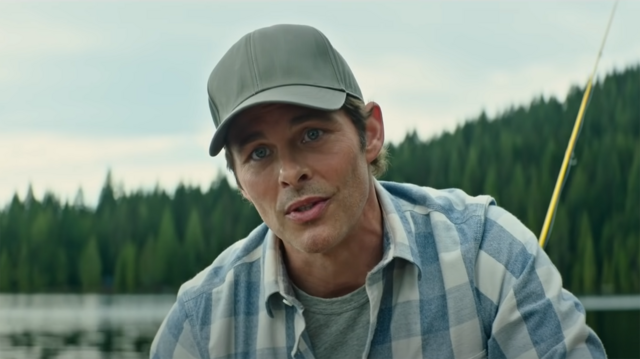 Thank goodness Sonic still has his best human friend there looking out for him. It looks like Tom (James Marsden) still lives in Green Hills and gets to spend time with his furry, blue pal–and give him some sage wisdom. It remains to be seen how central Tom is to this movie, though, since he’s not seen in any of the action.

The dawn of Eggman 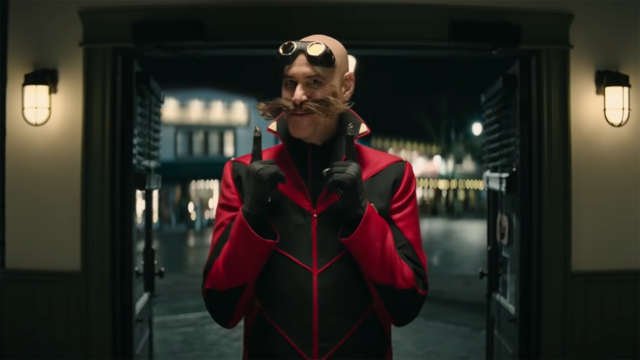 Of course, Robotnik (Jim Carrey) is back. Now, though, Eggman is born. He crashed to earth in a giant egg, emerging from it bald with a gigantic mustache. It’s perfect. 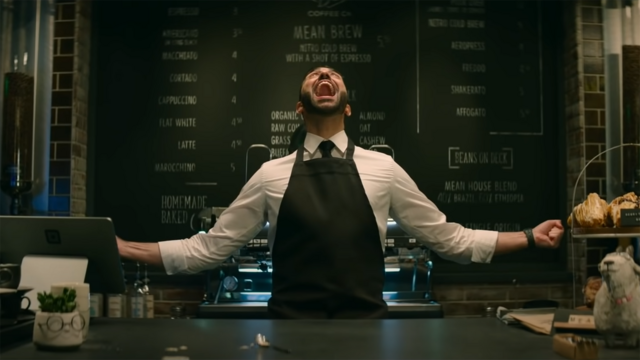 Stone, Robotnik’s right-hand man, has seemingly been waiting for his return while working at, of all places, a coffee shop. This is no regular coffee shop, though. 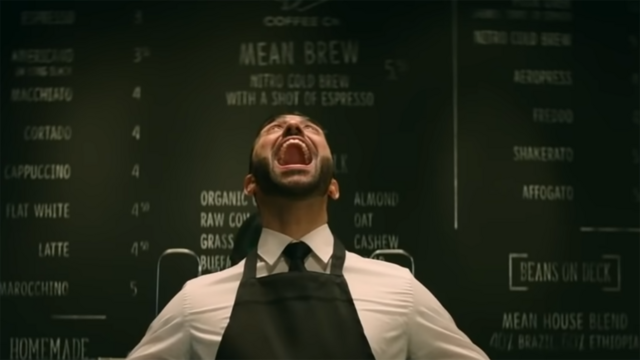 He works at Mean Bean Coffee, which is clearly a nod to the game Dr. Robotnik’s Mean Bean Machine, a puzzle video game released on the Sega Genesis in 1993. 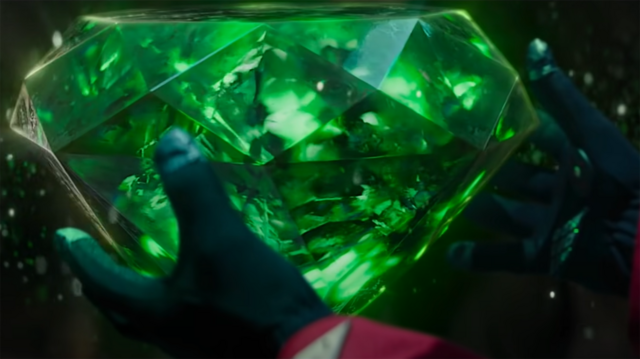 In the first film, Robotnik wanted to get his hands on Sonic due to the sheer power he produces. Now, though, he’s got his sights set on something else. While it’s not said in the trailer, that massive green gem is the Master Emerald. In the game, the seven Chaos Emeralds are all tied to the Master Emerald, which has an incredible amount of power. 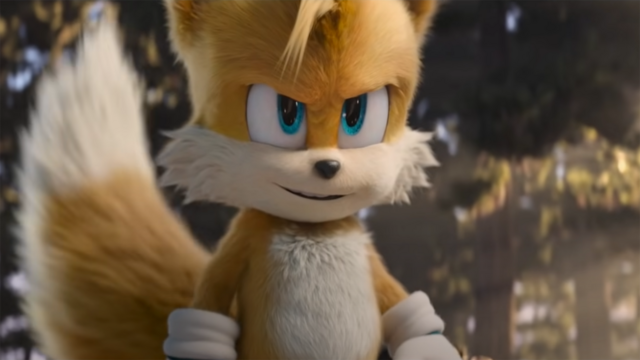 Welcome to the party, Miles “Tails” Prower. The two-tailed fox arrives through a gold ring to greet Sonic, and it looks like almost immediately they are off on an adventure. In the games, Tails was introduced in Sonic the Hedgehog 2. However, in the films the character was first teased at the tail end of the first Sonic. 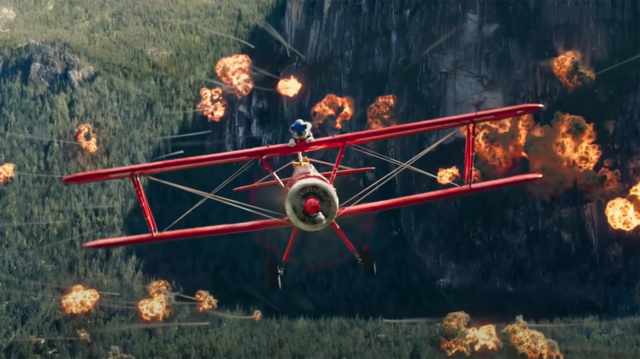 Another nod to the second Sonic video game is Tails flying his trademark biplane, with Sonic standing on the wings. This particular plane, named Tornado, has appeared in multiple games, comics, and cartoon series. 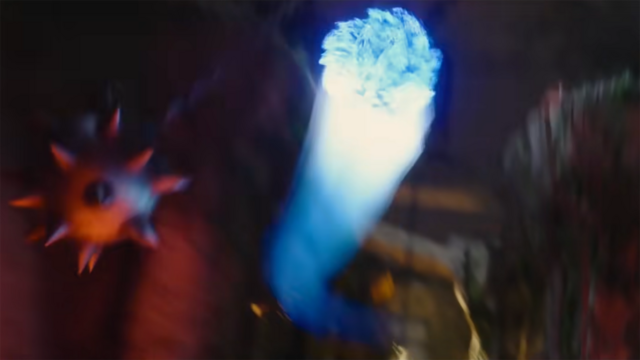 Sonic’s gotta go fast and there’s nothing faster than his trademark spindash. 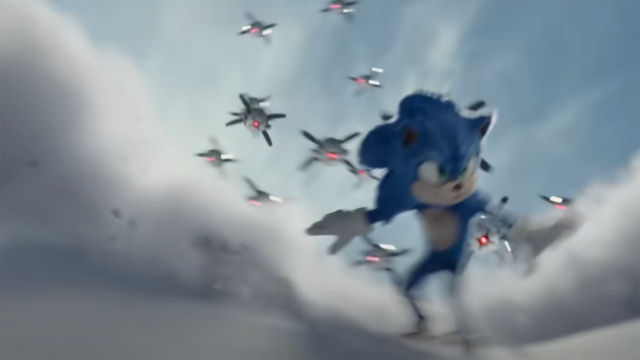 Snowboarding Sonic first appeared in the third video game. It’s been featured a number of times since then. 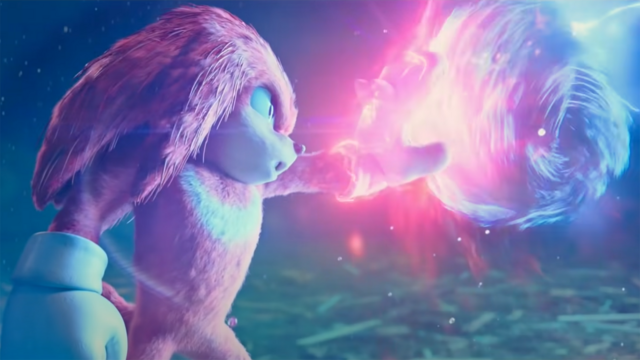 And finally, we officially meet Knuckles. Clearly the red echidna is working with Eggman. However, he also seems more powerful than Sonic at the moment and has no problem putting his knuckles to work, throwing punches at our hero.