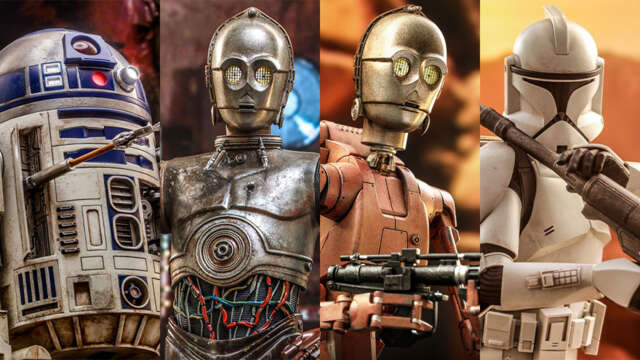 May the Fourth might be with many fans today, but the revenge of the fifth is about to hit your wallet hard when you see how Hot Toys is celebrating. While the company usually has a Star Wars figure to reveal on May 4, this year the Hong-Kong manufacturer of high-end collectibles is showing off a whopping five sixth-scale figures in total.

It’s worth noting that there’s different pricing for each figure, as well as a staggered release date that will see them made available from 2023. 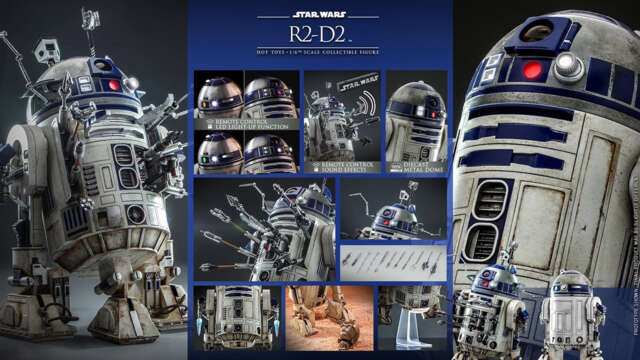 The first figure is of the best droid in Star Wars, R2-D2. Based on his appearance in Star Wars Episode II: Attack of the Clones, R2 is packing heat with a wide range of accessories. There’s an arsenal of astromech toys that can pop out, remote control LED light-up functions, sound effects, and a sturdy diecast metal dome. If you want, you can even activate R2’s thrusters and place the helpful bot on a stand that emulates the scene where it flew through the Geonosis weapons factory. 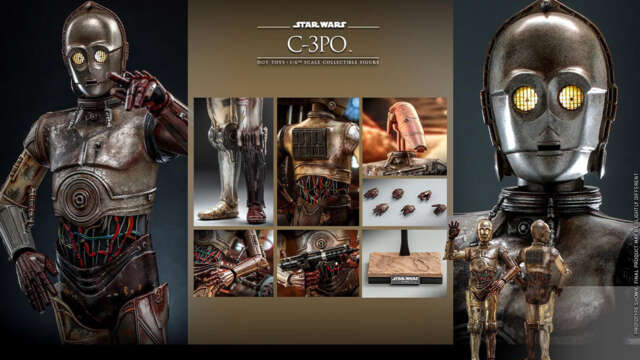 Alternatively, you can grab the worst droid in Star Wars, C3PO. Like the other figures on this list, C3PO is also based on his Attack of the Clones appearance and sports a more tarnished look. There aren’t too many extras for this highly-detailed protocol droid replica, but you can swap out his hands, annoying head, and arm him with a blaster, recreating the battle of Geonosis in the process. 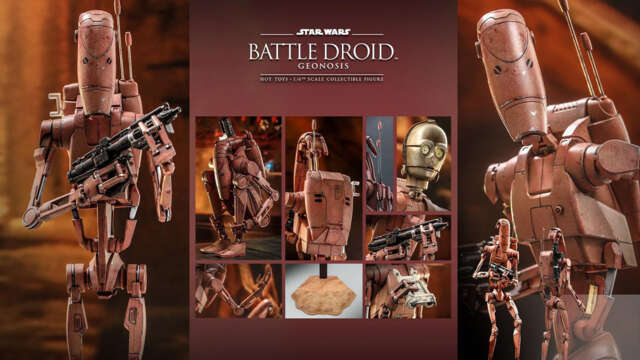 The last robot revealed is a standard Trade Federation battle droid, which sports a Geonosian coat of paint, a blaster, binoculars, and the severed head of C3PO. Yes, it’s for the scene where the awful droid gets transplanted onto a Trade Federation trooper, but my toys, my fantasy. This particular figure also has a high amount of articulation, so you’ll be able to pull off quite a few poses with it. Or several of them, if you can afford to purchase an entire battalion. 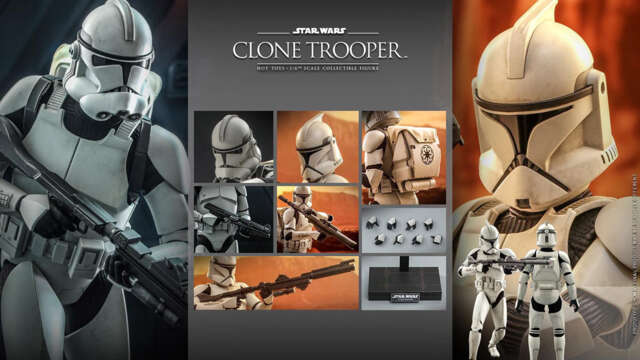 On the bad side of the Republic, the Clone Troopers are making their debut. Clad in the signature first-generation armor of this mighty army, each Clone Trooper is packing some serious heat. A blaster rifle, a pistol, and a rocket launcher make each trooper a walking arsenal, and is complemented by alternative hands and a weathered backpack. 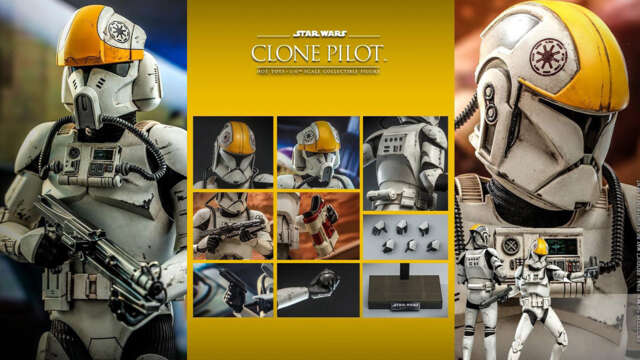