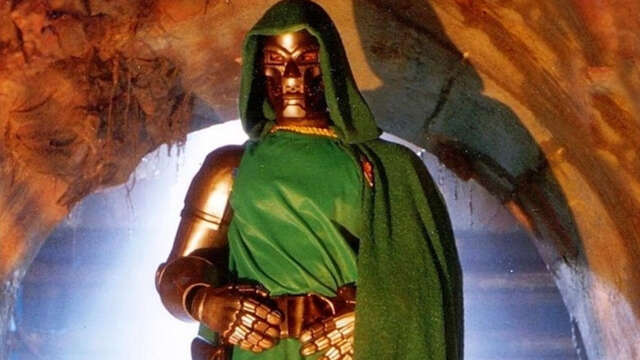 In 1998, Blade came out, and the film was one of the first legitimately good comic books movies in a very long time–even if parts of it feel like dated rave scenes. After that, we saw Spider-Man, X-Men, and so many more. It was the cusp of the golden age of superhero movies. However, in order to get there, a lot of stinkers had to be released.

During the ’90s, film studios were buying the rights to comic books left and right, and while these films were trying to find their footing, a lot of bad ones got released. Even if studios tried to utilize big name stars to push out a superhero flick, it didn’t matter unless the story was good. Unfortunately, at this point in time, comic book movies hadn’t found their footing just yet.

So going through the history of cinema, we present to you the 11 worst comic book movies of the 1990s. Sure, they may be a lot of fun to watch now, but none of these movies are really considered to be great by anyone. So sit back, relax, and check out some of the worst Hollywood had to offer before the MCU became a thing.

Check them all out below, in no particular order. Ok, that’s a lie. It’s alphabetical order. 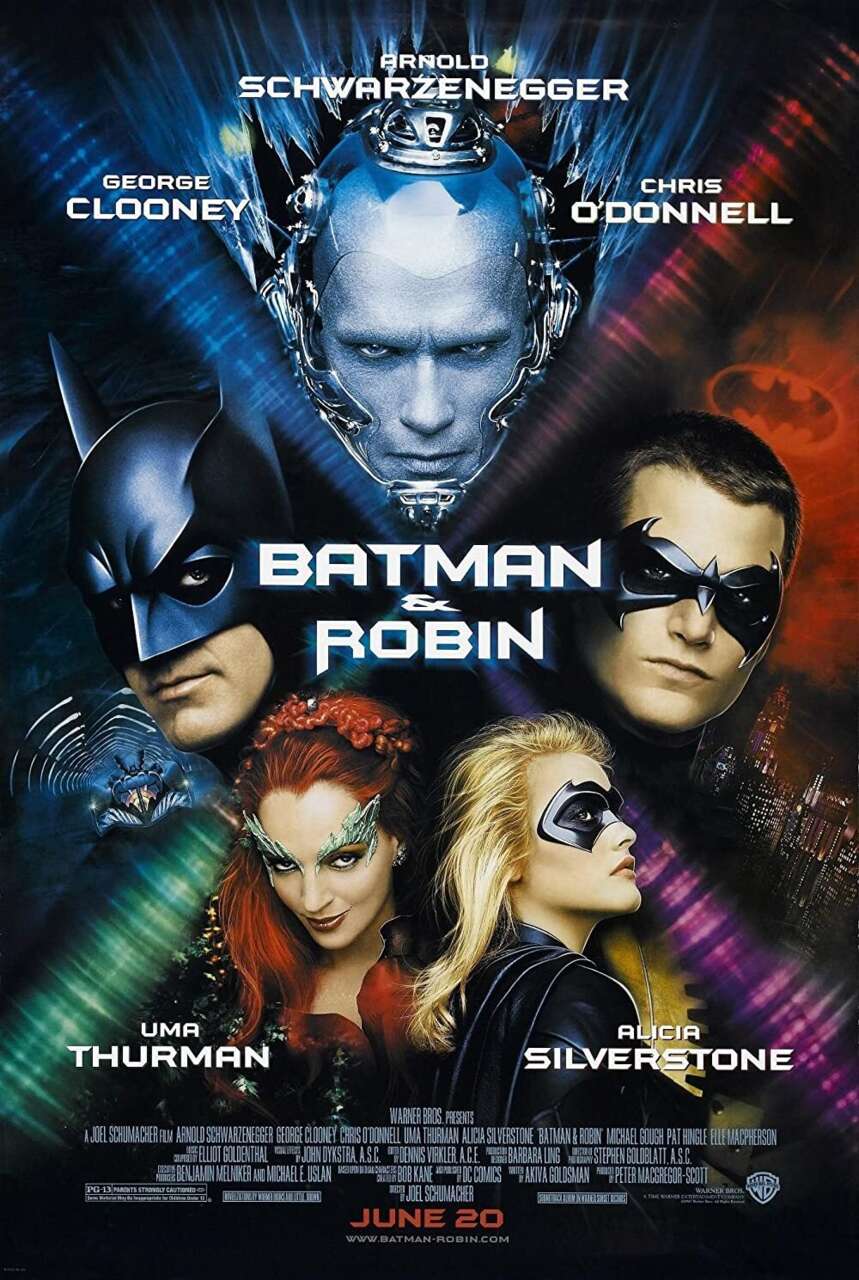 Apparently, 1997 was a bad year for comic book movies, as you’ll see on this list. The fourth movie in the Batman series, which was started by Tim Burton and ended by Joel Schumacher–was a bit of a mess, as it was the exact opposite of look and tone set by Burton at that point. Taking plays moreso from the 1966 Batman series rather than Burton’s creation, the last movie features George Clooney as Batman, Chris O’Donnell as Robin, Alicia Silverstone as Batgirl, Arnold Schwarzenegger as Mr. Freeze, Uma Thurman as Poison Ivy, and Jeep Swenson as Bane. Batman and Robin is a really bad movie, but astonishingly, it’s a lot of fun to watch currently. It’s mindless, silly, and fun. I mean, we have a whole other gallery dedicated solely to Arnie’s ice puns from the movie. 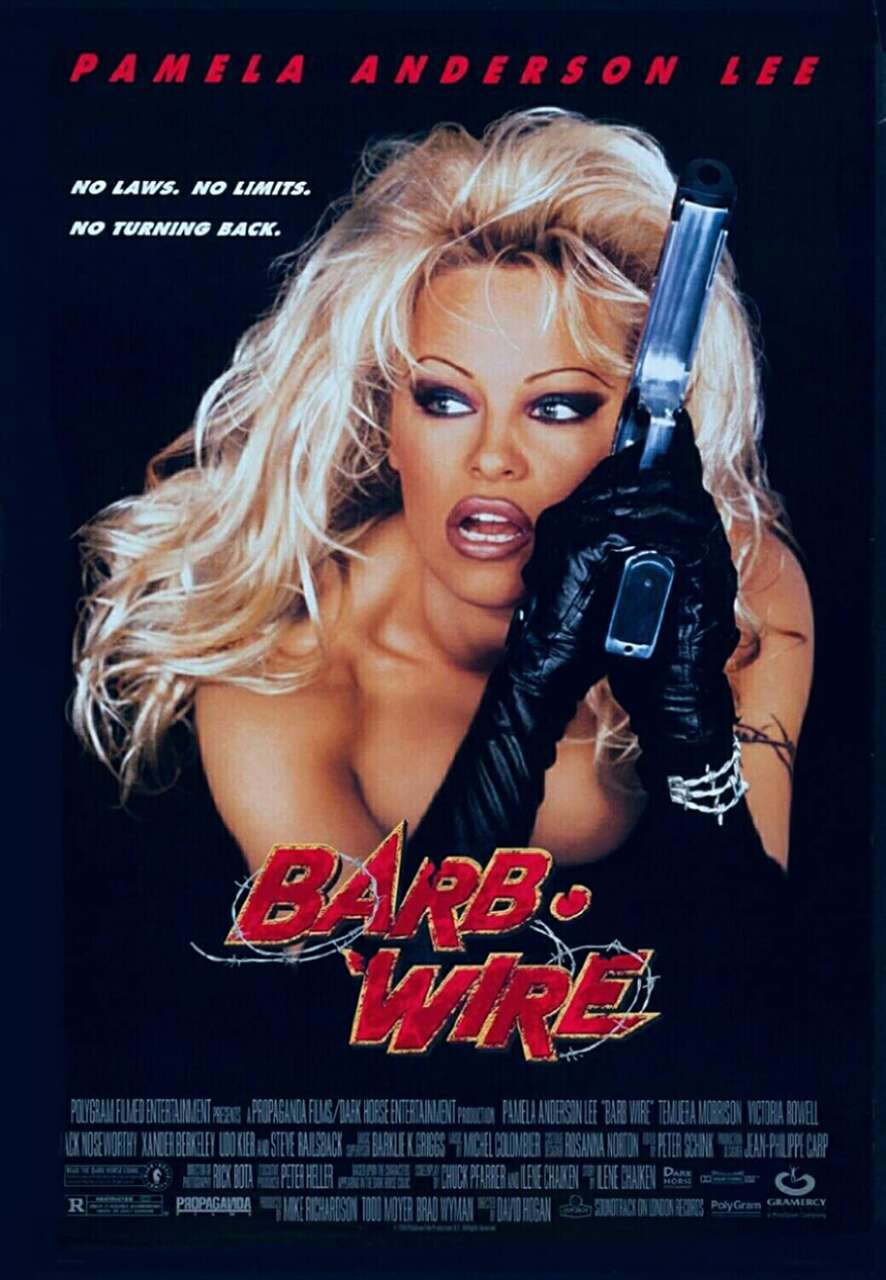 Barb Wire was supposed to be Pamela Anderson’s breakout film, after having a successful run starring in Baywatch. Based on an indie comic of the same name, the film takes place during a second American Civil War in the far future of 2017, and Anderson plays a bounty hunter, caught in the middle of a conflict. However, the movie comes off as a campy, convoluted mess. 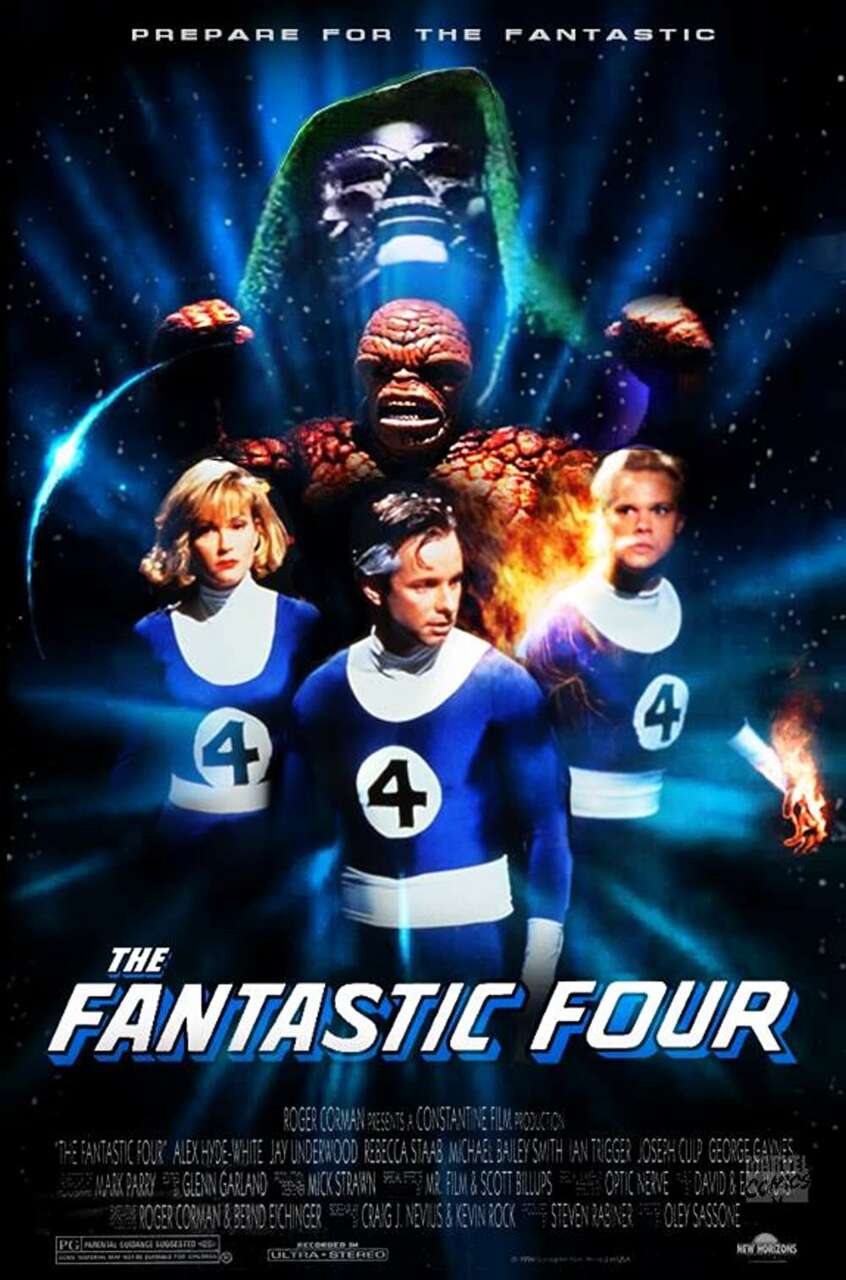 This is a little bit of a bonus because it was never released theatrically. The infamous Roger Corman Fantastic Four movie–which he executive produced–was in itself an interesting story as it was made in order to keep the film rights for the FF. The documentary Doomed!: The Untold Story of Roger Corman’s The Fantastic Four covers this extensively. Corman’s film used to be something you picked up from a bootlegger at your local comic convention, and it’s bad. It’s oh so bad. But it’s kinda endearing to see what this group did with little money, knowing the film was never supposed to see the light of day. 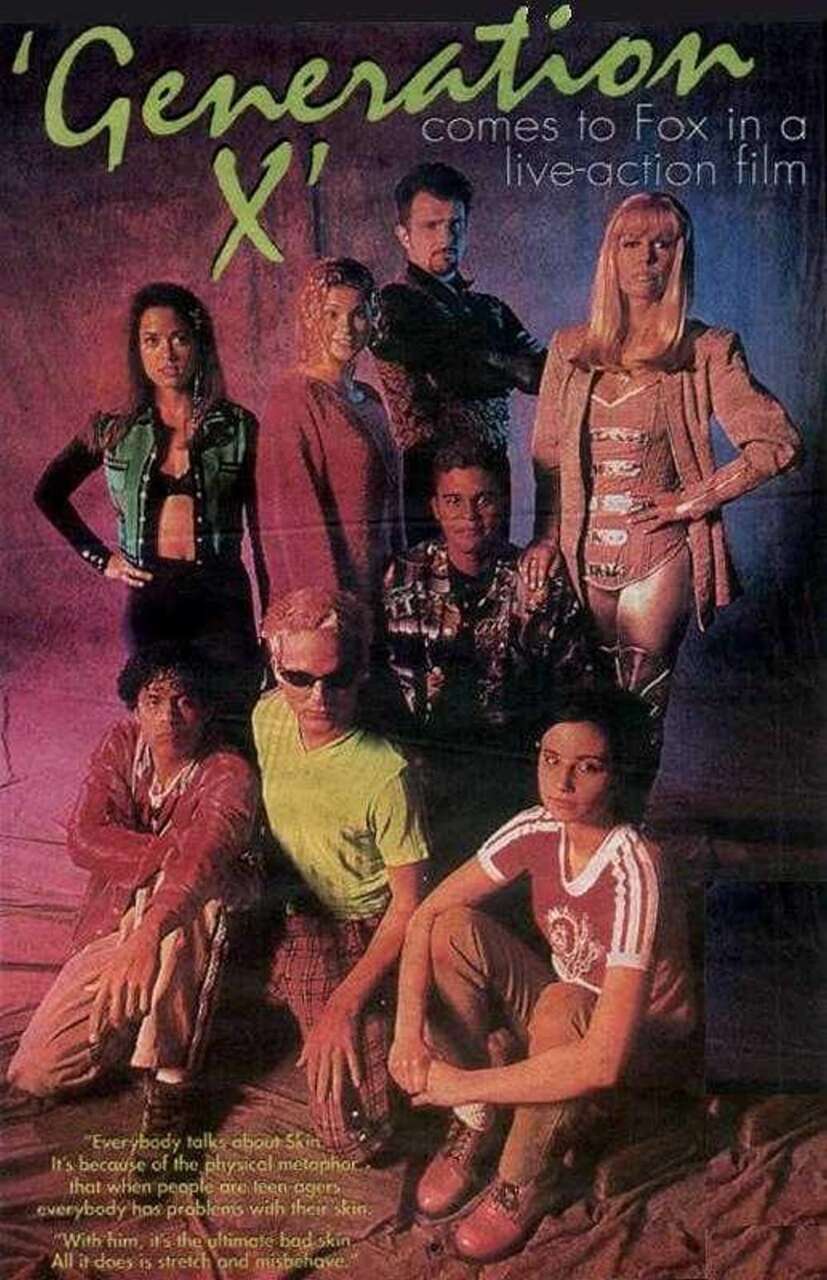 Much like the Nick Fury movie you’ll see later on this list, Generation X was a made-for-TV movie following a group of young mutants training at a school for heroes. Does this sound like the X-Men? Yes, and that’s because, in the comics during the ’90s, Generation X was a book showcasing newer, younger mutants. The TV movie features a few well-known mutants like Jubilee, Banshee, Emma Frost, Angelo Espinosa, Mondo, and more. However, this is a made-for-TV movie that needs a Hollywood blockbuster budget, so it obviously looked pretty cheesy. 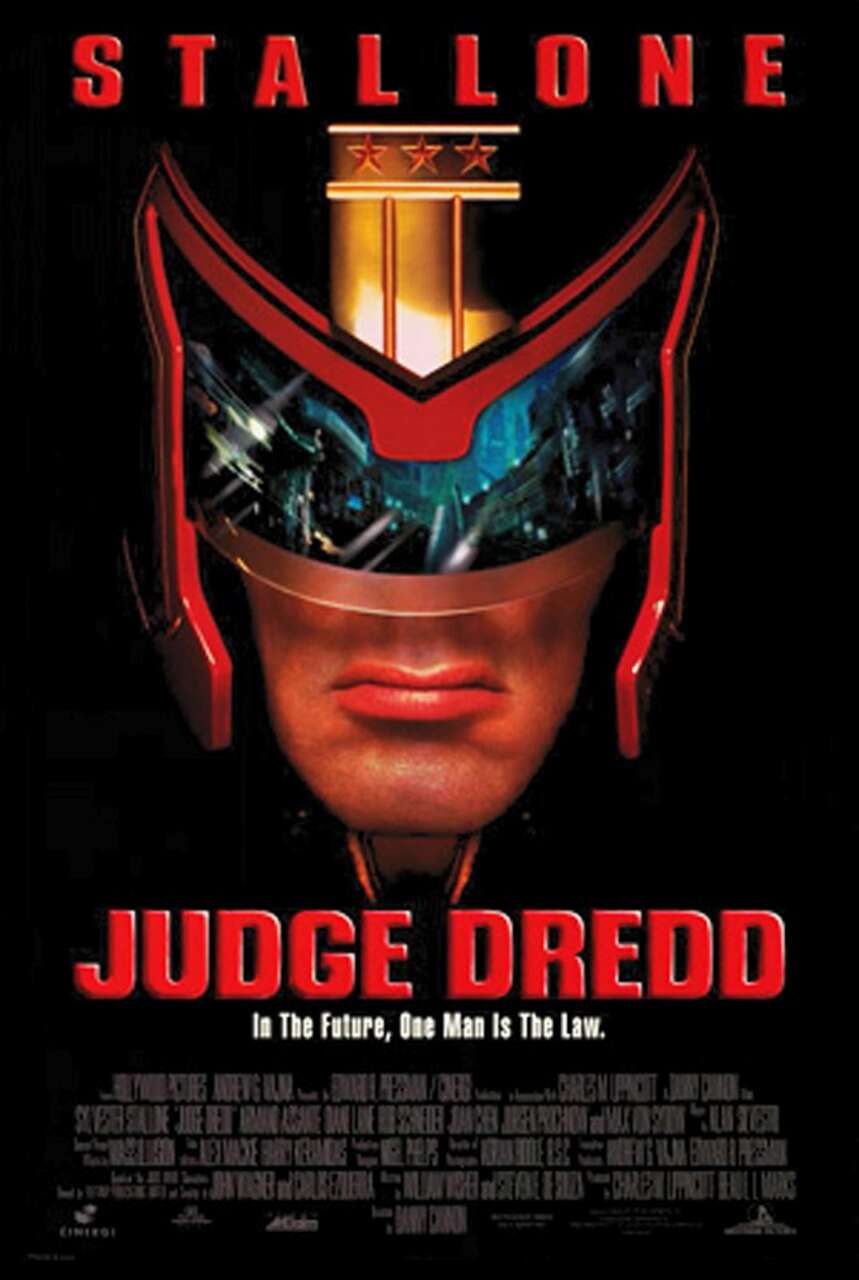 The first Judge Dredd movie had some egregious moments, mainly Dredd taking off his helmet and it being turned into a buddy cop movie with Rob Schneider in the co-starring role. And while 2021’s Dredd is a brilliant take on the property, Sylvester Stallone’s Judge Dredd understood and adapted ideas, looks, and parts of the 2000 AD world better than Karl Urban’s version. Yes, Judge Dredd is a bad movie, but it looks great, almost 30 years later. It’s bad, but not as bad as we remember. 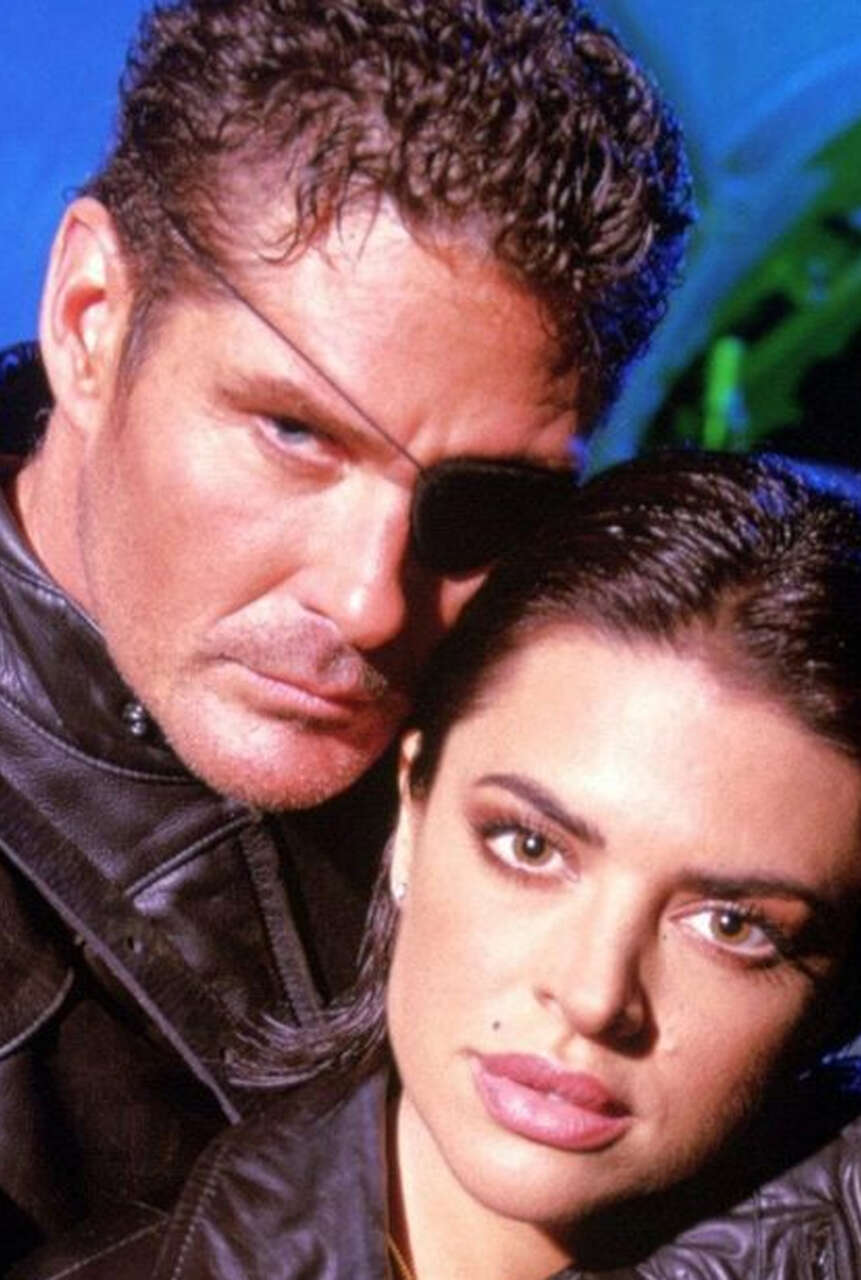 Samuel L. Jackson wasn’t the first person to don the iconic eyepatch. Written by David S. Goyer (Blade, Dark City, Batman v. Superman), David Hasselhoff plays the leader of SHIELD as he has to take on Hydra. The film features some familiar characters that already live in the MCU like Contessa Valentina ‘Val’ de Allegro Fontaine, Dr. Arnim Zola, and Baron Von Strucker. However, it is a made-for-TV movie in an era before the current golden age of television, so it’s cheesy. 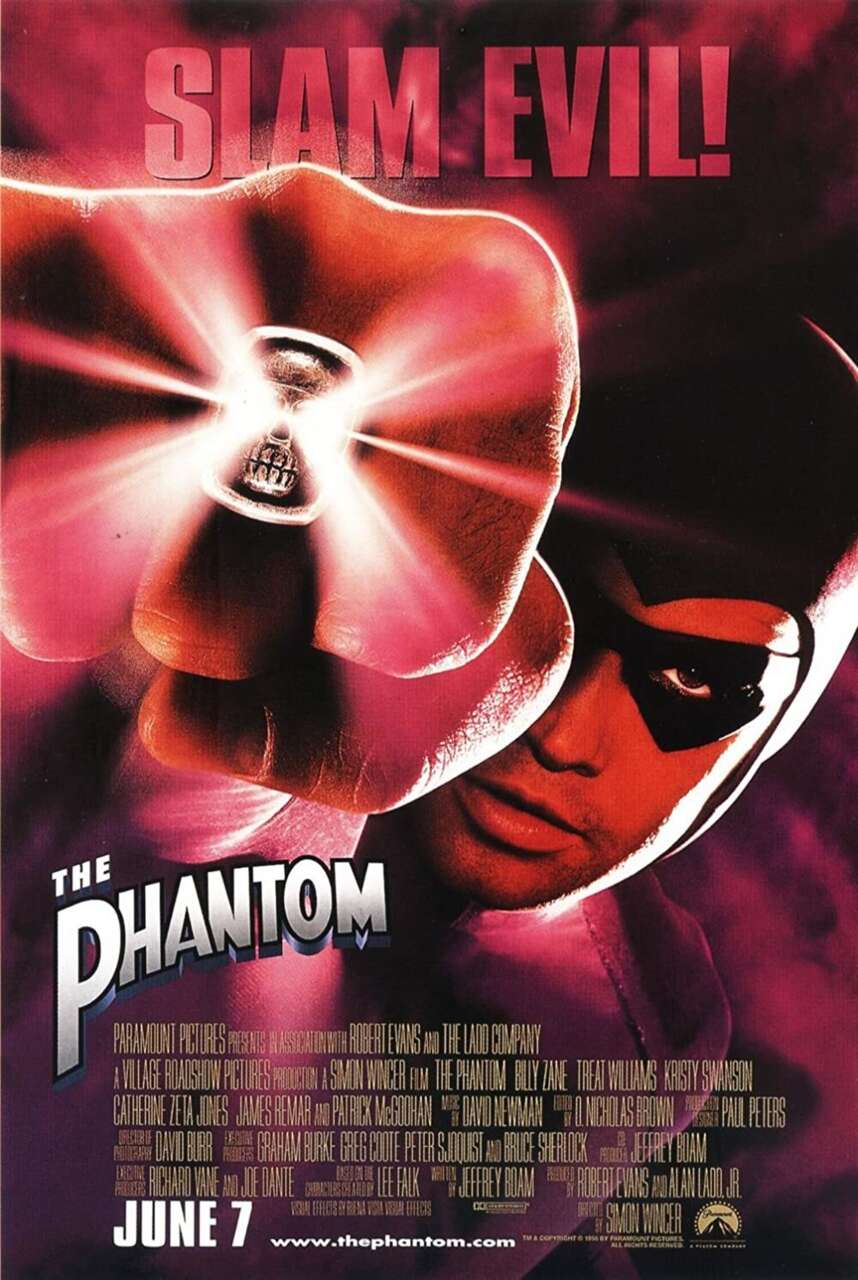 The Phantom originates back in 1936 as a comic strip, and the movie follows a man who becomes the titular character that swears an oath to bring down the evils in the road–and he must stop a businessman from acquiring magic skulls that would give him ultimate power. The Phantom came out during the first wave of comic book movies where studios were picking up every property they could and every film came off as campy and cheesy. The Phantom is the epitome of this. 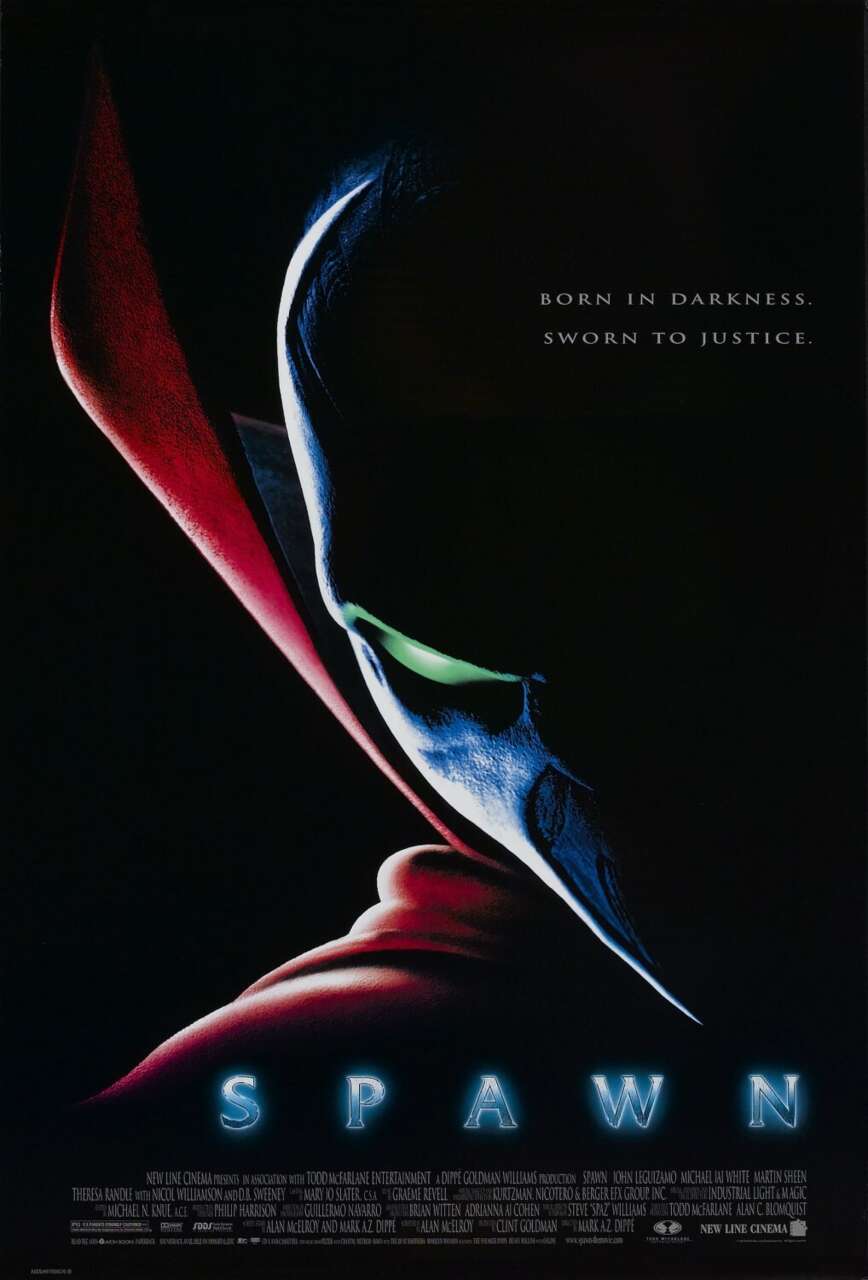 This was a big year for the Image Comics’ character. HBO ran a Spawn TV series that was pretty much a straight adaptation of the comic, and it was good for its time. Then, Spawn got a Hollywood movie, and it wasn’t good. The film follows the titular character (played by Michael Jai White), a mercenary who is killed, goes to Hell, then comes back as a soldier for the Devil. The special effects were bad, and what was packed into the film–story wise–just didn’t work. 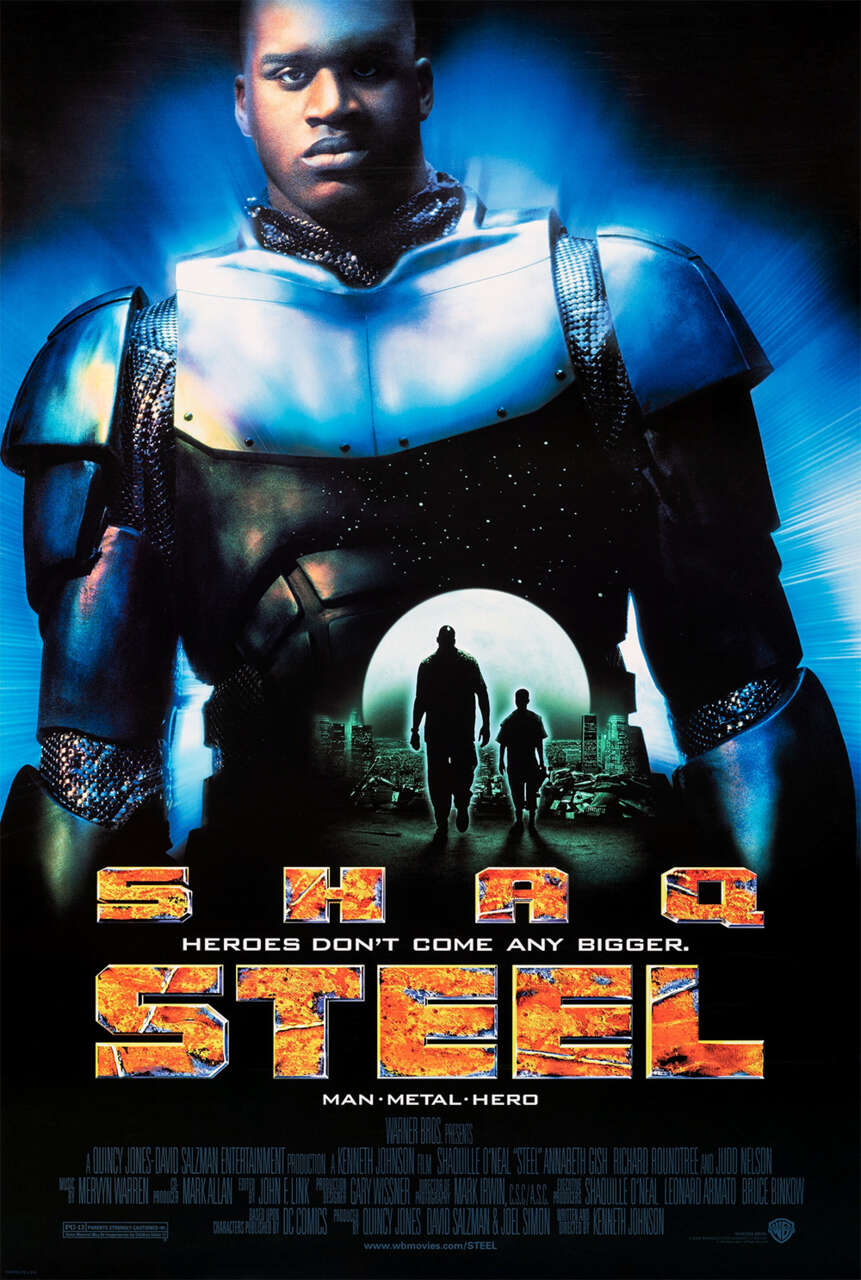 In late-1992, Superman died in the comic books, and following that, there was a resurrection where we got the first Black Superman, named Steel. Shaquille O’Neal starred in a solo film about that character becoming Steel. He plays a military scientist who creates a suit and weapons in order to fight against evil. It’s a bad movie, in which a non-actor has the starring role–he got a bit better as an actor later, but this is one of his roughest outings. Steel is borderline fun to watch, as long as you understand that this movie isn’t trying to win any awards. 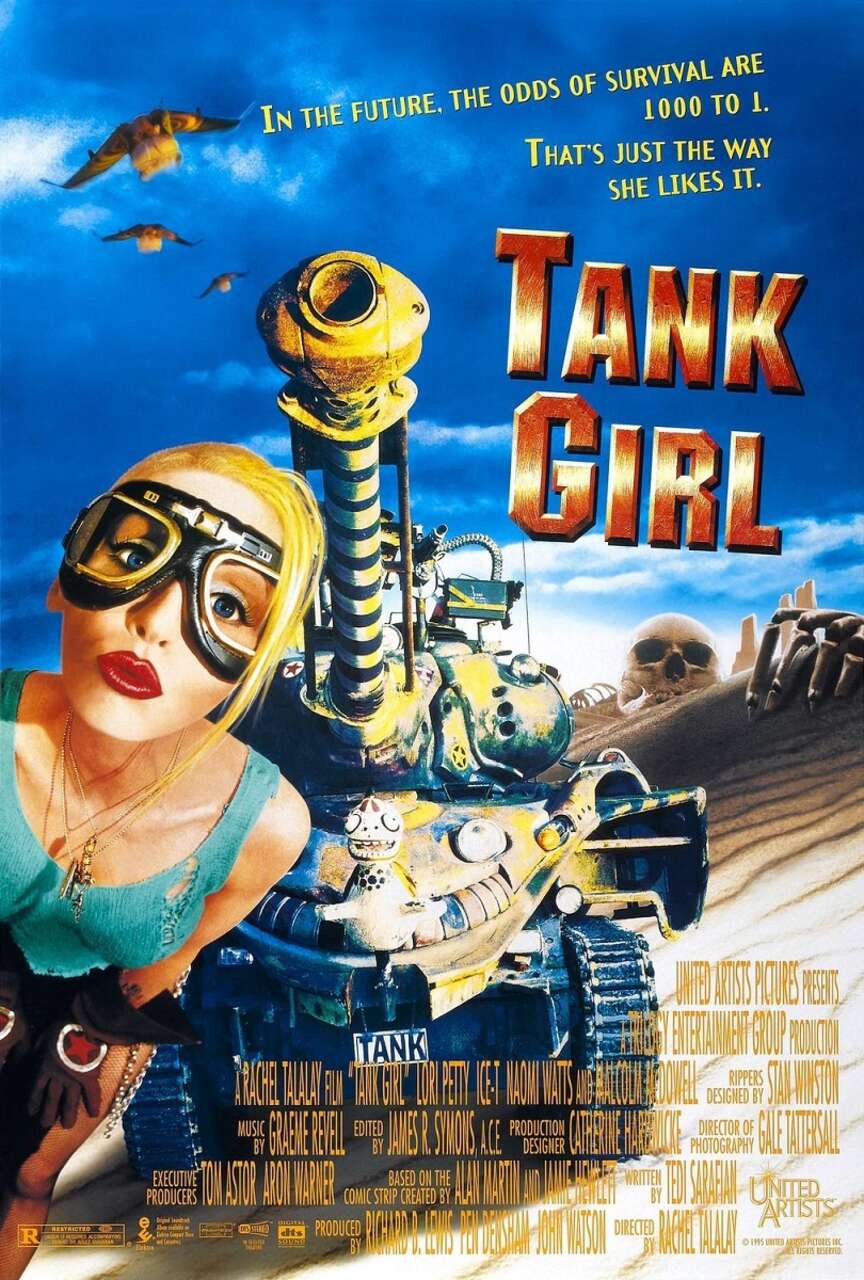 Lori Petty stars in this movie, which takes place in a future where most of humanity has died, and the titular Tank Girl has to break her friend out of imprisonment by the corporation that rules the area. While Tank Girl is a fun movie from a campy era in comic book movies, it isn’t good. It’s a bit of a mess and can be sensory overload for some audience members. 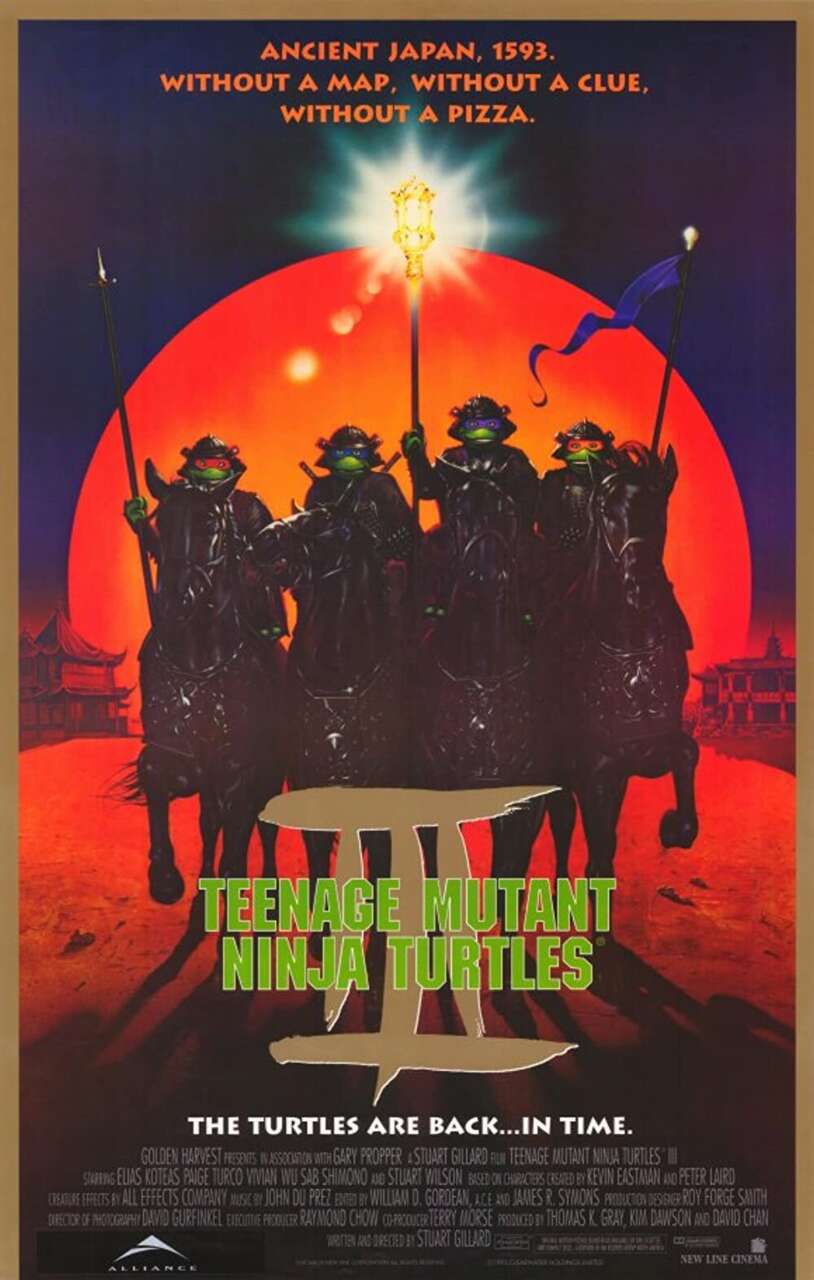 While the first two TMNT movies are iconic and woven into the cultural fabric of the early-90ss and early-90s, the third movie in the series misses the mark in a massive way. It doesn’t feature a familiar villain for fans to latch onto and the general plot doesn’t differ much from the first two movies. Sure, time travel is involved, but without raising the bar–story wise–this run of TMNT live-action movies fizzled and died here. Also, the turtle costumes have never looked worse. The one thing it has in its favor is the return of Corey Feldman as the voice of Donatello.