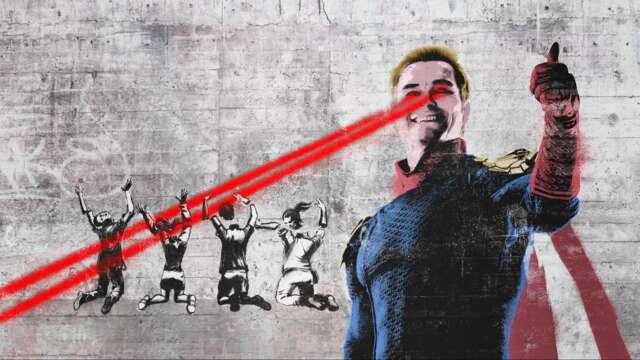 For multiple awards seasons, Amazon was shut out by streaming services that had dedicated themselves to the production and development of top-drawer content. Amazon Prime Video, on the other hand, was the service that many streaming subscribers forgot they even had; it was just an extra perk for users who subscribed to Amazon’s express and same-day delivery options.

But that was then and today Amazon Prime Video has a competitive content lineup. Season 2 of The Boys became the first non-Netflix show to crack the streaming viewership Top 10, logging over 891 million minutes viewed total, according to Nielsen.

There’s far more to Prime Video than just The Boyd, though. What other shows deserve this type of loyal viewership? Here are 20 must-watch TV series on Amazon Prime Video–both originals and fan favorites acquired from other networks–ready to be streamed right this second. 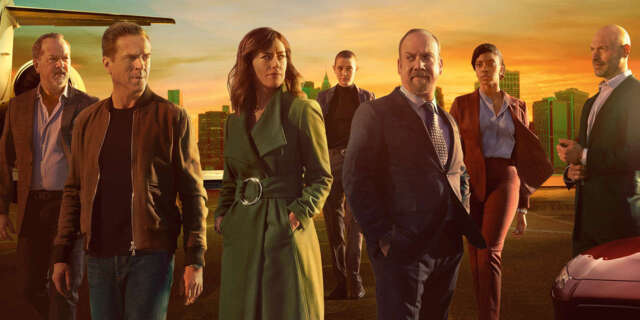 It’s a high-stakes game of cat-and-mouse between a billionaire hedge fund manager and the prosecuting attorney who wants to nail him to the wall. Season 5 just ended. Season 6 will be the series’ last, so this is a great time to catch up and binge. 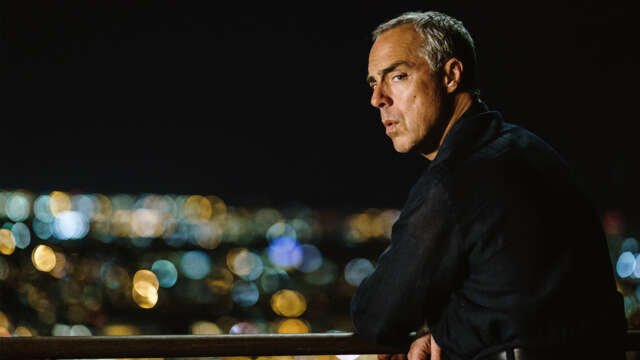 Based on the police procedural book series by Michael Connelly, this show is a character study of Harry Bosch, a Special Forces operative and war veteran turned LA police detective. Gritty and uncompromising, Bosch concluded its final season this past June; a spinoff series will commence in March 2022. 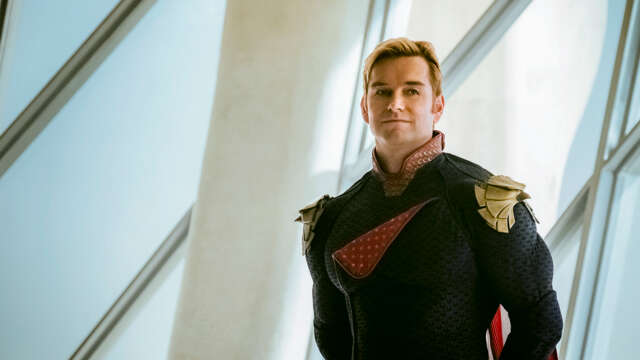 Darkly funny and consistently horrific, The Boys imagines a world dominated by superheroes who are amoral at best and psychopathic at worst. The characters are lightly veiled parodies of the Justice League, and the worst of them is Homelander, a Superman who is an absolute jerk and seems like he’s one bad day away from killing the billions of people he claims to be protecting. 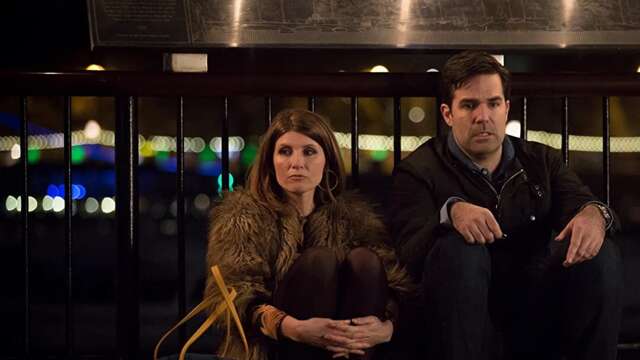 An Irish woman and an American man have a six-day fling when he visits London on business. She later discovers she’s pregnant, and he moves to London to help her raise the child. Nominated for multiple BAFTA and Emmy awards, the show featured Carrie Fisher in her final TV role. 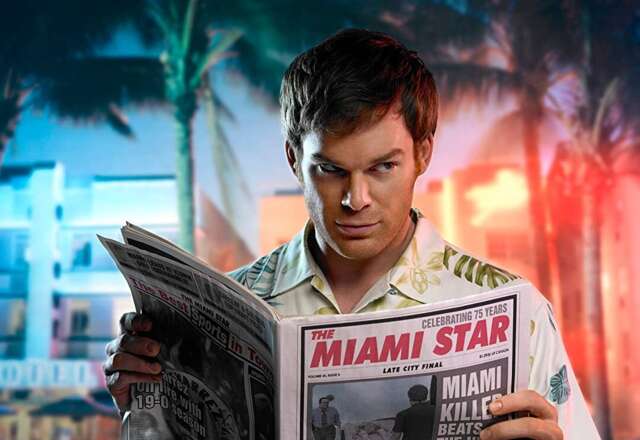 This is both a cop procedural and a character study of Dexter Morgan. By day, he’s a blood spatter analyst for the Miami police. By night, he’s a prolific serial killer, who specifically targets murderers that the law can’t touch. A mini-series, Dexter: New Blood, is currently airing and serves as a sort of epilogue to the core series. 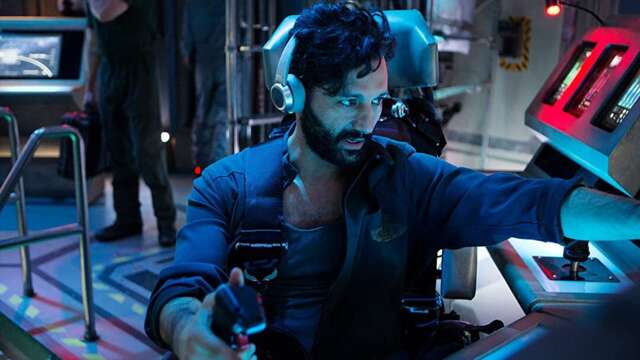 Centuries into the future, humans have colonized the solar system, and Earth and Mars are locked in a cold war that threatens to heat up. The show was originally released on Syfy, but Amazon saved it from cancellation, becoming Expanse’s exclusive home starting with Season 4. The sixth and final season premieres on December 10. 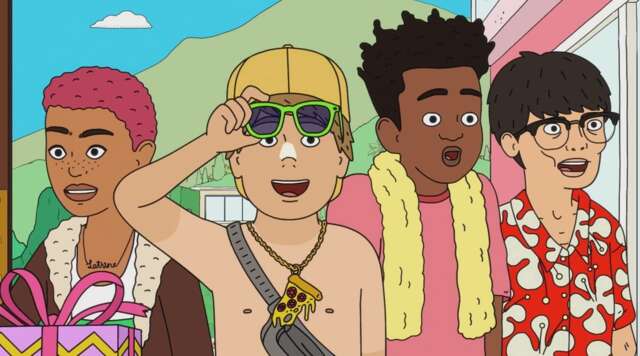 Animation has become the preferred medium for exploring the indignities of puberty. This animated comedy, about four clout-chasing 13–year-olds who live in Los Angeles, has plenty of material to goof on and parody. 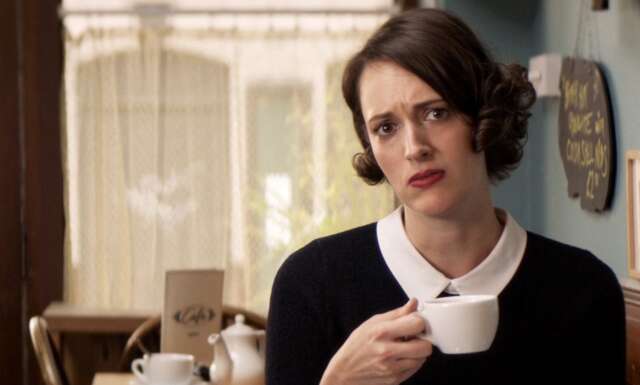 Phoebe Waller-Bridge took inspiration from her own life to create this Emmy-winning comedy, about a young British woman who’s trying to keep her life together while wrestling with grief and loss. 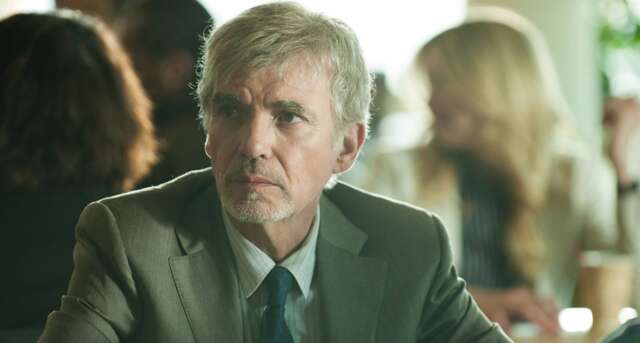 A down-on-his-luck, washed-up lawyer takes on the client of the massive law firm he helped found and create. It’s an old-school procedural with an episodic feel to it. 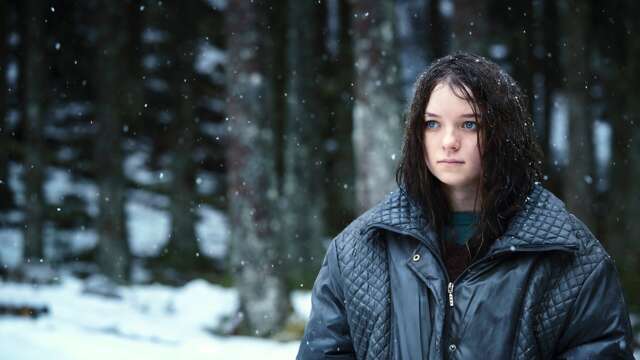 A 15-year-old girl, bioengineered by the CIA to be an enhanced individual, is secretly raised in the forests of Poland after the CIA cancels its project. When the CIA learns of Hanna’s existence, she goes on the run across Europe. 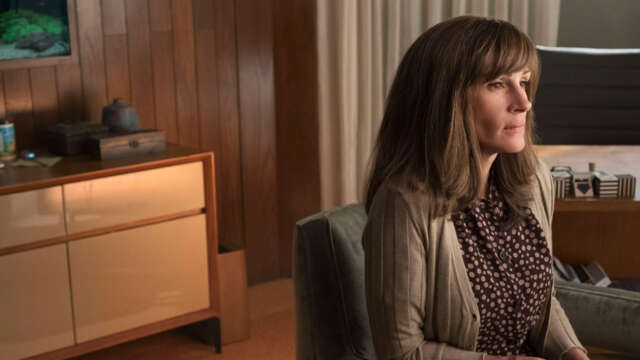 Julia Roberts stars as a former social worker at Homecoming, a facility that helps soldiers transition back to civilian life. But after leaving the organization, she discovers that her memories have been tampered with, and she suspects that the true purpose of the facility may have been more sinister. The show spills just enough breadcrumbs to keep you watching. Roberts didn’t return for Season 2, which instead starred Janelle Monáe. 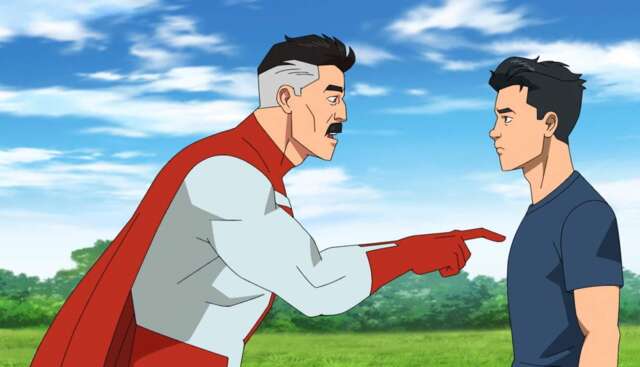 Based on the comic book series of the same name, Invincible stars Steven Yuen as a superhero in training under the tutelage of his father, one of the most powerful beings on earth (who may not be such a good guy). Talk about living up to expectations.

13. The Man in the High Castle 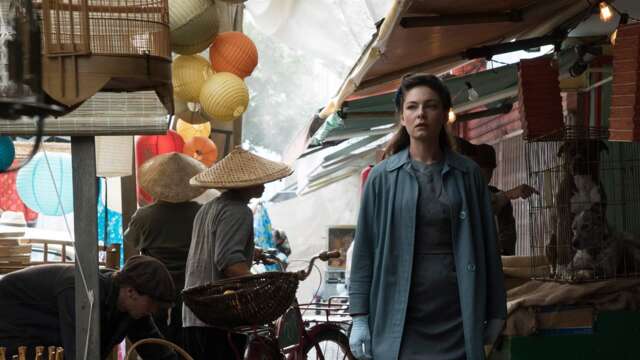 Based on the beloved sci-fi novel by Philip K. Dick, The Man in the High Castle asks the ultimate ‘what if’ question: What if Germany and Japan won World War II? The answer to that question is a fleshed out, fully realized alternate history, in which Hitler rules Europe and half of the United States. 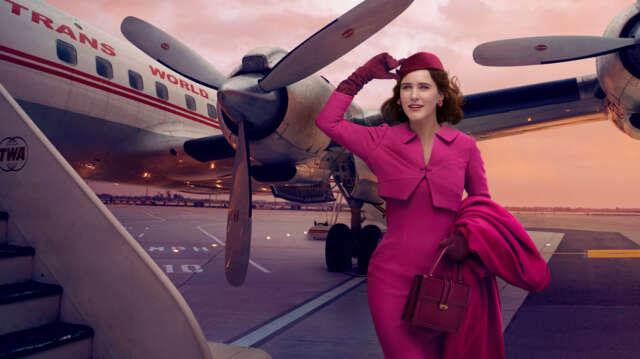 In this Golden Globe and Emmy-winning comedy, a 1950s housewife discovers her hidden talent for stand-up comedy and decides to pursue a career in it. Aside from the clever writing, the sets have a stylish, retro feel that’s immediately appealing. 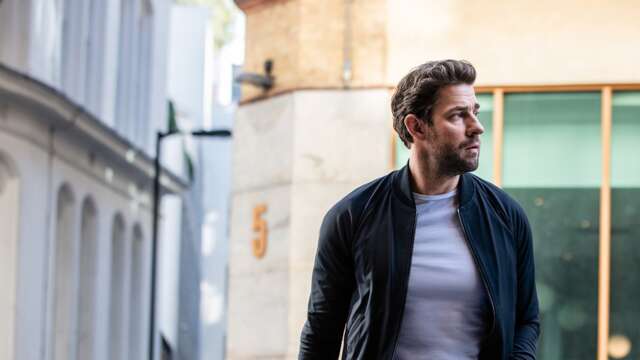 John Krasinski, also known as Jim Halpert from The Office and the director of the Quiet Place movies, is the fifth man to step into Jack Ryan’s CIA shoes. Krasinski says that Harrison Ford’s iteration of the character is his inspiration. 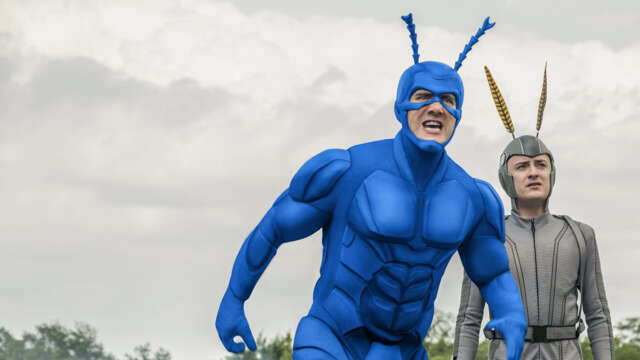 Cartoonist Ben Edlund has attempted to turn his beloved comic characters, The Tick and Arthur, into full-fledged TV superheroes on three separate occasions. The first was in 1994. The second was in 2001. This latest try might be the best effort thus far, but unfortunately, it only lasted two seasons. 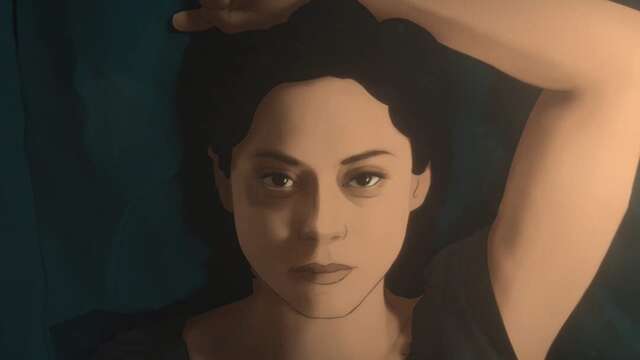 This is the latest project by Raphael Bob-Waksberg and Kate Purdy, the geniuses behind Bojack Horseman. Like Bojack, Undone deals with existential angst. Rosa Salazar plays Alma, a young woman who gains the ability to manipulate time after a near-fatal car crash. She uses her gift to investigate her father’s death. 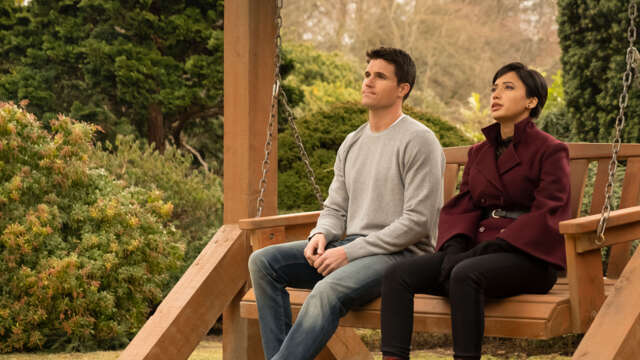 The premise is delectable: A little over a decade from now, humans gain the ability to upload themselves to a digital afterlife upon death. Such is the fate of Nathan, who lives in a digital heaven. He communicates with his human handler, who suspects her client may have been murdered. 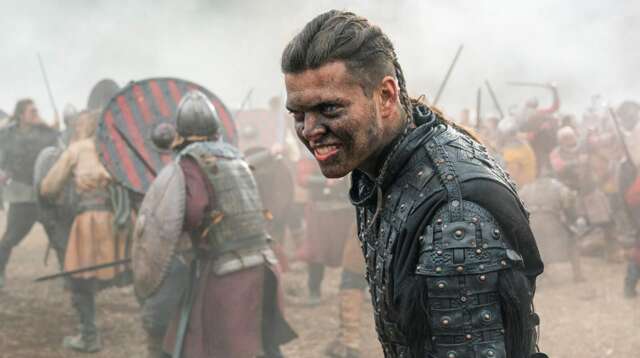 Set in 793, Vikings is a dramatic tale of legendary Viking Ragnar Lothbrok, best known for sacking England. The series traces him from his humble beginnings as a farmer to his crowning as a Scandinavian king. 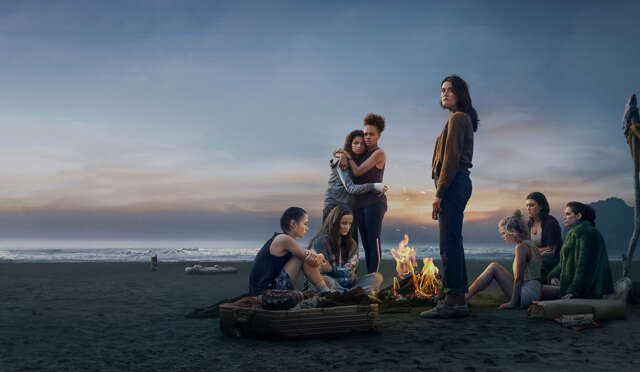 Nine girls crash their plane onto a deserted island and must fight to survive. They eventually discover that the accident may have been staged and that one–or more of them–might be in on it.