It’s the end of the world as we know it. 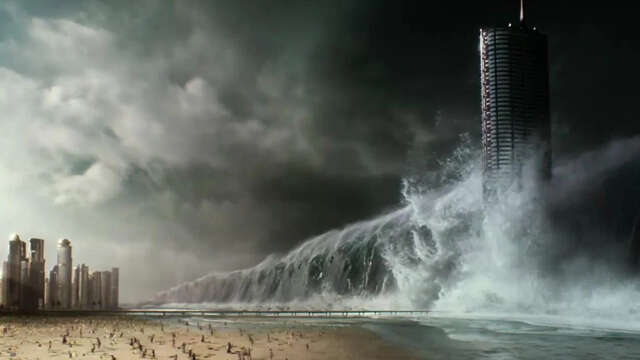 Hollywood’s–and our–obsession with the end of the world is undeniable. The ’90s and ’00s were filled with movies that saw the near destruction of the planet and/or the human race. And most of them were extremely fun. Whether we were laughing with or at the events of the film, we all tended to have a pretty good time watching them.

However, there was a specific type of end-of-the-world movies we saw quite a few of, and that’s the natural disaster movie. There were movies about tornadoes, volcanoes, earthquakes, and even ones about boats flipping over–destruction on a micro level. Some of the wildest disaster movies followed the destruction (or near-destruction) of the planet Earth.

And who doesn’t want to see some of the world’s greatest architectural achievements get knocked down by a giant wave or comet or set on fire in a movie? That’s what some of the most entertaining natural disasters movies contain–destruction. Combing through some of the craziest summer blockbusters, we settled on eight movies that embody the wackiest, silliest, most fun to watch planet-destroying natural disaster movies of all time. And before you all come at us and say, “Why isn’t Sunshine on this list?,” that’s a classic sci-fi masterpiece, not a zany end-of-the-world destruct-o-thon. Anyway, enjoy these must-watch disaster movies you need to put on your queue list right now. 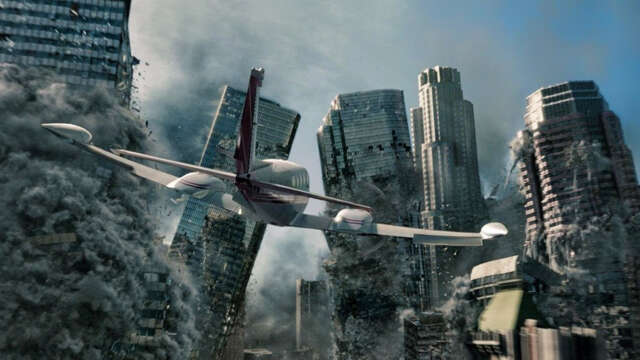 Remember in 2012 when a bunch of people thought the world was going to end in December of that year because a Mayan calendar was going to end and there was a secret planet that would crash into Earth or whatever? Well, that’s the plot of 2012. The world is ending and limo driver Jackson Curtis (John Cusack) is trying to get on these ships for the rich and famous which will save him and his family from world ending doom. The plot is exceptionally wacky–and doesn’t make a lot of sense–but seeing as it’s an Emmerich film, it’s non-stop destruction and totally fun. 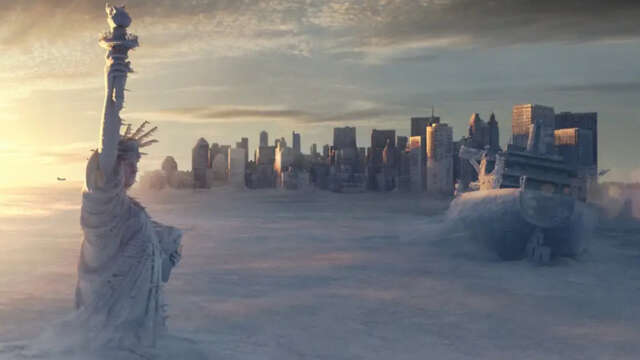 Because of climate change, the world is heading into a new Ice Age, and northern North America is becoming frozen. During this storm, which can just freeze everything in its path instantly, including humans, a scientist is traveling by foot from Washington D.C. to New York City in order to save his son. Emmerich is mainly known for blowing up famous landmarks in his movies. This time around, he freezes them, and it’s just as satisfying. 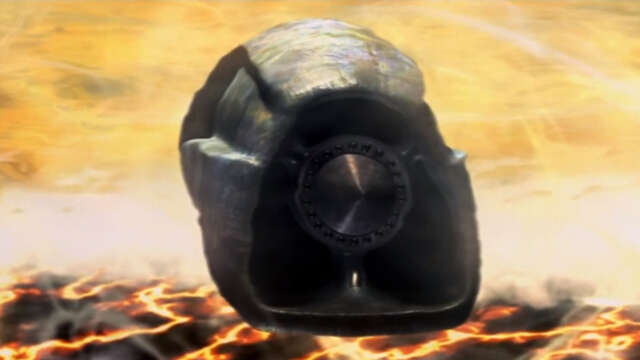 The Earth’s core has stopped spinning, and because of this, the world is ending. Storms are destroying the planet, lightning crashes (a new mother cries), and space shuttles are crashing into the LA river. And the only way to stop it is to create a ship that can drill through the Earth and set off an atomic bomb in the core of the Earth. The highlight of the movie is the moment where the crew of this ship realizes there are giant diamonds underneath the Earth. 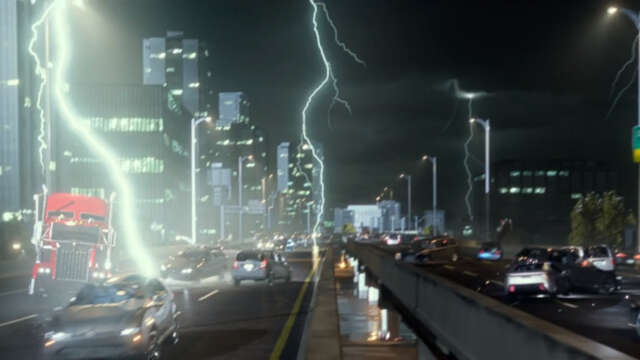 In order to control the global climate, a network of satellites are created and launched into space. However, after a few successful years with this tech, it goes wrong, and there’s a geostorm raging across the globe. It has all the scary hallmarks of a disaster movie: wild weather that can freeze you where you stand, giant tidal waves, and a lead character who lives in a trailer–drinking beer–that’s the only hope for the Earth. 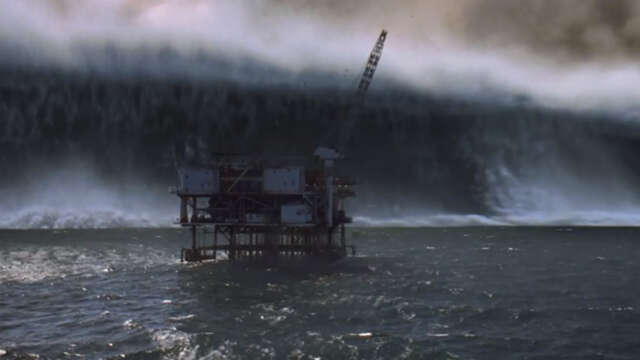 A comet is going to hit Earth, and the world has to brace for impact. The film is about mass human panic in a time of a near-extinction event. Yes, there are giant tidal waves, and yes, those giant tidal waves knock down skyscrapers like dominoes–it’s awesome. Of course, it wouldn’t be a destruction-of-the-Earth movie without some astronauts occasionally looking at the planet throughout the film, essentially saying “ain’t this some s***.” Lots of that here. 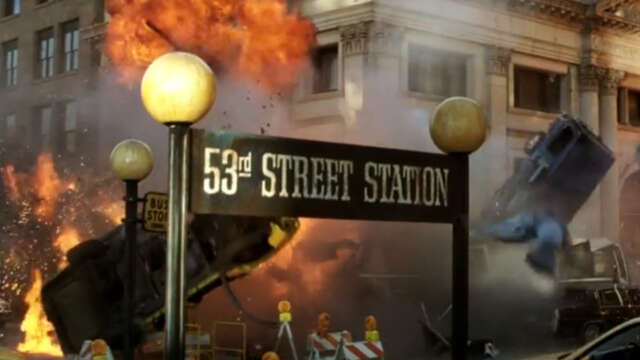 Armageddon is a lot like a proactive version of Deep Impact. “Oh, there’s a comet going to hit Earth? Let’s blow it up in space.” Those two movies even came out the game year. What a time to be alive. The plot sees a group of newly recruited NASA folk who are brought in for their ability to drill. This misfit gang of drillers are sent to space in order to drill into the comet and plant a bomb in it–destroying it. It’s the type of movie where you don’t want to close your eyes, and don’t want to fall asleep because you’d miss it, babe, and you don’t want to miss a thing. 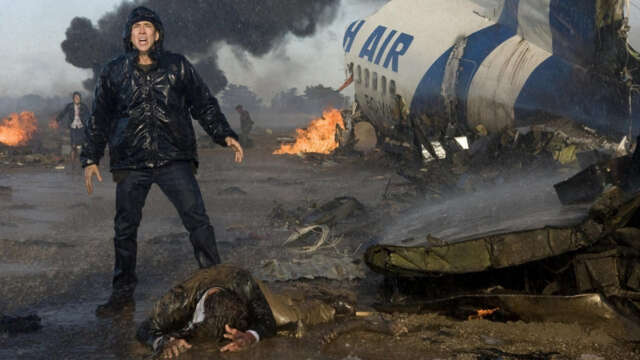 Nicolas Cage (this is your first sign you should watch this) plays a teacher who finds a list of numbers that predicts when people are going to die. However, the last numbers on the list seem to predict the end of the world. A solar flare pops off, and Cage’s character finds there are aliens disguised as angels helping take children off of the planet. This movie is a mouthful in the best way possible. And yes, the world gets destroyed. 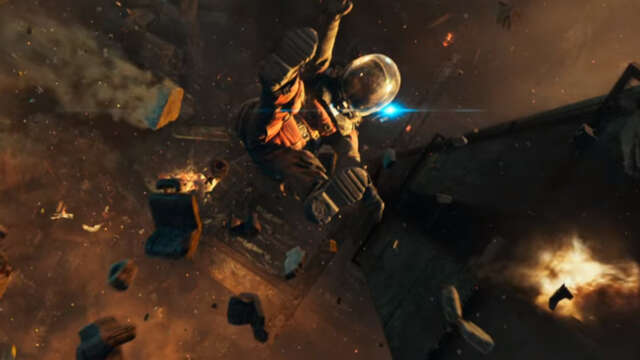 Easily the most ambitious and bonkers movie on this list, the Chinese film–which is on Netflix–sees an Earth that is going to be engulfed by our dying Sun. So giant rocket thrusters are built around the planet to make it into a spaceship in order to take it to a new star system. It’s everything you love about silly ’90s end of the world movies with a bigger budget and very fresh idea. Sadly, you don’t get the same “important monuments being destroyed” moments in this film because the Earth is already in shambles.