Super Smash Bros. games are best played with a GameCube controller, and for Prime Day 2021, customers can nab three wireless versions of the controller at a discount. Amazon currently has the triple pack on sale for $94–$25 off its usual price of $120. 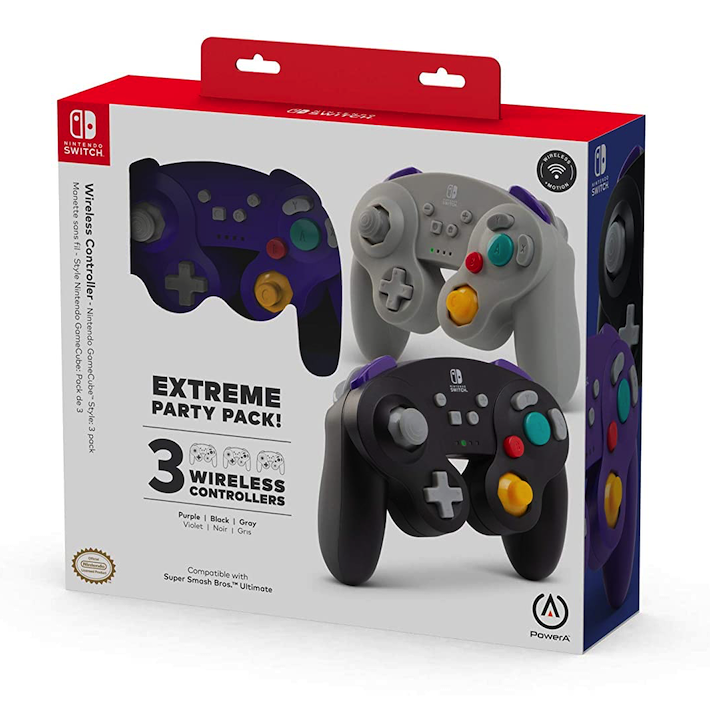 The pack comes with three controllers, one in purple, another in grey, and one more in black. They’re also certified by Nintendo and come with some improvements over the original GameCube controller, including a larger D-pad, a left shoulder button, larger shoulder buttons, and system buttons for the Switch, making them suitable for games other than Super Smash Bros. Ultimate.

While these controllers can be used wirelessly, they also come with a detachable 10ft USB cable, meaning they could also be used on PCs with the right programs installed. For wireless play, you’ll have to use two double-A batteries to power the controller.