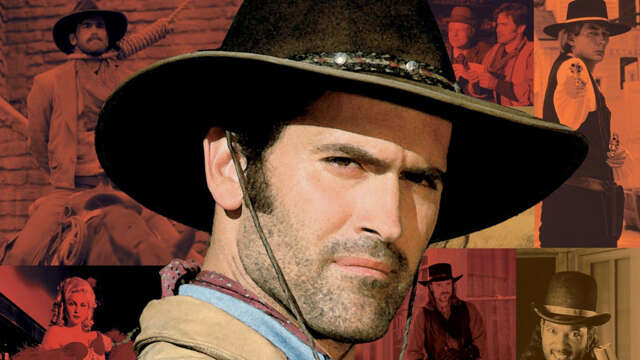 Over the last decade, there’s been a huge shift in TV. Instead of watching reruns on broadcast television and buying massive sets of DVDs and Blu-rays of your favorite series, most are turning to streaming. With services like Peacock, Netflix, HBO Max, Hulu, and Paramount+, it seems like almost any show you could possibly want is available to stream on-demand. Unfortunately, that’s not always the case.

In reality, there are hundreds of TV shows that are nowhere to be found on streaming services. Sure, you might be able to buy them digitally, but in a world where we subscribe to so many streaming options, you might be surprised at what you don’t have access to. Iconic shows like the sitcom Laverne and Shirley or the sketch comedy series like SCTV are nowhere to be found in the streaming world, which means, for a new generation that doesn’t spend their evenings surfing through cable channels, they are essentially lost.

We’re holding out hope, though. There are too many wonderful shows out there just dying for a chance to find new life on a streaming service. Here are 11 TV shows we think need to be picked up by one of the streaming services immediately. They’re too amazing to simply fade away.

1. The Adventures of Brisco County Jr. 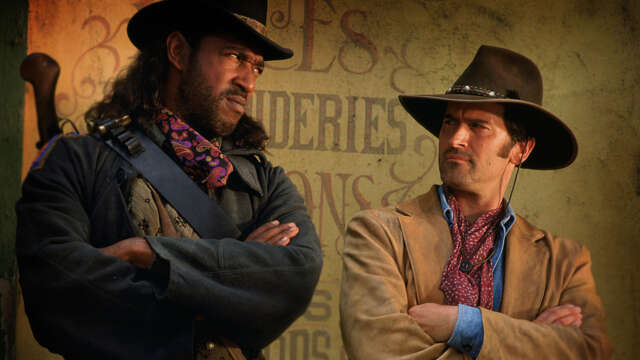 What do you mean you haven’t seen the early-’90s western adventure series starring Evil Dead’s Bruce Campbell? You’re truly missing out on a very underappreciated series. While The Adventures of Brisco County Jr. may have only lasted a single season, it remains a very entertaining show co-created by Locke & Key’s Carlton Cuse, with Campbell unleashing his unique brand of charm and charisma as a sheriff in the wild west. And yet, for some reason, it can’t be found on a streaming service. 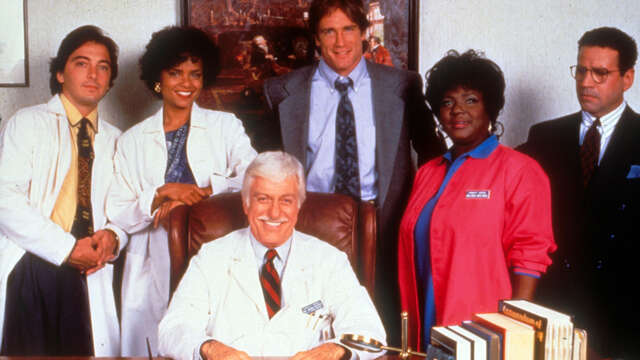 Diagnosis: Murder is one of those ’80s/’90s shows that essentially revolved around older people who weren’t police officers solving crimes. Most will remember Murder, She Wrote and Matlock, but what about Diagnosis: Murder? Dick Van Dyke played a doctor that seemed to be constantly surrounded by murder, which you’d think would make him seem pretty suspect. Instead, he helped his son–a cop–solve all manner of horrible crimes. Why isn’t this on streaming? It would be the perfect chaser to watching way too much Law & Order. Furthermore, Matlock also isn’t streaming for some reason. Someone needs to snatch these up. 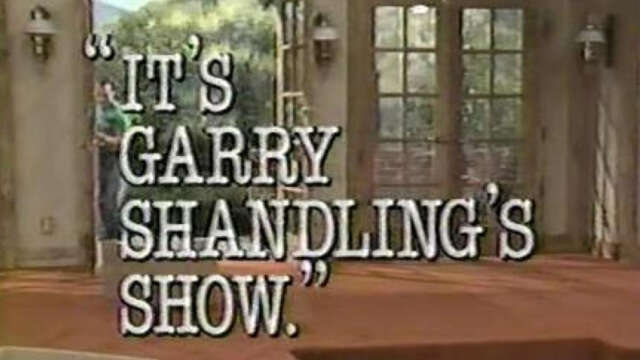 It’s Garry Shandling’s Show is a TV series so ahead of its time that it’s hard to believe. Starring Garry Shandling as himself, the show is a sitcom. However, Shandling realizes this and regularly breaks the fourth wall in a way that wasn’t very common on TV in 1986. It was a precursor to Shandling’s next series, HBO’s The Larry Sanders Show, but often isn’t remembered nearly as much. Perhaps, that would change if a streamer picked it up. 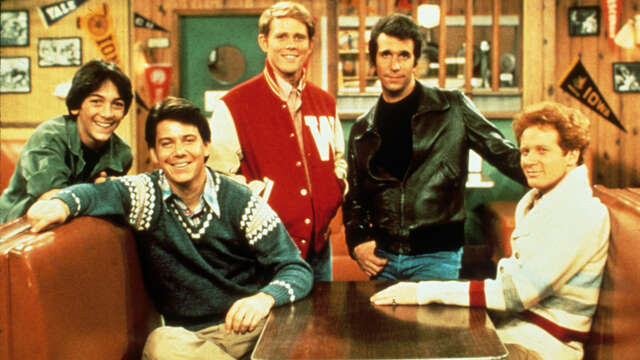 Sunday, Monday, Happy Days! It’s one of the most legendary sitcoms of all time, yet the only streaming option is a handful of Season 2 episodes on Paramount+. How will the youths learn about Fonzie and his incredible waterski jump over a shark if they can’t see it for themselves? Honestly, Happy Days is one of the best comedies in TV history and the fact that it’s hard to find on-demand is ridiculous. 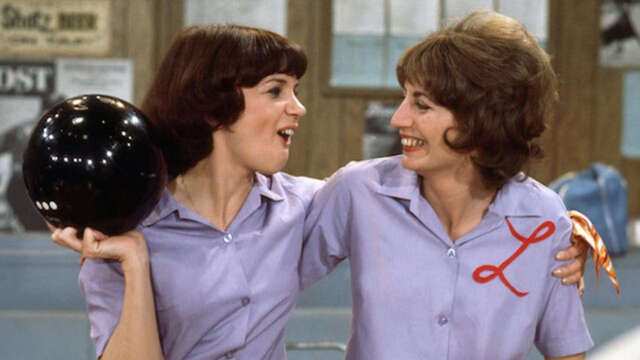 Speaking of Happy Days, why isn’t the spin-off Laverne & Shirley available to stream on-demand? The series lasted 178 episodes and even got its own animated spin-off. Surely (no pun intended) there’s room for it somewhere. 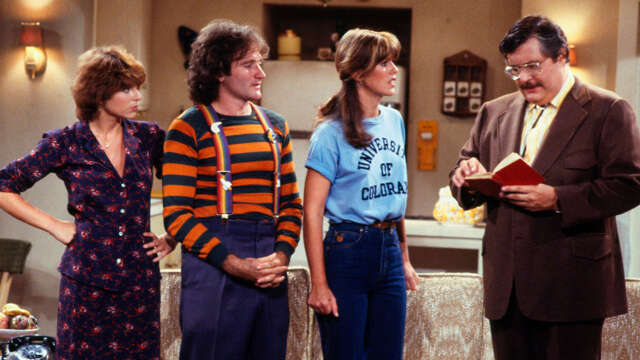 What’s that? You want another Happy Days spin-off? Done. Someone give us Mork & Mindy on streaming. The series is about an alien played by Robin Williams learning about and living on Earth with a human female (Pam Dawber). Mork & Mindy launched Williams’ career and, to this day, includes some of his most hilarious work. 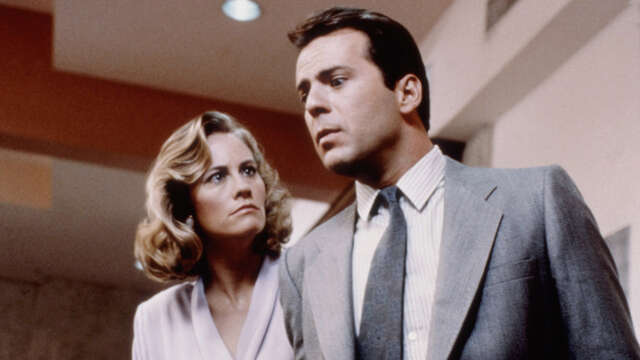 How is it possible that the TV series that launched the career of Bruce Willis is seemingly lost? The dramatic comedy starring the future Die Hard star and Cybill Shepherd is practically a masterclass in building romantic tension on TV, and also happens to be one of the best detective shows of the ’80s. Please, someone, buy the rights so we can all rewatch it, already. 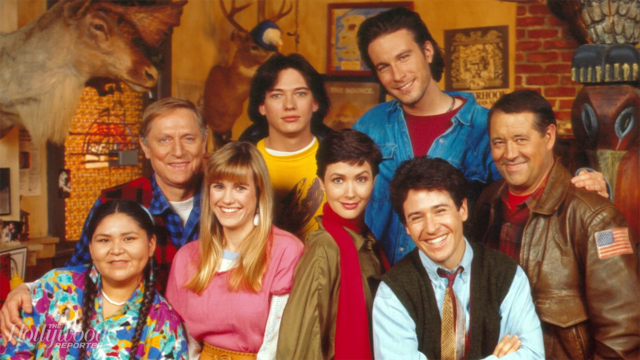 Given the amount of ’90s shows that have popped up on streaming, it’s genuinely surprising that the dramatic comedy Northern Exposure has yet to appear somewhere. Starring Rob Morrow as a young doctor that moves from New York City to a tiny Alaskan town to practice medicine, Northern Exposure was loaded with interesting and hilarious characters that showed just how quirky life in the small town could be. Oh yeah, and it had one of the best theme songs of all time. 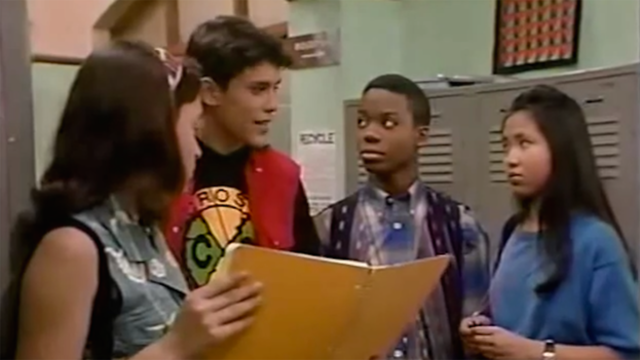 Yes, Apple has rebooted the series for Apple TV+, but that’s not what we’re talking about. Why isn’t the classic PBS series about a ghost helping teens solve mysteries available to watch right now? There are 74 episodes of the series, just floating around out there waiting to be streamed. 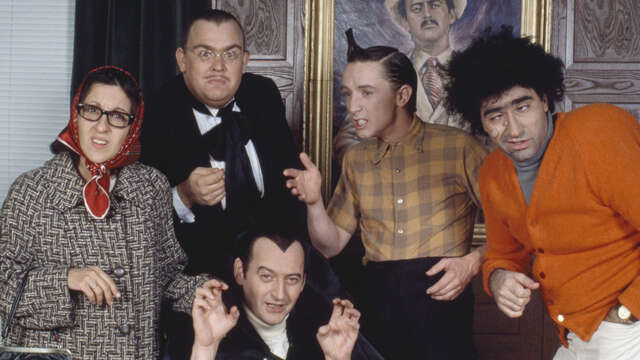 SCTV–otherwise known as Second City Television–is one of the best sketch comedy series of all time. It first launched in 1976, a year after the debut of Saturday Night Live, and introduced the world to the likes of John Candy, Eugene Levy, Catherine O’Hara, Harold Ramis, and Rick Moranis, among so many others. There are 135 episodes of the Canadian comedy out there somewhere, just waiting to be snatched up. 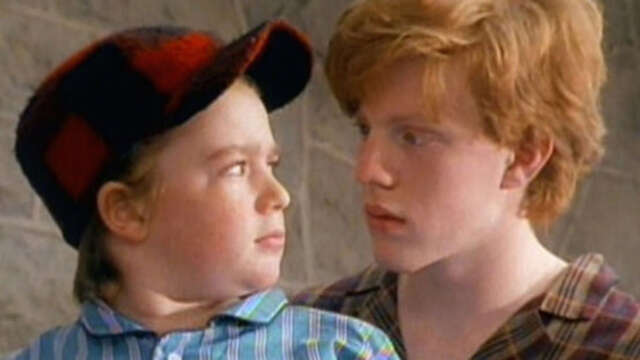 While so many classic Nickelodeon series from the ’90s have made their way to Paramount+, Pete & Pete hasn’t for some reason. And that’s a shame, because it’s one of the very best. It centers on two brothers–both named Pete–and their friends during their youthful misadventures in the suburbs. What makes Pete & Pete so good is how well it’s written. It’s a show aimed at kids, but doesn’t feel like a kids’ show. Instead, it’s just a really strong, extremely weird comedy–who doesn’t love a creepy phone booth in the middle of a field, or a pre-teen with a mermaid tattoo? So Paramount+, go ahead and add this to your lineup. And while you’re at it, add Salute Your Shorts, as well.