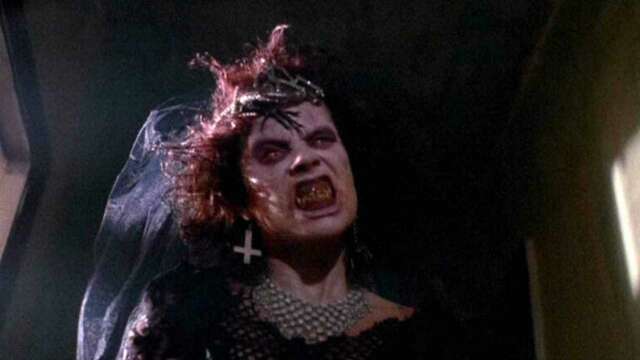 Halloween is just around the corner, and for horror movie fans, that means it is the perfect time to indulge their favorite hobby. The very name Halloween has, of course, become synonymous with the long-running series of slasher movies that kicked off in 1978 with John Carpenter’s classic film and recently saw the release of the 12th movie in the series, Halloween Kills. But there are plenty of other horror movies that use All Hallow’s Eve as a perfect setting for spooky storytelling.

Some films use Halloween night as an important part of their narratives–kids attending Halloween parties where things go horribly wrong, or movies that play with the conventions of the night, from trick or treating to dressing up as ghoul and witches. Other films are less overt with their references, and just use October 31 as a spooky, Autumnal setting. But either way, there’s no denying that Halloween provides a perfect backdrop to some great horror movies.

We’ve rounded up some of the best and scariest films set on Halloween that aren’t part of the Halloween franchise. Once you’ve read this, you can check out some of GameSpot’s other October horror coverage, including our guide to the best horror movies from female directors, scariest woodland horror films, and a rundown of the best horror monsters of the 2010s. 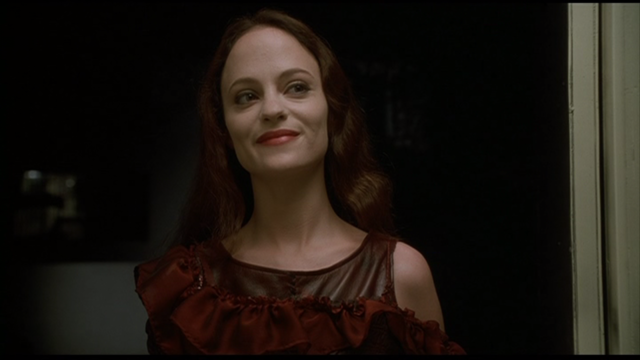 The shocking climax of Lucky McKee’s striking debut May takes place on Halloween night. The seriously disturbed May dresses as the doll she considers to be her only friend, and sets about murdering her former acquaintances she believes have wronged her, to use their body parts for her own life-size “doll.” 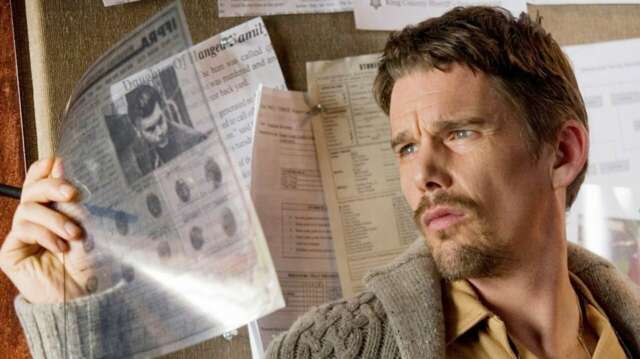 Scott Derrickson’s hit Sinister contrasts the children of author Ellison Oswalt getting ready for the safe scares of Halloween with the very real horror of their dad losing his mind to the Pagan demon Bughuul. 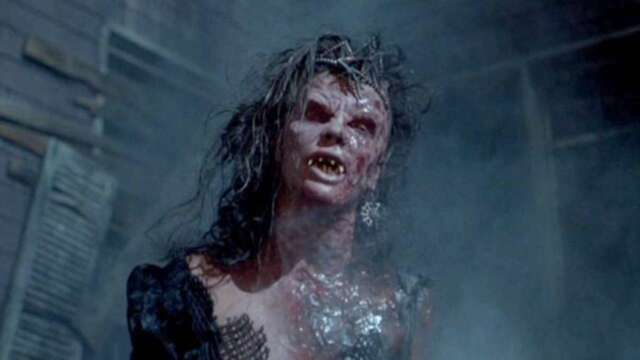 This gloopy ’80s favorite features a bunch of kids who decide a funeral parlor would be a great place to not only throw a Halloween party but conduct a seance too. Spoiler: it’s really not, as the vengeful demon they accidentally release quickly shows. 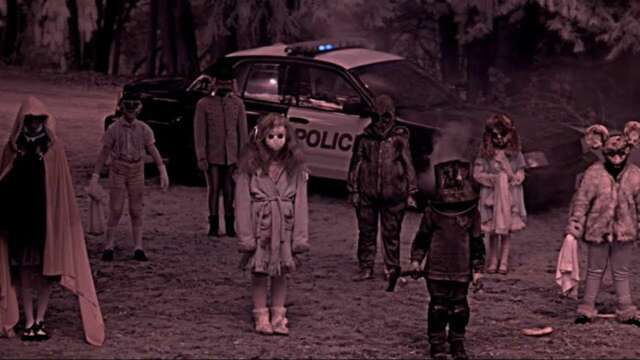 Director Bruce McDonald followed his acclaimed zombie movie Pontypool with this trippy Halloween chiller. A teenage girl looking to party on Halloween night discovers that not only is she pregnant, but she is the target of demonic costumed kids who want the unborn child inside her.

The sequel to the horror comedy hit House features that classic movie trope of supernatural characters attending a fancy dress party, and everyone presuming they’re in costume. In this case, it’s an ancient zombie cowboy named Gramps, plus a dinosaur, caterpillar-dog hybrid, and Aztec warrior, all of whom have emerged from a doorway to another dimension. 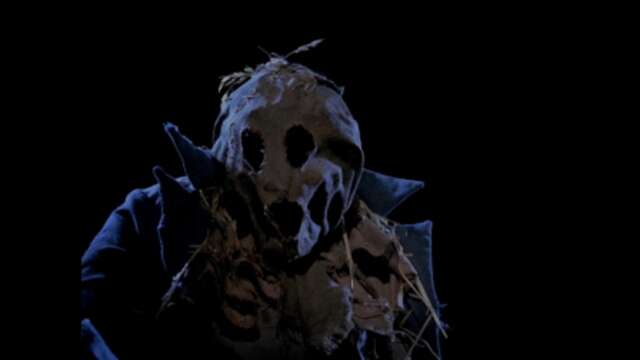 This classic made-for-TV horror movie takes place on Halloween and focuses on a supernatural scarecrow who takes revenge on a small town for the murder of a young man who was accused of a crime he didn’t commit. 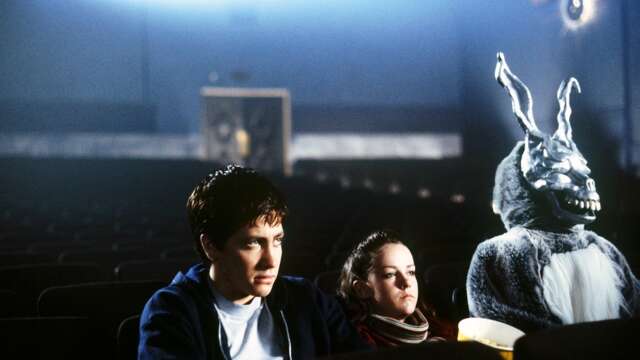 Richard Kelly’s mind-bending cult classic counts slowly down to Halloween, the night that rabbit-headed Frank has told the movie’s troubled titular hero the world will end. 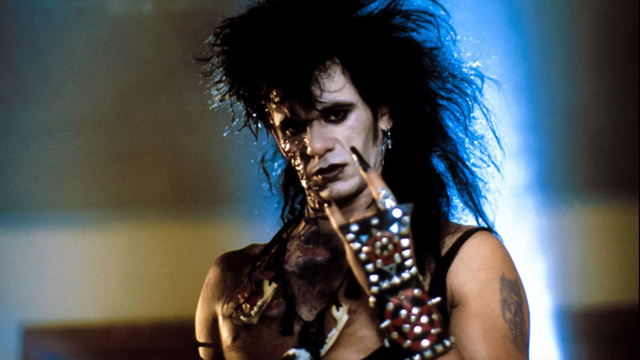 The 1980s was the decade of VHS horror and hair metal, and two combined for this rock’n’roll demonfest. A teenage boy is haunted by the spirit of infamous metal star Ozzy… er, I mean Sammi, who has died in mysterious circumstances. A key scene takes place at a Halloween dance where Sammi explodes out of the school band’s amplifier and proceeds to massacre the unfortunate kids in attendance. 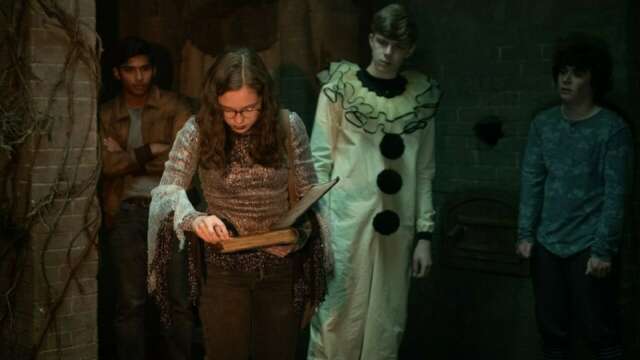 The movie adaptation of Alvin Schwartz’s classic spooky tales starts on Halloween night, as a group of friends explore a supposedly haunted house with a terrible past. Inside they find a book of horror stories that starts to wield scary power over their town and its residents. 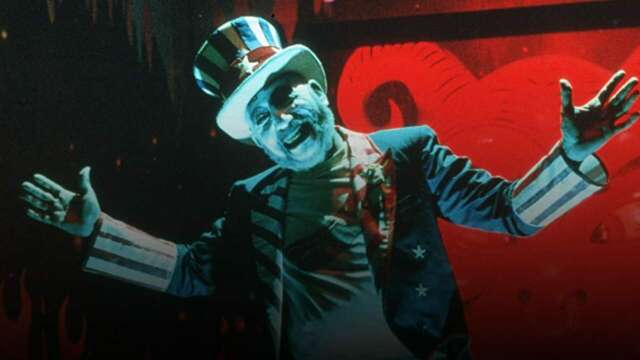 Rob Zombie has set several films during Halloween including, of course, his two Halloween movies. His debut House of 1000 Corpses features a trio of students who are researching strange backwoods attractions and stumble upon the Museum of Monsters & Madmen, run by the crazy Captain Spaulding. The good Captain and his equally unhinged family proceed to give them a terrifying Halloween they’ll never forget. 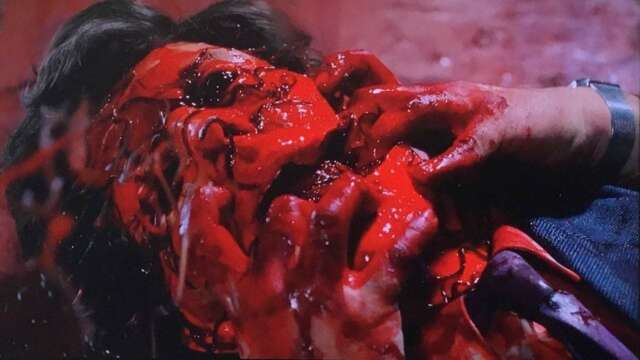 A small town is attacked by thousands of giant mutated man-eating slugs in this hilariously disgusting shlockfest. The movie climaxes on October 31, where a Halloween party in the woods is interrupted by the toothy, oozing molluscs. 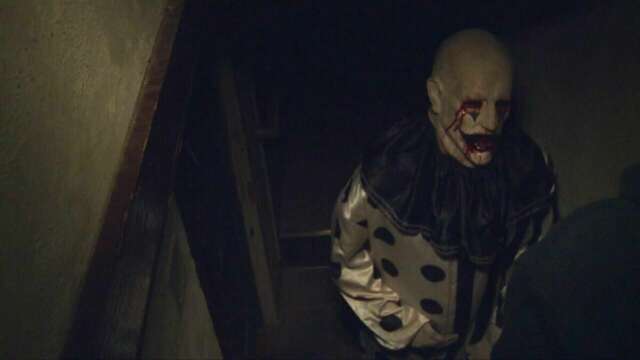 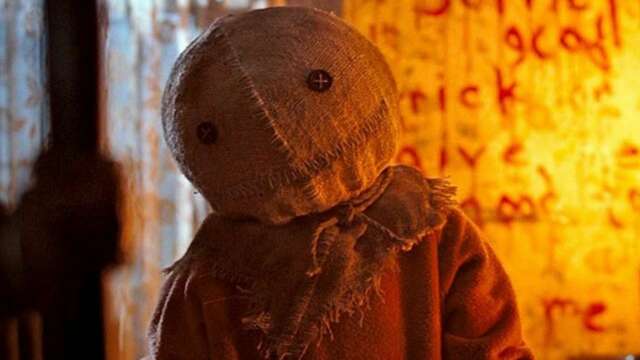 Several years before he made Godzilla: King of the Monsters, Michael Dougherty wrote and directed this ingenious Halloween anthology. It showcases four interconnected stories, all taking place on the same Halloween night in a small town. The movie is as much about celebrating Halloween traditions as it is about scaring the audience, and each story features the iconic Sam, the vengeful pajama-and-sack-wearing trick or treater. 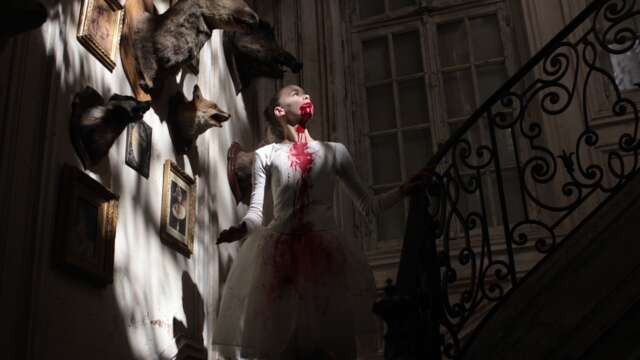 French filmmaking duo Julien Maury and Alexandre Bustillo made a huge impact with their home invasion gorefest Inside, and followed it with this imaginative dark fantasy. On Halloween night, a couple break into a huge mansion to steal an old lady’s fortune, but instead find all manner of strange and surreal supernatural goings on inside. 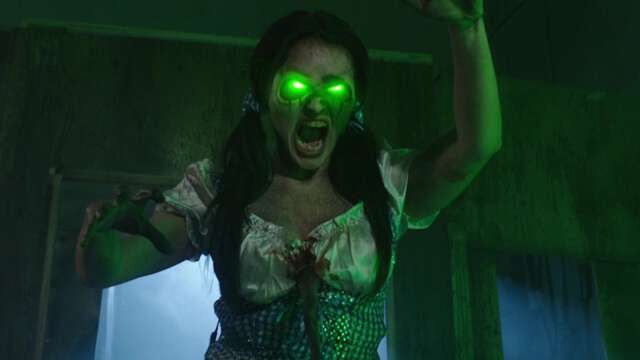 The title says it all. This is an anthology movie centered on everyone’s favorite spooky holiday. There are no fewer than 10 segments, from such notable genre directors as Darren Lynn Bousman (Spiral: From the Book of Saw), Lucky McKee (May), Neil Marshall (The Descent), and Axelle Carolyn (The Haunting of Bly Manor). From ghosts and aliens to deformed killers and flesh-ripping demons, there’s something for everyone here.