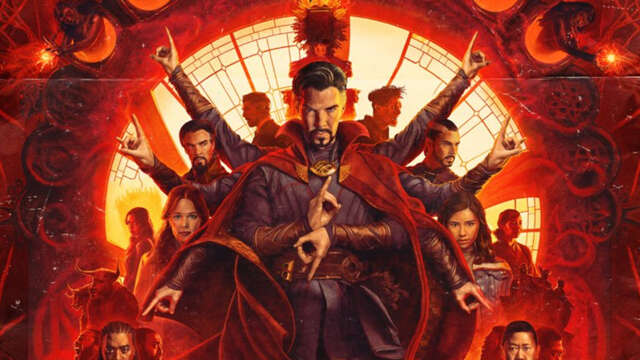 Doctor Strange In The Multiverse of Madness is finally viewable in the comfort of your own home. The film arrived on Disney+ on June 22. However, it also arrived on various digital retailers available for purchase, and with purchase, you actually get access to the audio commentary for the movie.

Led by director Sam Raimi, he’s joined by writer Michael Waldron and producer Richie Palmer as the three break down the movie, giving insight to a lot of moments within the movie. Additionally, we got to hear about things that almost happened but didn’t make the final cut.

Below, you’ll find 16 of the most interesting things we learned about the Doctor Strange movie from the audio commentary. If you’re looking to pick the movie up for yourself–primarily because of the special features–you can get it on Vudu and various other digital retailers. It’s also available currently on Disney+–with no special features–and it will be arriving to 4K UHD, Blu-ray and DVD on July 26.

Movies Anywhere hooked us up with a code of the movie for this coverage. And yes, the Movies Anywhere version also contained all the special features. 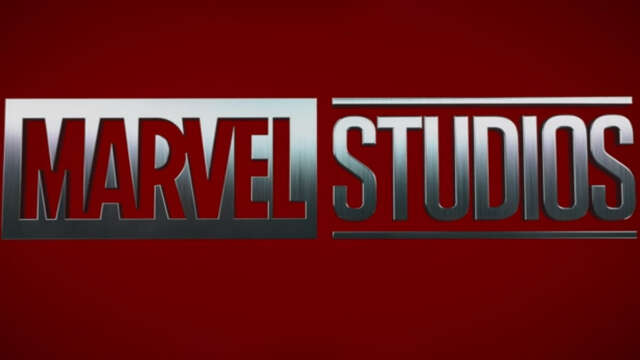 Every new Marvel movie gets a new logo. “Yeah, we like update with images from some of the more recent Disney+ series and movies and make sure that it’s always up-to-date with some of the coolest images from our movies,” explained producer Richie Palmer. “This one, we did something special. I think it was Sam [Raimi] and Bob Murawski, our editor, and Kevin [Feige] came together and said, ‘You know, we should do something special for Doctor Strange and put in more images of Doctor Strange and Wanda in there than we’ve ever seen before. 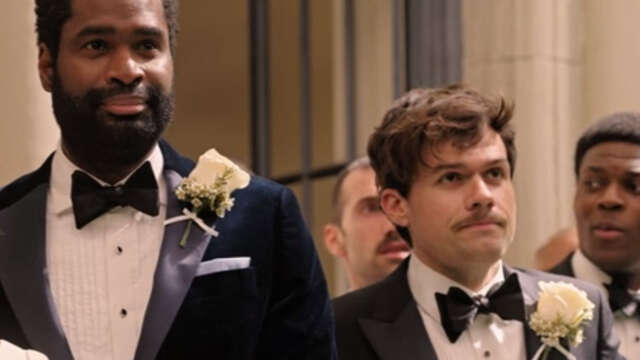 The movie’s writer, Michael Waldron played the best man in the wedding scene, but most of his scenes were cut, according to him on commentary. Raimi jokingly blamed it on the editor, who he nicknamed “The Butcher.” 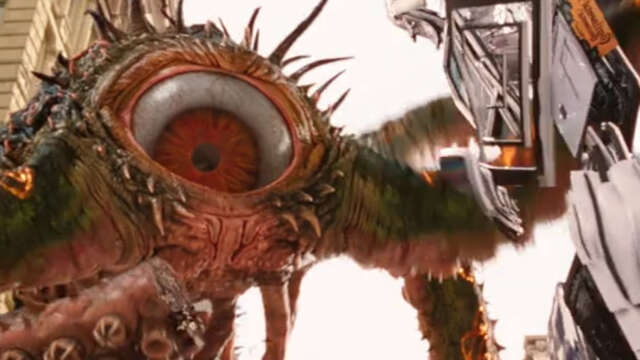 While many of us–including myself–thought this was Shuma-Gorath. It’s not. “This is the monster Gargantos, not to be confused with Shuma-Gorath,” Waldron explained. 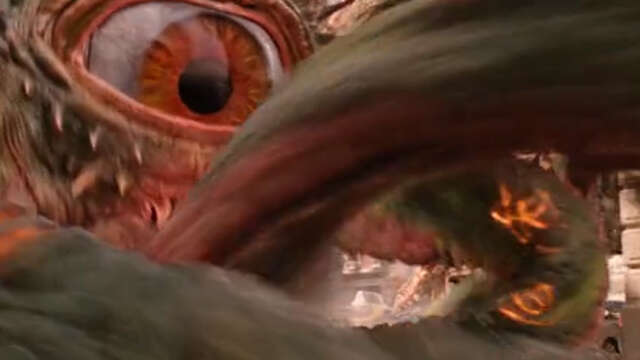 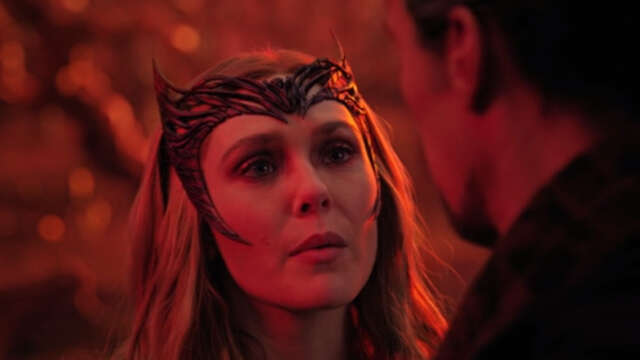 In Waldron’s first script, Wanda was a good person, “uncorrupted throughout the entire adventure,” according to Raimi. And in the final scenes of the film, she’d cross over and go bad. They changed it around for a few reasons, one of which was so the story of Strange vs. Wanda could be the majority of the movie. 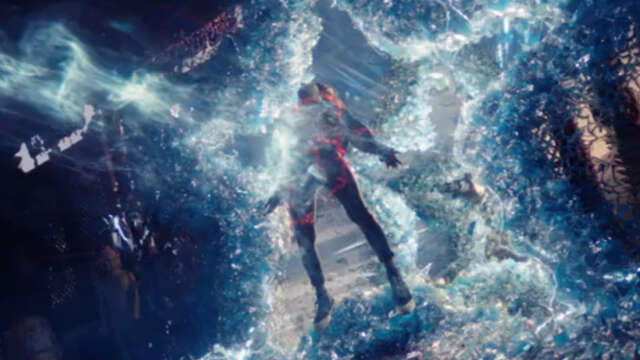 As Doctor Strange and America Chavez go through the multiverse portals for the first time there are plenty of Easter eggs, which the commentary team calls out. 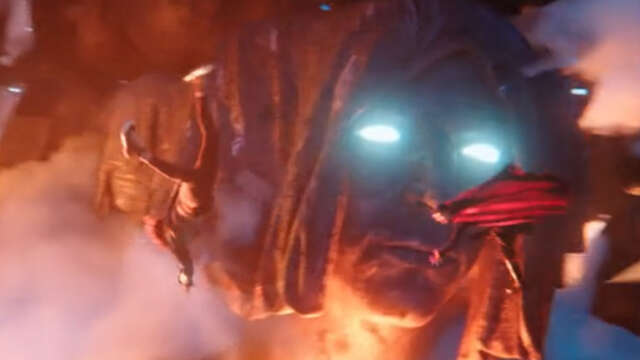 This character is essentially the personification of law–more importantly, multiversal law. The only person this character answers to is the One Above All–the ruler of the multiverse. 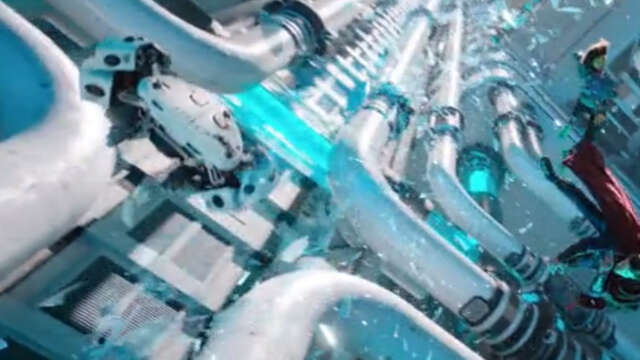 You may know these little buggers from Spider-Man: No Way Home. 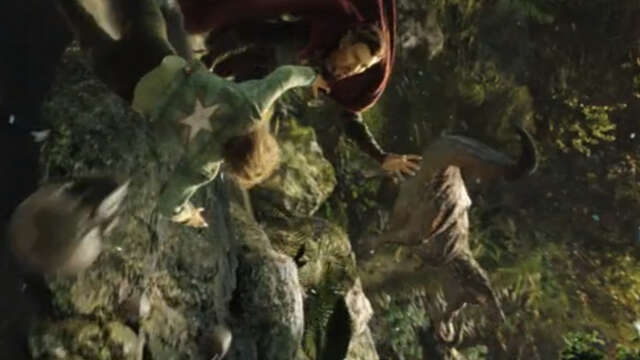 Briefly, we get to see the Savage Land, a place in Antarctica that’s preserved prehistoric times. Ka-Zar is the most notable character from this place.

There are a few other Easter eggs there–some of which are obvious–but the commentary team doesn’t have time to get into them.

10. Army of Darkness prop on display 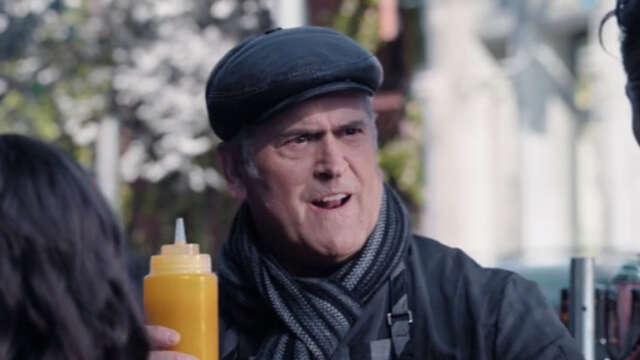 Yes, that’s Bruce Campbell. Yes, Sam Raimi is the director of this movie. However, there’s a deeper Evil Dead/Army of Darkness connection in this Pizza Poppa scene. “Charlie Wood, our production designer, worked with you, Sam, and Bruce Campbell, of course, and our editor, Bob Murawski, and our lead storyboard artist, Doug Lefler,” said Palmer. “Everybody from the world that worked together on Army of Darkness came back together on this movie. And there’s a funny story where Charlie actually has the prop of the fork from Army of Darkness that he brought to set that day… You eagle-eyed viewers can see it on that Pizza Poppa cart later in the movie.”

It’s the fork that the tiny Ash’s use on real Ash’s butt. The fork is in full view in the post-credit scene. 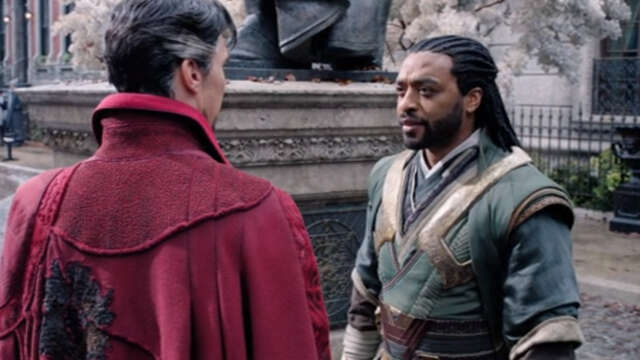 “Michael had written an early scene with Chiwetel where we saw him in our universe, 616, where he was the Mordo that we knew from Doctor Strange 1,” Raimi explained. “Only he had been through many battles since that. He had a limp, and he was coming after the Scarlet Witch to take her power because he knew she was dark and terribly corrupted by the Darkhold. And she killed him and cut off his head. [Then] presented it to Strange in a later scene. It was really great writing, but it slowed the beginning down too much, so we had to lose it.” 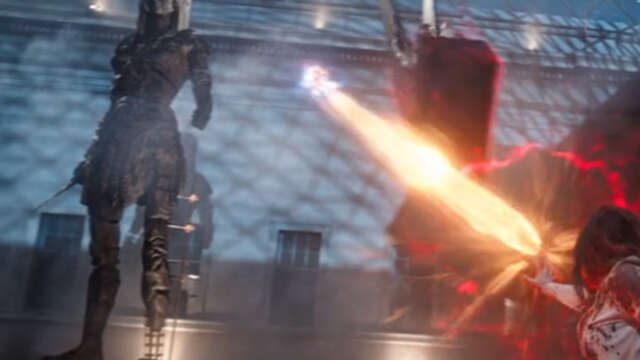 This statue was patterned after Xena, according to Raimi, and Raimi credits Palmer as coming up with the idea. So hey, Lucy Lawless is now technically part of the MCU. 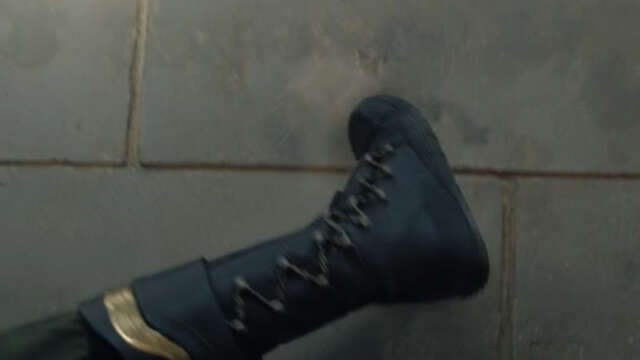 14. There was going to be a magicless Stephen Strange 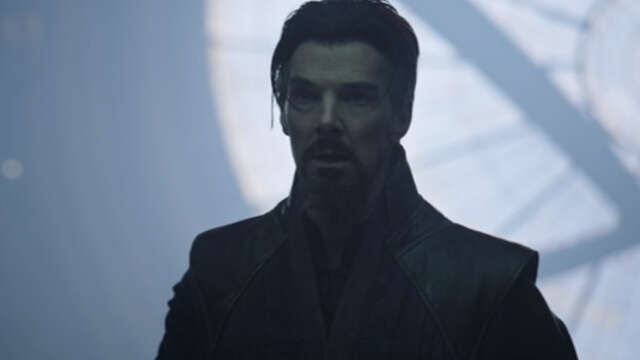 At one point, Strange was going to visit another universe and meet a character named Melvin Strange, who was a street magician with no magical abilities at all. The scene didn’t build tension or raise the stakes, so it was cut. 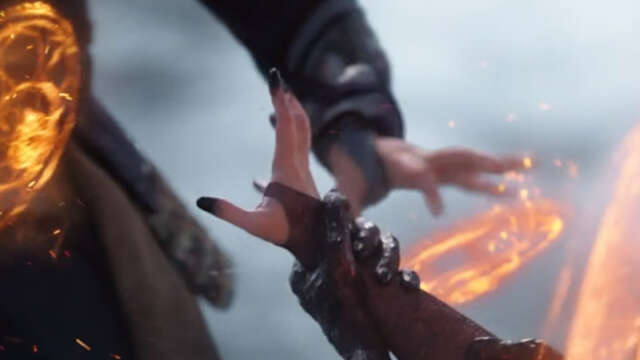 One of the voices of the souls of the damned in this scene is voiced by none other than Richie Palmer.

16. There was a different ending 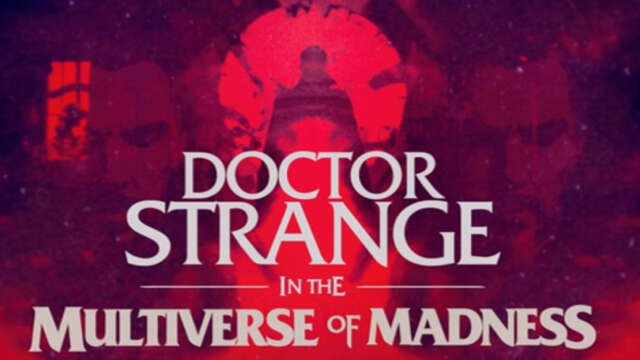 At one point, Waldron had a different reveal for the ending of the movie. It was going to be that Sinister Strange–the one in which the Darkhold had taken control of from the universe with the incursion–had switched places with the 616 Doctor Strange. Waldron joked that it’s the “Thriller” ending, and the movie would close with Vincent Price laughing.