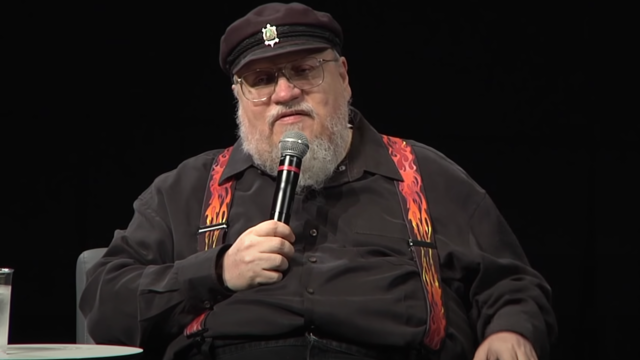 George R.R. Martin is one of the most successful writers in the world. He was already a popular sci-fi and fantasy writer when, in 1996, he published a fantasy novel titled A Game of Thrones. The book won awards and became a bestseller, launching an entire series of intricately plotted books set in the same world–collectively known as A Song of Ice and Fire. A total of five novels were published over the next 15 years, selling millions of copies around the world and were eventually adapted into the HBO TV series Game of Thrones.

The fifth book in the series, A Dance with Dragons, was published in 2011. While there had been a six-year gap between that book and its predecessor, A Feast for Crows, Martin promised that the sixth novel, The Winds of Winter, would take him less time to write. In 2011, he stated it would take “three years to finish the next one at a good pace.”

Of course, ten years on, there’s still no sign of The Winds of Winter. Game of Thrones, which was originally adapting one book per season, had to invent its final two seasons after running out of material to base the scripts on. Martin has provided updates on his slow progress on the novel over the years, while steadfastly refusing to say when he will finish.

But it’s not as if Martin has only been writing one book since 2011. In fact, he’s kept himself very busy with a multitude of other projects, from other books to TV shows to business ventures. So here are 9 things George R.R. Martin has done in the last decade instead of finishing The Winds of Winter. 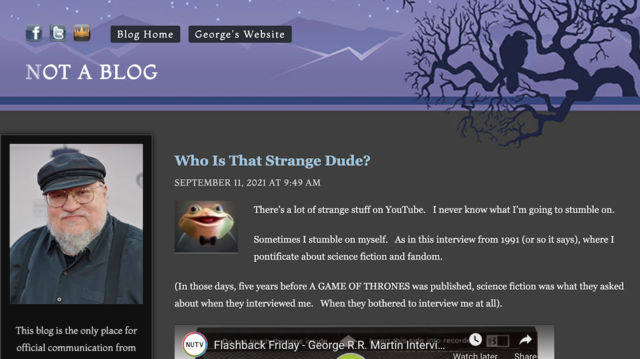 Martin loves to blog. He uses the blog on his website–titled Not A Blog–to regularly update fans about his writing habits, life in lockdown, plans to attend conventions, movies and shows he’s enjoying, and the progress on his various projects. That means, of course, occasional updates on how work on The Winds of Winter is going. In June 2020, he wrote, “it’s going to be a huge book, and I still have a long way to go.” No kidding.

Martin is a regular fixture on the sci-fi, fantasy, and literary convention circuit, meeting fans and taking part in panels. Obviously, the pandemic curtailed much of this, but prior to that, he could be seen over the past decade at such important events as Worldcon, World Science Fiction Convention, DragonCon, and of course San Diego Comic-Con. His accessibility to fans is obviously great, but it’s not getting that book finished is it? 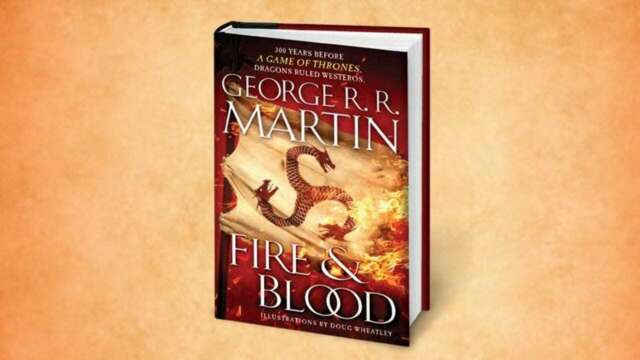 Just because George hasn’t finished The Winds of Winter doesn’t mean he hasn’t been busy working on other books. In 2018 he published Fire & Blood, the huge 700-page first part of the companion to Song of Ice and Fire. It focuses on the history of the House Targaryen and will form the basis of HBO’s upcoming Game of Thrones prequel show House of the Dragon.

Ironically, his original plan was to publish Fire & Blood after the completion of the main series–in 2013 he stated that he would not only finish Winds of Winter before it was released but also the seventh and final part of the whole saga, A Dream of Spring! 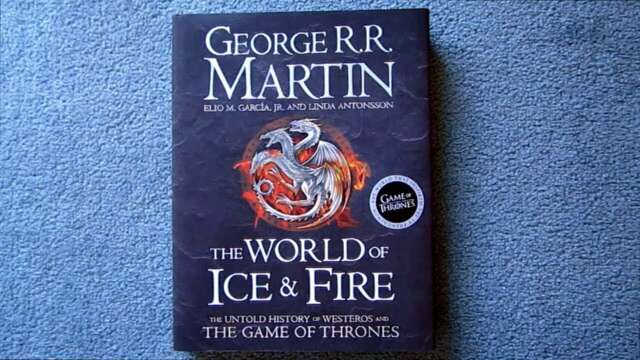 Fire & Blood wasn’t the only Game of Thrones-related book that Martin somehow found the time to write in recent years. Between 2013 and 2017 he published three novellas that serve as prequels to the whole series–The Princess and the Queen, The Rogue Prince, and The Sons of the Dragon. He also co-wrote the reference book The World of Ice & Fire in 2014. Come on, George! Focus!

5. Worked on a Game of Thrones spin-off show 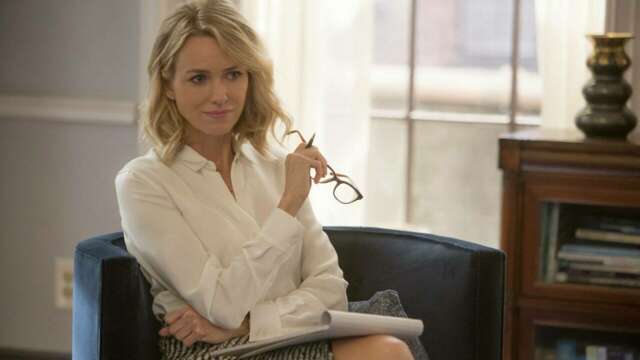 Martin worked as an advisor and writer on earlier seasons of Game of Thrones, and he threw his hat into the ring when it came to developing ideas for HBO’s spin-off shows. He and Kingsman writer Jane Goldman developed a potential prequel series starring Naomi Watts that got as far as a pilot episode. Sadly–or maybe luckily if we ever want to read Winds of Winter–HBO didn’t proceed further with this one.

6. Bought a theater and opened a bookshop 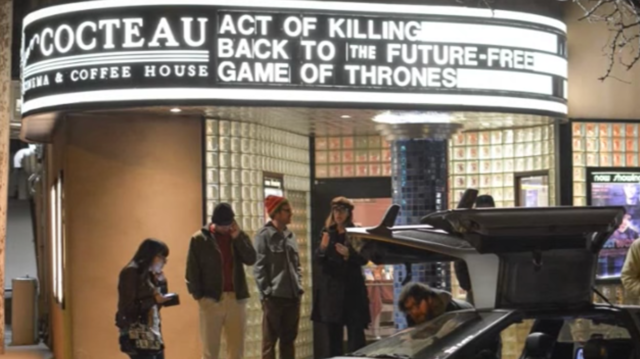 In 2013, Martin bought the historic Jean Cocteau Cinema in his hometown of Santa Fe. The theater first opened in 1976 but closed down in 2006, and sat empty until Martin decided to bring it back to life. At the time, Martin assured fans that owning the theater wouldn’t interfere with his day job. “I’m a writer. I’m a novelist. I’m a screenwriter, a television producer, and a writer,” he said. “I’m not a real-estate magnate or a theater owner, but I’ve always loved movies and I’ve always loved old theaters.” In 2019, he opened a book store next to the theater, which stocks signed copies of Martin’s novels. At this point, he’s just toying with us, right? 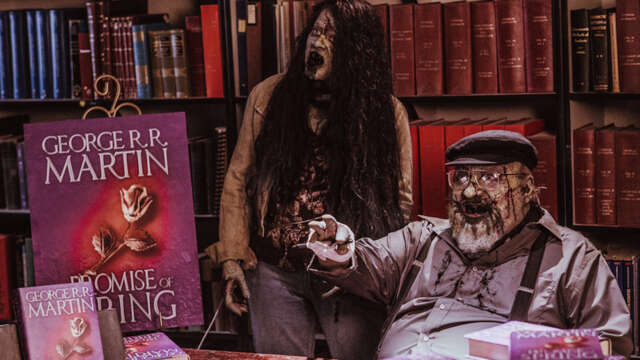 Martin has popped up in various TV shows over the past decade. He provided the voice for an animated version of himself in the Robot Chicken episode “El Skeletorito,” in which he is attacked by rabid nerds desperate for Game of Thrones information. He also popped up as a zombie in the SyFy series Z Nation, and in the trashtastic Sharknado 3, is eaten alive by a three-headed shark. Let’s just hope he was working on Winds of Winter between takes. 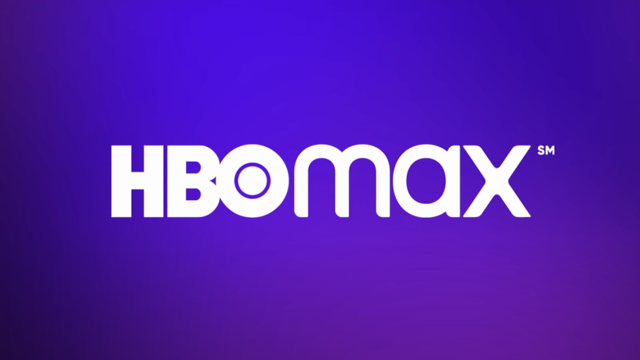 In March of this year, Martin signed a huge eight-figure deal with HBO to develop shows and movies over the next five years. This is hardly surprising–the company needs lots of content to fill HBO Max, and with Game of Thrones, Martin helped create one of its biggest ever successes. But still, didn’t executives realize there’s a certain book he needs to get finished before he starts making content for them? 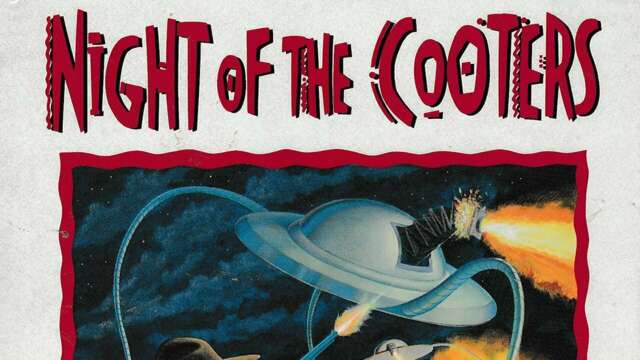 It was recently reported that Martin is producing a new short film titled Night of the Cooters. The film is adapted from a story by acclaimed sci-fi writer Howard Waldrop by cult horror writer Joe Lansdale (Hap & Leonard) and directed by actor Vincent D’Onoforio (Daredevil, Men in Black). That’s certainly an impressive line-up of talent, but I’m sure there’s something more important George should be doing with his time…