Aeterna Noctis did pretty well for developer Aeternum Games when it was released in December 2021, and now the studio has announced a collector’s edition and standard retail version are coming to stores this Autumn/Fall.

Sitting on a “very positive” rating on Steam, and on the mid-70s overall across PlayStation and Xbox platforms on Metacritic, Aeterna Noctis is a 2D Metroidvania drawn by hand, which the developer says has never before seen evolved mechanics. In the “King of Darkness” role you must recover your power by exploring the vast lands of the world of Aeterna through 16 totally different and interconnected areas, in the purest Metroidvania style. Frame to frame, its hand-drawn animation gives the title a unique personality, making each level and different characters align in Aeterna. 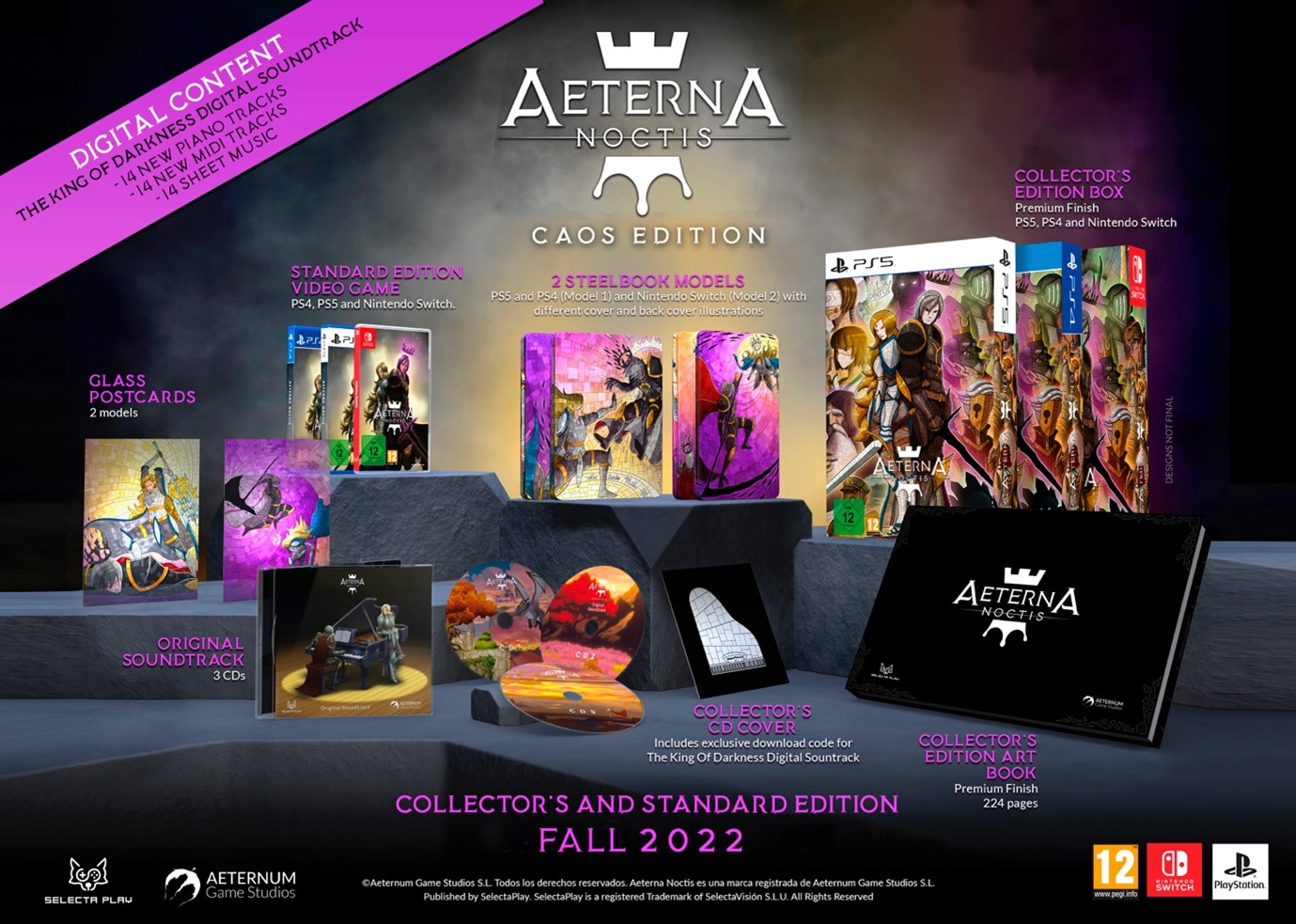 The collector’s edition is going to be called “Caos Edition” and will set you back £84.99. It comes with the following:

A Steelbook version of the game unique to each platform. A premium Collector’s Edition Artbook containing over 224 pages, two stained glass window postcards, three-disc original soundtrack and a Collector´s CD cover that includes an exclusive download code for The King of Darkness Digital Soundtrack together with all the musical sheets of the game, all encased in a Collector’s Edition box with a premium finish.

The standard retail edition will cost £29.99, and both versions will be coming to PlayStation 4, PlayStation 5, and Nintendo Switch.

The post Aeterna Noctis collector’s and standard editions are coming this Autumn appeared first on GodisaGeek.com.