The Nintendo Switch already has a stellar library of exclusives, and 2022’s lineup is chock-full of exciting games you can only play on Switch. Several notable games have already released this year, including Pokemon Legends: Arceus and Kirby and the Forgotten Land. Before the year ends, numerous exciting new exclusives will arrive on Switch, including Mario Strikers: Battle League, Fire Emblem Warriors: Three Hopes, Xenoblade Chronicles 3, Splatoon 3, and more. Though the sequel to The Legend of Zelda: Breath of the Wild has been delayed until 2023, as you can tell, Nintendo Switch owners will still have a bunch of new games to play. We’ve rounded up the biggest upcoming Switch exclusives in 2022 and beyond. 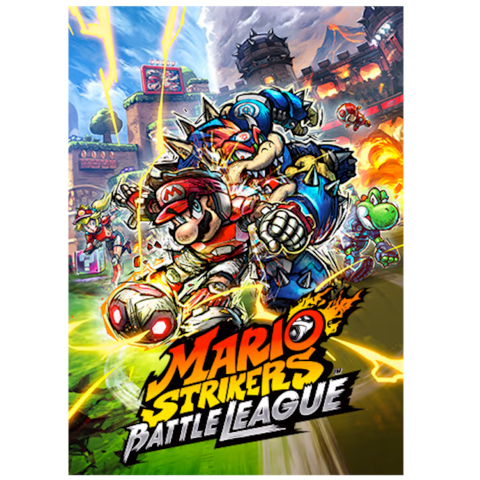 Mario Strikers: Battle League marks the return of one of the best Mario sports series, ending a lengthy hiatus while becoming the third Mario-themed sports game on Switch. While the in-game sport, “Strike,” is based on real-world soccer, the rules are radically different–and there’s a lot more contact. Players select from a roster of Mario characters, each with their own abilities, and hit the pitch in 5-on-5 matches against AI players, or in local or online multiplayer. Like soccer, you score points by sinking goals into the opposing team’s net, but in Strike, you can tackle and grapple other players, and equip gear that boost your character’s offensive and defensive stats. Mario Strikers Battle League releases on June 10. 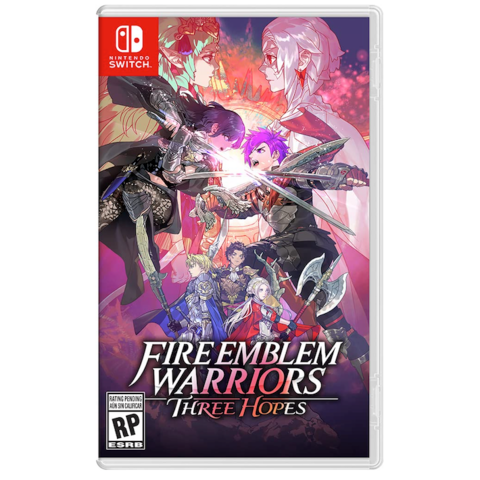 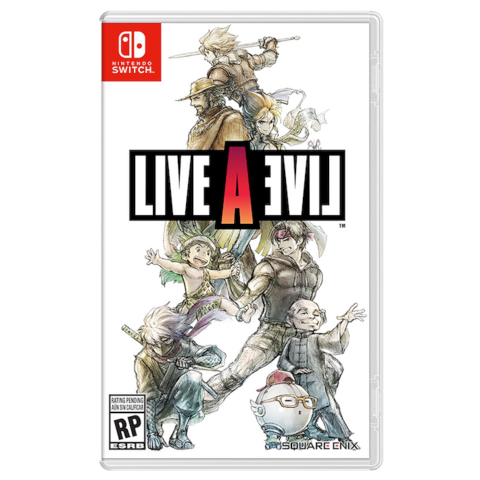 The original Live A Live for Super Famicom is one of the most interesting JRPGs of the 16-bit console era, but it never released outside of Japan. Thankfully, Nintendo and Square Enix are finally rectifying this decades-long error with the upcoming Live A Live remake for Nintendo Switch. Live A Live features seven mini RPG scenarios in one game, each with its own main protagonist and setting, unique artstyle, and combat mechanics. An eighth unlockable scenario ties the various plot threads together. The original Live A Live inspired other beloved JRPGs like Chrono Trigger and the recent Octopath Traveler. Coincidentally, the Switch remake brings things full-circle by using the HD-2D style Square Enix started with Octopath Traveler, and seen in other games like Triangle Strategy and the upcoming Dragon Quest III remake. Live A Live releases July 22.

Preorder at Amazon
See at Best Buy
See at GameStop 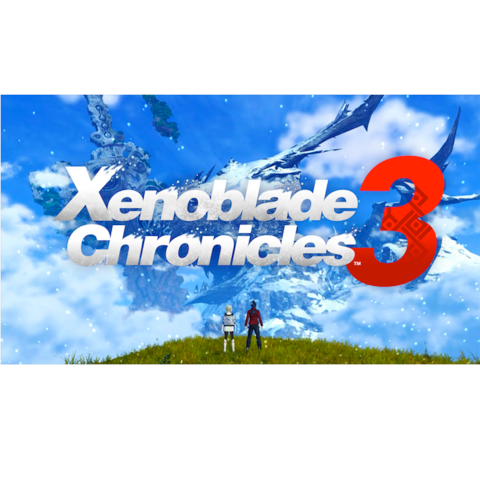 If you need to catch up on the franchise, you can pick up the first two mainline entries in the series on Nintendo Switch. Xenoblade Chronicles: Definitive Edition is currently on sale for $45 at Amazon. Xenoblade Chronicles 2, meanwhile, is hard to find for retail price as a physical edition. Your best bet is snagging a digital copy from the Switch eShop. 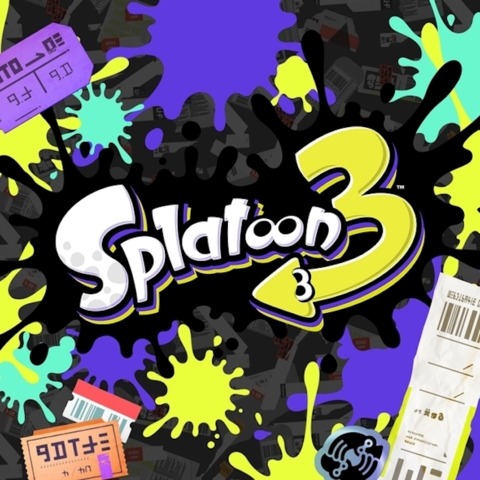 Nintendo is closing out the summer with Splatoon 3, which we now know arrives on September 9. Splatoon 3 will bring back the paint-splatting fun across several different modes. Of course, online multiplayer with a variety of match types will be the major selling point, but Nintendo is also bringing back the cooperative Salmon Run mode. And, for the first time in series history, there will be a single-player story mode at launch. Splatoon 2’s excellent Octo expansion added a story post-launch. If you haven’t played the Octo expansion, it’s now available as part of the Switch Online Expansion Pack. 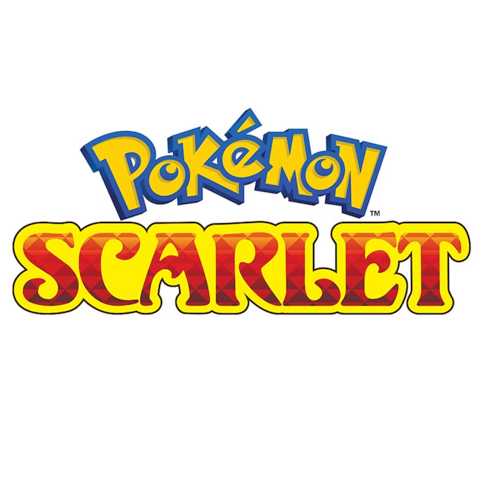 2022 is a huge year for Pokemon games on Switch: The year started with Legends Arceus, and will close with the launch of the new ninth-generation Pokemon games, Scarlet and Violet.

Scarlet and Violet are set in an all-new region of the Pokemon world, seemingly inspired by Spain and Portugal. Game Freak’s version of the Iberian Peninsula will feature the series’ first truly open world, with towns seamlessly blending in with the surrounding environments. Wild Pokemon will freely roam the landscape, much like in the recent Pokemon Legends Arceus and the wild areas of Sword and Shield. However, it’s unclear whether the traditional catching and combat mechanics will return in Scarlet and Violet, or if it will double-down on the new systems introduced in Legends Arceus. What we do know, however, is the three new starter Pokemon: the grass-type Sprigatito, fire-type Fuecoco, and water-type Quaxley. Pokemon Scarlet and Violet will launch in “late 2022.” 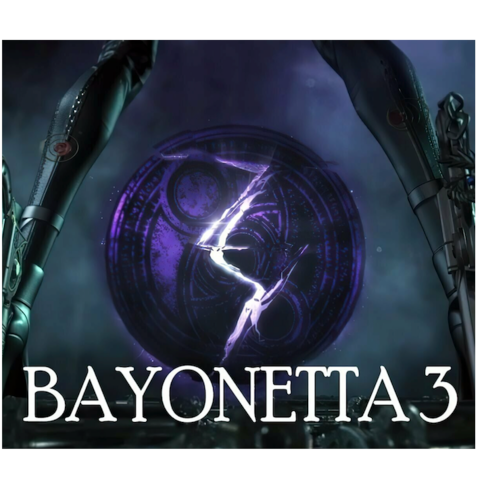 It seems as if we’ve known Bayonetta 3 is in development forever, but after a gameplay last fall, its release doesn’t seem so distant anymore. While Nintendo hasn’t announced an official release window, Bayonetta 3 is still on track to arrive sometime in 2022. Bayonetta’s known for some of the most deliriously camp action-shooter gameplay out there, and the eponymous character is as charming as she is deadly, defeating hordes of angels and demons with flowing locks of hair that would make Rapunzel jealous. It’s for this reason and many more that we think Bayonetta 3 is one of the biggest upcoming Nintendo Switch games. 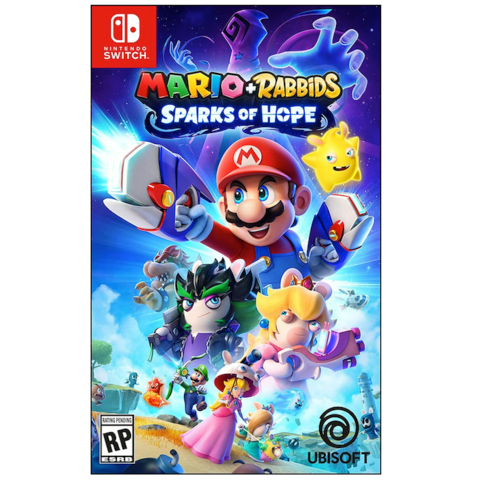 Nintendo and Ubisoft’s tactical crossover with Mario + Rabbids Kingdom Battle surprised even the most rusted-on genre veterans with its whimsical setting and clever gameplay, so we’re thrilled a sequel, Mario + Rabbids: Sparks of Hope, is incoming. This time around, Mario and his Rabbid friends venture forth to save the galaxy alongside Rabbid Rosalina and Rabbid-Luma hybrids known as “Sparks”. Not content to rest on the same grid-based combat of its predecessor, Mario + Rabbids: Sparks of Hope includes more real-time combat elements in addition to an increased focus on overworld exploration. Beloved video game composer Grant Kirkhope is returning to score this one, too, so there will be plenty of wonderful music to listen to while you take on the freshened-up combat encounters. Mario + Rabbids: Sparks of Hope will bring its quirky genre hybrid action to Nintendo Switch sometime this year. 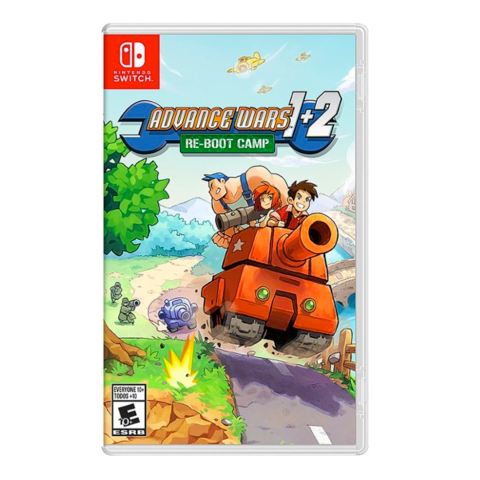 The Advance Wars series brought some of the best tactical gameplay of the Game Boy Advance and Nintendo DS era. Now we get to revisit it with a fresh new look in the form of Advance Wars 1 + 2: Re-Boot Camp, a Nintendo Switch remake of the first two games. Featuring turn-based gameplay on a grid, the Advance Wars games see you assume the role of one of various Commanding Officers directing troops to victory, with each military group capable of using game-changing special abilities, such as unit repairs or power boosts. Developer WayForward (Shantae, River City Girls) has got the job with the remake, breathing new life into the series that will now feature online multiplayer in addition to the campaigns and local play included in the original release.

Advance Wars 1+2: Re-Boot Camp was scheduled to release on April 8, but Nintendo indefinitely delayed the remake due to the ongoing conflict in Ukraine.

Legend of Zelda: Breath of the Wild Sequel 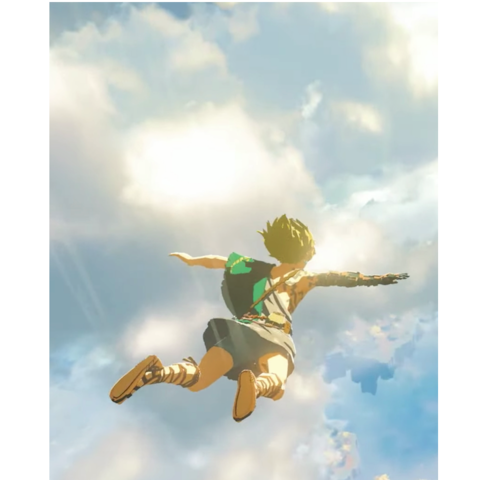 How do you follow up one of the greatest games of all time? Make a direct sequel, naturally. The Breath of the Wild sequel–which we don’t yet know the official title of–has us all clamoring for details, with the most recent footage offering a tantalizing glimpse into the setting we’ll be exploring in the near future. We’ve done our own speculation as to what the next Hyrule adventure will entail, going over the symbolism used in an effort to decipher what the Zelda team has in store. Combine this with the potential narrative implications of the spin-off Hyrule Warriors: Age of Calamity, there are any number of scenarios that could play out. Breath of the Wild was so brilliant in part because of its wondrous sense of discovery and exploration.

Though the sequel was originally slated for 2022, Nintendo has pushed it back to Spring 2023. 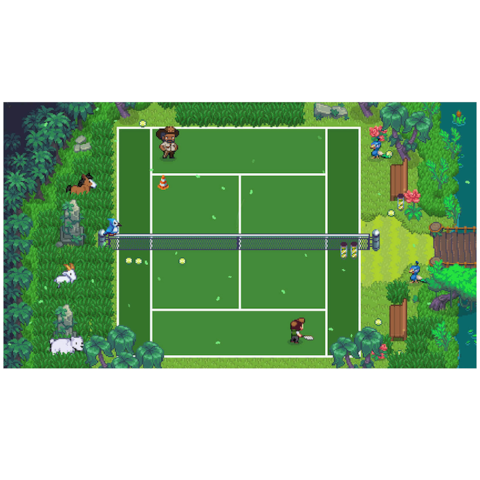 From small indie team Sidebar Games, Sports Story is the follow-up to charming RPG-sport hybrid Golf Story, with the addition of several more sports, including tennis and soccer. Similar to the Mario Golf and Mario Tennis games on Game Boy Color, Golf Story combined satisfying sports gameplay with RPG elements, such as leveling up stats and acquiring better equipment, alongside a humorous story where every problem could be solved by hitting a golf ball at it. Sports Story was initially slated for a 2020 release but was delayed indefinitely due to its increasing development scope. At this point, we’re not sure when Sports Story is going to bounce onto Nintendo Switch consoles. 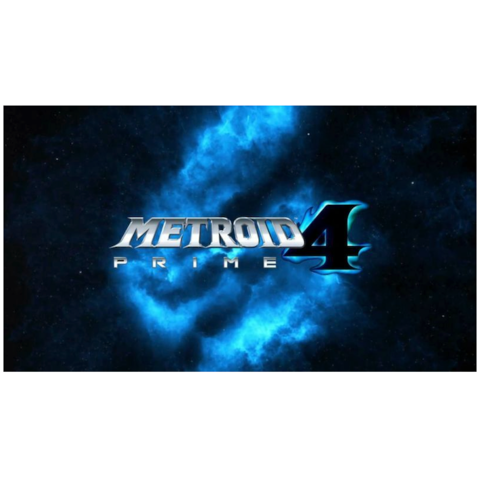 Look, we don’t know when to expect Metroid Prime 4–especially in light of development restarting at the start of 2019–but the series’ and Retro Studios’ collective pedigree alone is reason enough to eagerly anticipate the eventual release of the fourth entry. The Metroid Prime series is an outstanding first-person adventure game with shooter mechanics, lauded for its ability to generate immersion through meticulous worldbuilding and phenomenal sound design.

Nintendo has gone radio silent on Metroid Prime 4 in recent years. A release window hasn’t been revealed and considering Metroid Dread just launched on Switch in October, it might be a stretch to think that Metroid Prime 4 has any chance of releasing in 2022. Hopefully we get a glimpse at the highly anticipated game sometime this year, though.