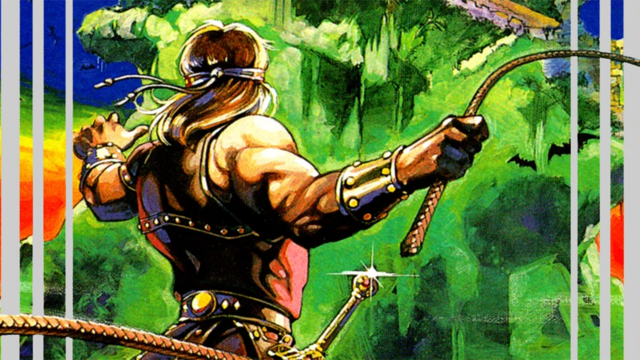 If you made a list of franchises that have had a profound impact on modern game development, Castlevania would certainly be on it. The vampire-hunting series has gone through many iterations, some more successful than others, and come to help define two different eras of action-platformers: the classic action game based on the original Castlevania games, and the more exploration-based subgenre that has been nicknamed “metroidvania.” The two eras of Castlevania are very distinct from each other, one focused more on straightforward platforming and the other being defined by a wide open environment with progressive abilities that unlock new gameplay possibilities and areas to plumb. Both of these have been incredibly influential on the modern gaming landscape.

It was 35 years ago today, May 1, that Simon Belmont first swung his trusty whip on the Nintendo Entertainment System. From those humble beginnings, the series has had dozens of entries, spin-offs, and reinventions. Let’s take a look back at a few of the many games that have been inspired by Castlevania, from the early days of NES imitators to the modern advent of multiple metroidvanias. 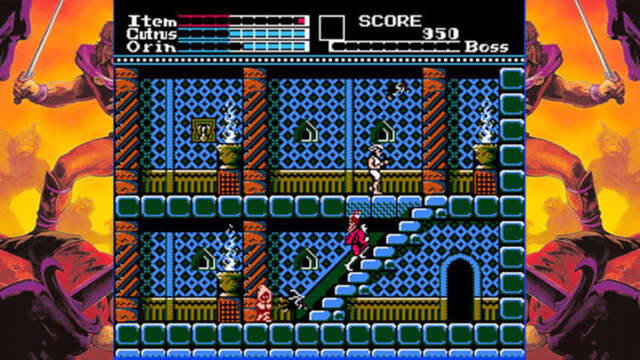 At a glance you might just mistake 8 Eyes for the original Castlevania, thanks to its similar character design, color palette, and stage objects. It even had a dark gothic tone with skeletons and bats, but rather than brandishing a whip you held a sword and had the assistance of a falcon. The eponymous 8 Eyes refers to a series of gems you need to gather from around the world, so the stages are themed after locations like Germany, India, and Spain. Like Castlevania, it was notoriously difficult and your avian companion wasn’t as much help as you might think. But it had some interesting ideas, like giving your falcon its own health bar. 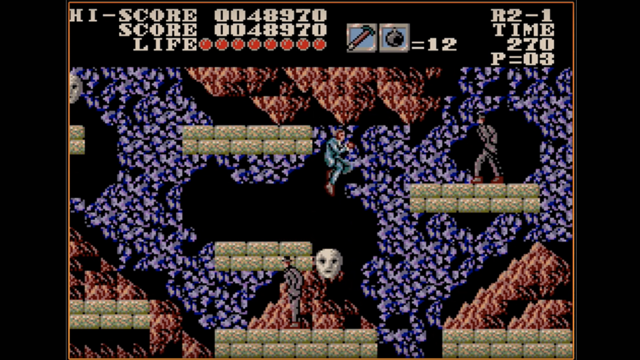 The Sega Master System’s take on the popularity of Castlevania got most of the pieces right. Dracula? Check. Spooky castle filled with horrors in a gothic setting? Check. Absurd, frankly cheap difficulty? That’s a check. There were some small differences between this imitator and the real thing. The story read more like gothic horror than a hero’s journey, featuring a doctor investigating vampiric murders that were falsely attributed to Jack the Ripper. As a doctor he wears a full suit, and instead of a whip called the “Vampire Killer” he mostly brandishes axes and knives. It was a decent swipe at the king, but needless to say, Master of Darkness didn’t unseat it. 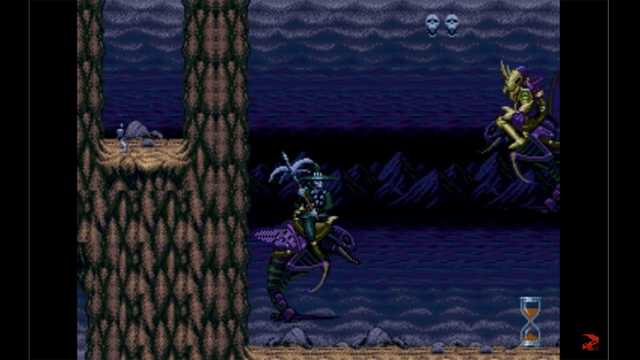 Unlike Master of Darkness, Chakan: The Forever Man wasn’t too referential of Castlevania. Instead, it was based on a comic book about a great warrior who challenged Death to a duel. But its premise–Death loses the duel but immortality he grants is a mixed blessing–lends itself to the same brand of supernatural horror. It’s a similar combat platformer, though the Genesis lent itself to bigger sprites than anything seen in Castlevania up to that point. What it lacked was much of a compelling villain. Without the lord of vampires steering the denizens of darkness, it’s hard for anything to feel quite the same. 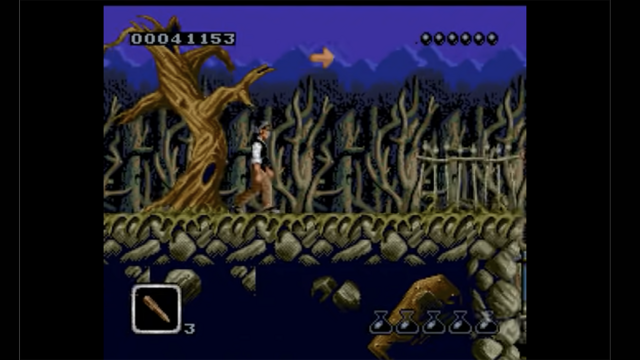 One game that didn’t have a villain problem was Bram Stoker’s Dracula, based on the movie based on the novel of the same name. Vampires were all the rage in the mid-’90s, between this Dracula adaptation and the Brad Pitt and Tom Cruise vehicle Interview with the Vampire. This game was, uh, let’s say loosely based on the movie, with an array of ghoulish creatures you might expect from any Castlevania-like. But it was sluggish even compared to the original NES Castlevania, and the hitboxes were often confusing. The classic novel deserved better. 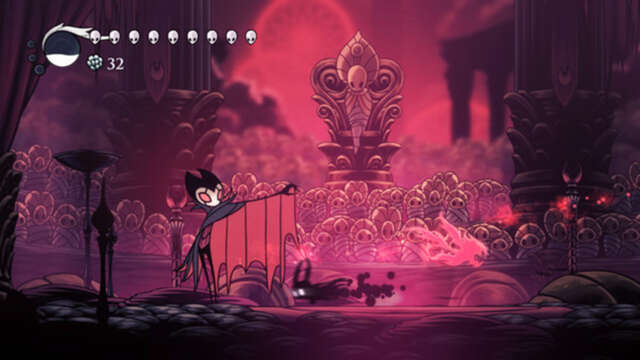 Hollow Knight was part of the renaissance of new metroidvania games based heavily on Castlevania: Symphony of the Night. It took the familiar trappings of a spooky, interconnected world filled with threats and made it bug-sized and minimalistic. The tough-as-nails combat earned it accolades among the hardcore set, the worldbuilding was top notch, and the spooky-cute art style is instantly recognizable. After a warm reception to the original and its various expansions, fans are now eagerly awaiting the follow-up, Hollow Knight: Silksong.

Ori and the Blind Forest & Ori and the Will of the Wisps (PC, Xbox One, Xbox Series X, Nintendo Switch) 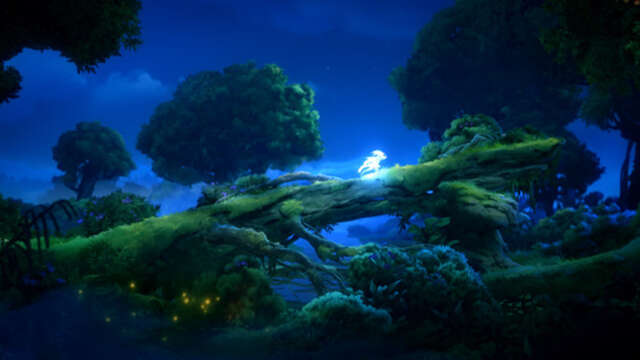 Similar to Hollow Knight, the two Ori games serve as a duology of metroidvanias that eschew the usual ghouls-and-goblins setting. Ori is set in a lush forested paradise that has started to succumb to a rot. Ori is an acrobatic tree spirit, giving them a greater degree of agility than many Castlevania games. But those differences aside, it’s a true metroidvania with all of the exploration and skill-building that implies. 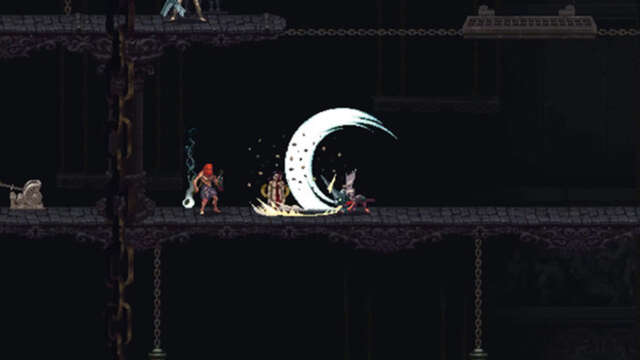 The result of a successful Kickstarter campaign, Blasphemous embraces Castlevania’s traditional gothic horror setting, and then adds a dose of extra-hard Soulslike combat just to really put your skills to the test. As the name implies there’s a decent amount of creepy occultism at play, and the horrific visuals are communicated through beautiful crunchy hi-res sprite artwork inspired by Roman Catholic iconography in Spain. 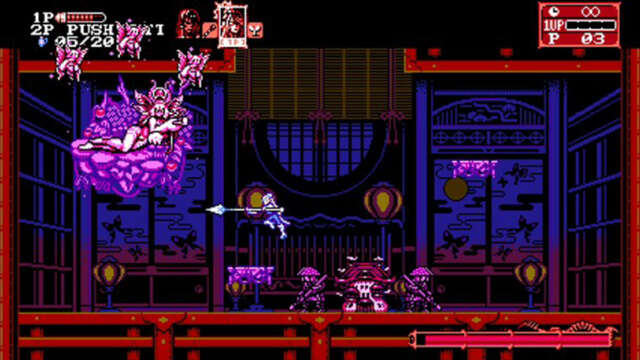 When Castlevania producer Koji Igarashi announced his plans to create a new game in the classic Castlevania style called Bloodstained, fans were thrilled. As part of a stretch goal, the studio also planned a spin-off for the fledgling franchise, which would serve as an introduction to this world. Called Curse of the Moon, it set up some key characters. But even better, it was a throwback to the classic NES Castlevania games, even imitating the varied roster of Castlevania 3: Dracula’s Curse. It was such a hit that Curse of the Moon 2 expanded on the concept further. They’re both shorter than the lengthy Ritual of the Night, but they pay homage to the origins of the series wonderfully. 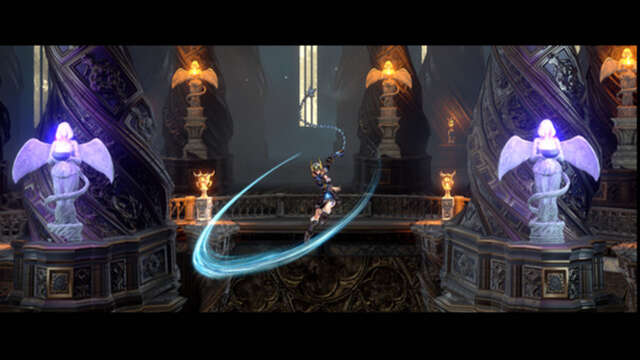 Bloodstained: Ritual of the Night was the spiritual successor to the Symphony of the Night and subsequent Game Boy Advance and DS games. It had a massive castle, a winding story with different factions of demon slayers and church-aligned spiritualists, and tons of secrets to explore. It also had an extremely goofy sense of humor, merging some of the series’ old kitchen sink approach alongside the gothic setting. Though the development seemed troubled at times, the ultimate outcome was a great revitalization of the exploration-based Castlevania-like games. And it was a chance for Igarashi to show everyone how he’d modernize the formula. 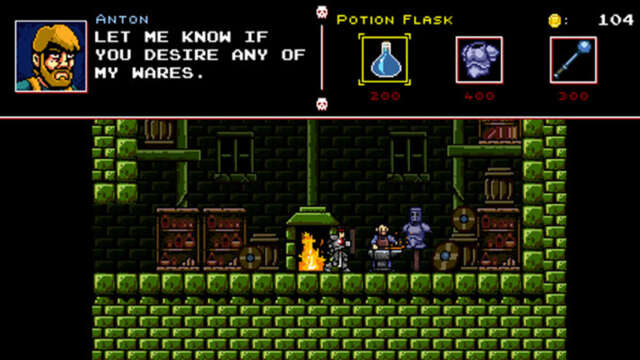 This modern take on the classic, original Castlevania games has echoes of metroidvania in it, but it’s mostly just tough-as-nails and with a peculiar, precise stiffness to the combat controls. It’s also incredibly grisly, using the pixel art to show horrific levels of violence, especially when you die. You can play in Classic Mode to restart at your last save point or Casual to get a small leg up with checkpoints. But as a lone adventurer batting down beasts and skeletons, it certainly looks and feels like one of the original Castlevania games. And for extra nostalgia, it even includes a cheat code mechanic that lets you break the game in some helpful and hilarious ways. 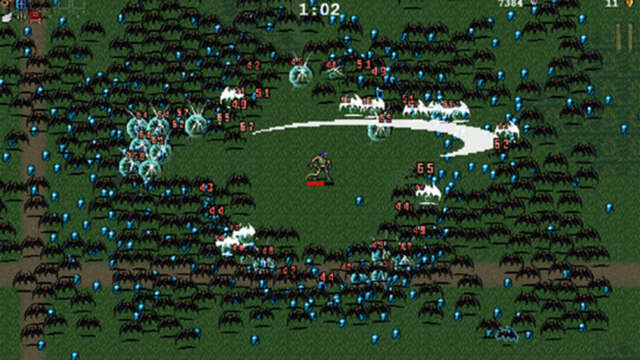 Still in early access, Vampire Survivors is clearly inspired by Castlevania but plays unlike any of them. Instead, you’re a lone adventurer fighting off hordes of enemies in a single-stick shooter environment, and you selectively choose familiar upgrades like a Holy Bible to assist you in the effort. The game is all about survival, and while it doesn’t feature Dracula, it does have just about every other kind of spectre and monster you can dream of. We’re curious to see more as this one continues to develop toward a 1.0 release.