Doctor Strange 2 brings a bunch of new and familiar faces to the MCU. Here’s who they are, who they’re played by, and wh 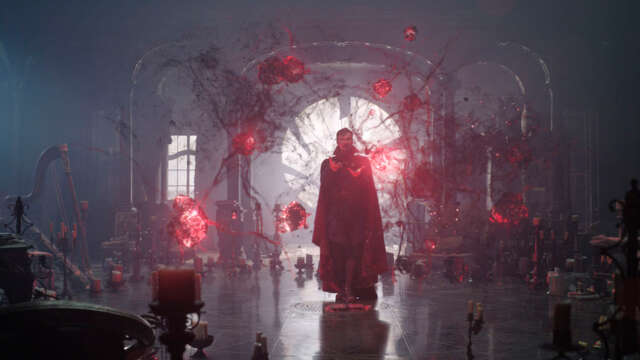 Doctor Strange in the Multiverse of Madness doesn’t quite top Eternals in terms of introducing brand new characters to the MCU en masse–but it does come pretty close. And, unlike a new team of superheroes being brought in as a unit, Multiverse of Madness kept almost all of its major reveals a secret.

So, unsurprisingly, most of these are going to be considered spoilers. Please proceed with caution!

In addition to people like America Chavez, who has been featured heavily in the marketing for the movie, Multiverse of Madness also brought in the Illuminati, a group in an alternate universe made up of some vaguely familiar (but still new-to-the-MCU) faces. Here’s who they are, who they’re played by, and what they’ll likely mean for future movies and TV shows. 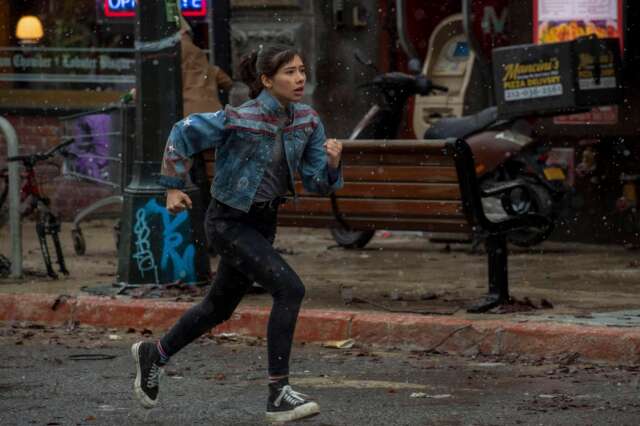 Xochitl Gomez plays America Chavez, a teenager from an alternate reality who has the power to hop between universes. At first she is unable to control this power, creating portals whenever she’s particularly scared–something that causes problems and often sends her or others swirling across the multiverse uncontrollably. By the end of the movie, however, she has learned to control her abilities and now can move back and forth between universes with purpose. 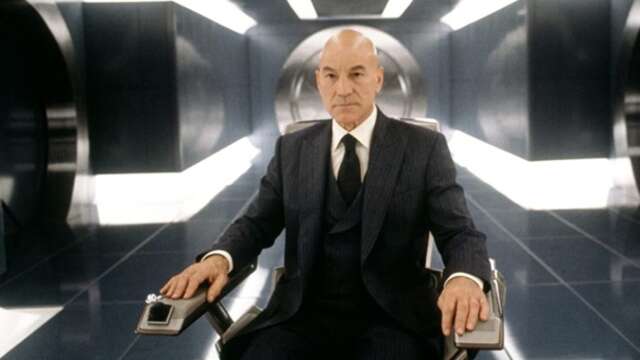 Reprising his role as Charles Xavier is Patrick Stewart, a member of Universe 838’s Illuminati. We don’t actually learn much about this version of Professor X–his design is reminiscent of the X-Men cartoon, however, rather than the earlier X-Men films Stewart starred in. He has his neck snapped by Wanda. 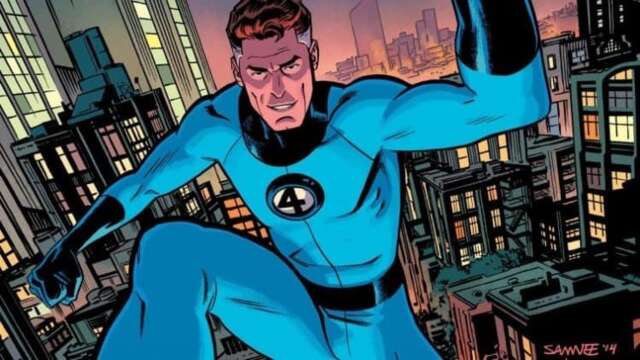 The frequently fan casted John Krasinski plays the 838 version of Reed Richards, who does mention having a wife and children of his own (likely Sue Storm and Franklin Richards, though none are officially named). We see him using his stretching powers and he namedrops the Baxter Foundation, which comics fans will recognize as yet another Fantastic Four connection, but like every other Illuminati member, he doesn’t survive for long enough to make more than a handful of references to anything else. Wanda tears him apart. 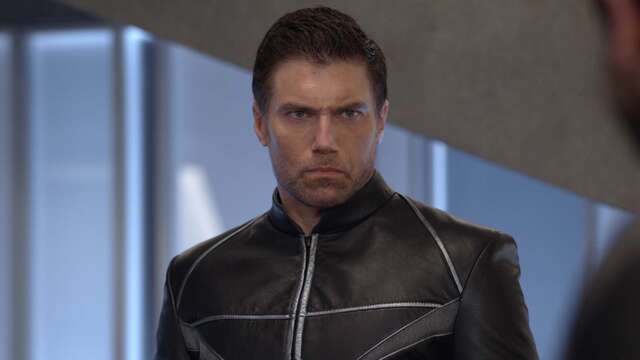 Remember the short lived Inhumans show? It’s okay if you don’t–Blackbolt, reprised by Anson Mount, is here to remind you–though his costume has been given a major update to better resemble his comic book self. The Inhuman ruler gets a brief introduction, recapping his powers (a voice so loud that even the slightest whisper will vaporize anyone standing in its way) and his role (leader of the Inhumans, keeper of the Terrigen mists) but he too meets a swift end at Wanda’s hand. She removes his mouth so when he tries to speak his powers cave in his own skull. 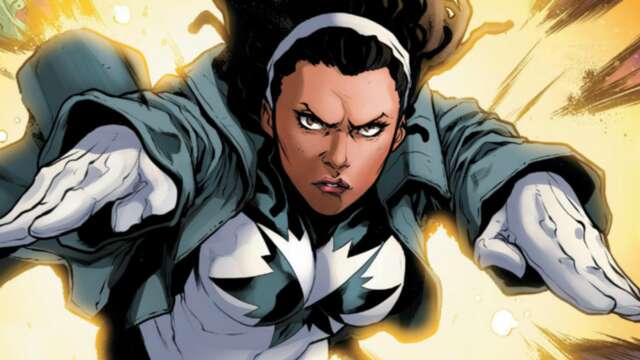 Lashana Lynch plays the 838 version of Monica Rambeau, who in this world is Captain Marvel. She gets the least amount of context in her introduction, so we can’t be sure what happened to Carol Danvers or if Carol even exists in 838. Wanda uses a statue to crush her to death. 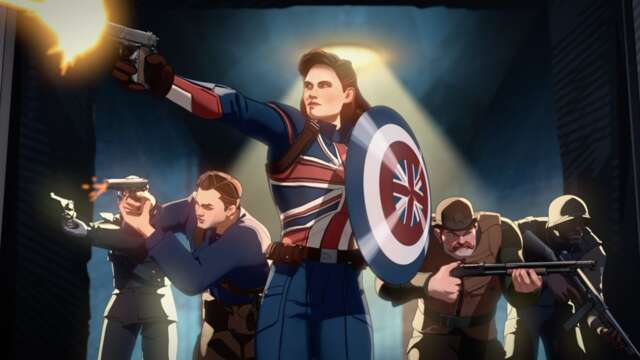 The first Avenger of 838 is actually Peggy Carter, as Captain Carter, played by Hayley Atwell. This is Atwell’s second time as the character, technically, after having voiced another version of her in the What If…? Animated show. It’s not clear if this Carter and the What If Carter are actually the same or not but it doesn’t matter–Wanda slices this Carter in half with her own shield.

This one isn’t technically a new character, but it is worth pointing out. 838’s Illuminati headquarters is populated by Ultron sentries, meaning that 838’s version of the killer robot is much, much different. Maybe Reed Richards had something to do with this version of Ultron–or maybe there was an 838 version of Hank Pym, Tony Stark, or Bruce Banner out there somewhere building this tech. Also, did you notice those giant statues that looks a little like Jocasta? It seems like Ultron’s existence in 838 is much, much different than the one we’re familiar with. 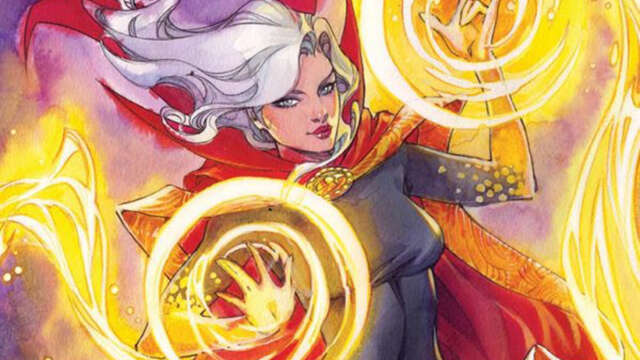 The post-credits scene introduces Charlize Theron as Clea, another magic user in the multiverse who we don’t learn much about in her brief introduction. In the comics, Clea is a sorcerer supreme from the “dark universe” and she even eventually becomes Strange’s wife. Her comic book heyday was even married to Stephen for a while. In the MCU, all we can say for sure is that she has the ability to travel between dimensions and is very aware that “incursions” (collisions between different universes) are a major threat.

So what does this mean? 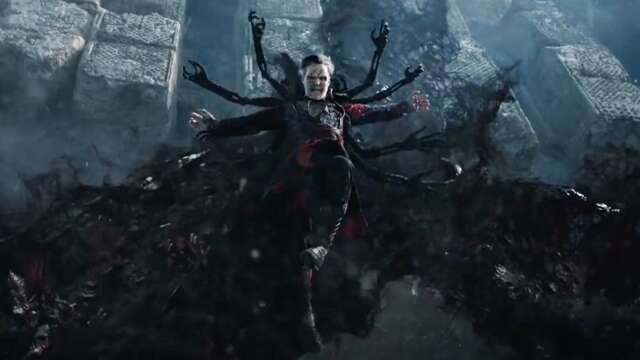 With the exception of America and Clea, we can be sure that these new characters–or at least the 838 versions of them–are dead and gone. This does not mean, however, the same actors won’t be reprising other versions of them across the multiverse. But we can’t be sure the same actors will stick around, either–remember how Sylvie is also a version of Loki? There is no rule saying that the 616 version of Xavier will be played by Patrick Stewart, but that’s certainly a possibility and so on. And, considering the we now have America who can jump between universes at will, the possibility of meeting new and different versions of any of these characters in the future is definitely high. Still it’s just as possible that we’ll meet other versions of them down the line played by the same actors–after all, why bring someone like John Krasinski in at all if you’re not planning to use him for more than just a brief scene and shocking death?

Where would you like to see these new characters in the future? Let us know in the comments!