Epic Games has announced Fortnite Season 7: Invasion.  Hold onto your Ray Guns and prepare to embrace the chaos, because aliens have invaded more than just the Island, they’ve upgraded the season’s Battle Pass too.

You can see a breakdown in the new Fortnite Season 7 Invasion trailer here:

Battle Stars are back

Every time you Level Up, you’ll earn 5 more Battle Stars. Use your Battle Stars to claim a suite of awesome Battle Pass rewards in the order you decide.

Your Battle Pass rewards in your order

Cosmetics are no longer tied to reaching specific season levels. Instead, you’ll earn Battle Stars when you level up, and can exchange them to claim Battle Pass rewards in the order you decide.  As you earn season levels and claim rewards, more pages of the Battle Pass will unlock, offering new reward options.

Each page of the Battle Pass also has a special locked reward, like the punk rock believer Sunny or synthetic artist Guggimon, only available once all other rewards on that page have been claimed. Scope out your favorites and snag them first as you work to reach Level 100 and claim the intergalactic traveler Rick Sanchez from Rick and Morty. After claiming all 100 Battle Pass rewards, you can keep exchanging your Battle Stars for a selection of new Outfit styles for Doctor Slone and others. 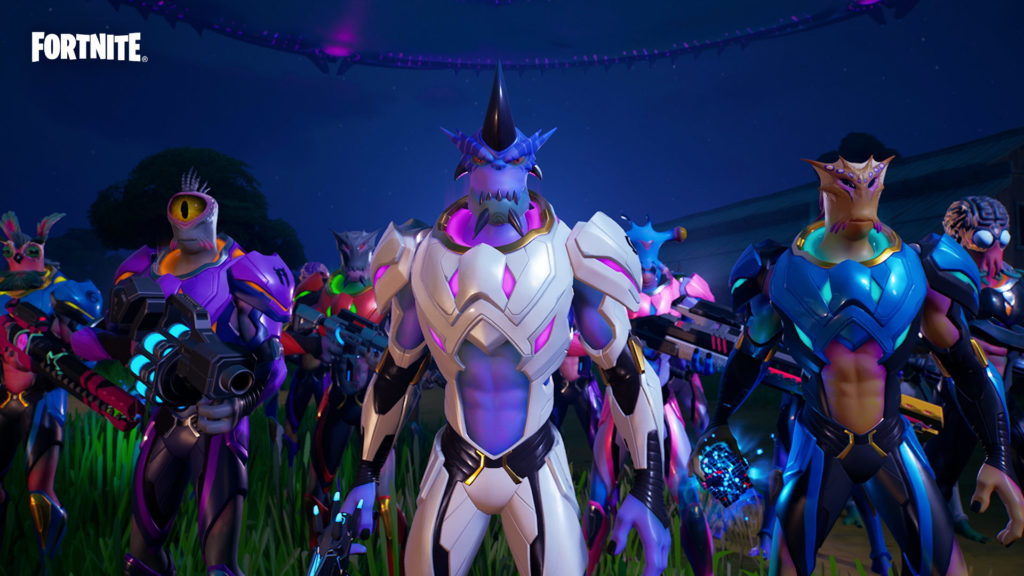 Purchasing the Battle Pass will immediately unlock the face-swapping alien, Kymera. With over 800,000 combinations of head shapes, eye and skin colors, patterns and armor colors to choose from.  Mix & match from any of your unlocked style options at any time.

You can also collect Alien Artifacts and exchange them to claim additional styles of Kymera.  This will permanently expand your choices of custom alien looks.  Explore parts of the Island impacted by the Invasion each week, or squad up and unravel the mystery of crystal-encased Cosmic Chests to collect the artifacts.

More information about the Fortnite Season 7 Battle Pass can be found here.