Dolores Entertainment has announced the musical puzzle adventure Indigo 7 will be available this July.  The game will release on Nintendo Switch, PlayStation 5, PlayStation 4, Xbox One, Xbox Series S and X, and Steam.  A PlayStation Vita port is also in the works.

Indigo 7 is a color-based single-player and multiplayer game inspired by 7 Colors (1991) and Puyo Puyo Tetris (2006).  The teen comedy story takes place between the 80s and the 90s. As you follow the plot through comic-styled cinematics, you’ll face different battles and unlock a lot of single-player and local PVP modes that tell the rest of the story. The match rules vary in each mode, but the challenge always stays the same.  Choose a number of colors to use and make the board yours before your opponent does.

You can see the launch trailer here:

Indigo 7 tells the story of Nathan and his music band, who go on holiday together after him being dumped by his girlfriend. In a beautiful coastal city, he finally recovers his will to live after meeting a girl named Debbie and becoming involved in a battle of bands with his friends. But the path to success won’t be so easy, since Nathan starts finding new rivals that come between him and his happy ending. In that situation, there’s only one thing to do – smash them with the power of music. 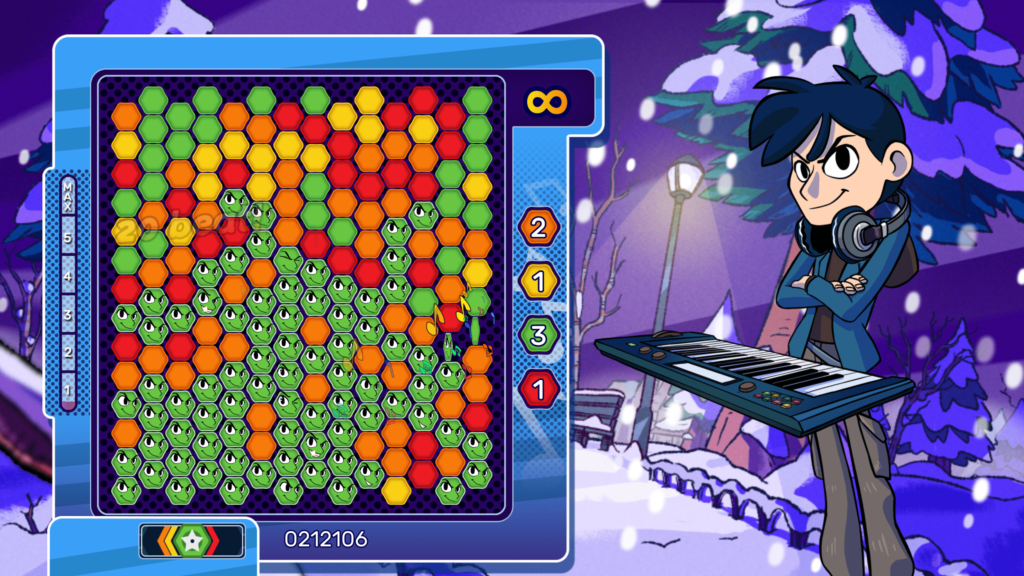 Indigo 7 will be available July, 2021.  The game will release on Nintendo Switch, PlayStation 5, PlayStation 4, Xbox One, Xbox Series S and X, and Steam.  A PlayStation Vita port is also in the works.

The post Musical puzzle adventure Indigo 7 will rock on consoles and PC in July appeared first on GodisaGeek.com.