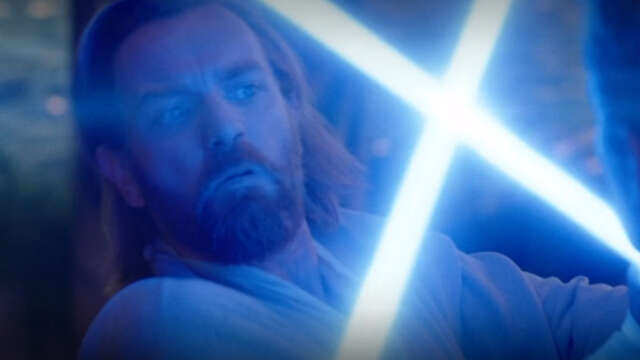 The penultimate episode of Obi-Wan Kenobi has arrived on Disney+, and it is one of the best episodes of Star Wars television to date with an incredible ending. Next week will be the final episode of this limited series, sadly.

Throughout the episode, there were plenty of moments containing Easter eggs and references to other movies that we need to talk about. So before we get to the final episode where we’ll most likely see a return to our favorite sandy planet.

So from hairstyles to Jedi from Legends being made canon again to translating Aurebesh, here are 10 things we learned from this week’s episode of Obi-Wan. 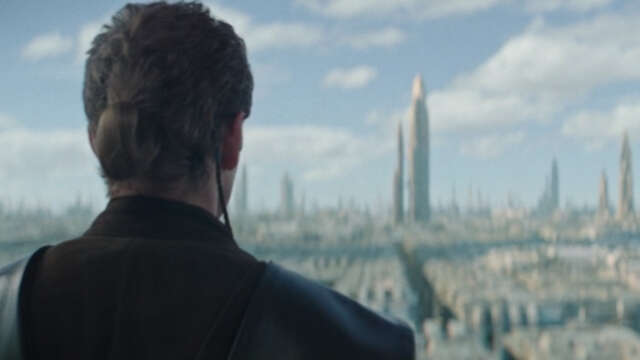 While we don’t see a lot of this in Star Wars post-prequel trilogy–because the Jedi Order are hunted–Anakin sports the Padawan braid in a flashback. This is an indication that the person is training to be a Jedi. In cases of alien species that don’t have hair, they were given a string of beads to hang on their head. 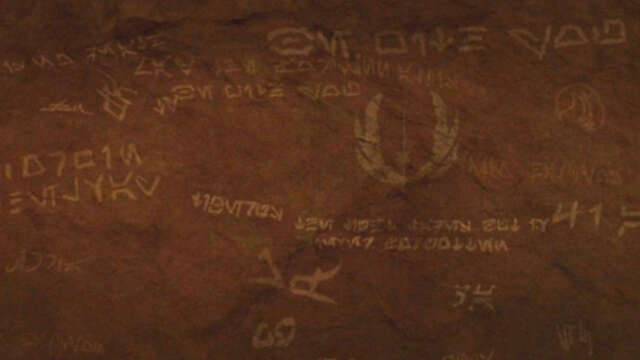 Carved into the walls, is a whole lot of Aurbesh–the written common language in the Star Wars universe. Some of the phrases translate to “There is no” and others are too tough to translate because there’s not a clear enough shot to make out all the letters. However, they were all written by Jedi visiting the planet. There is one name on there that is notable though. 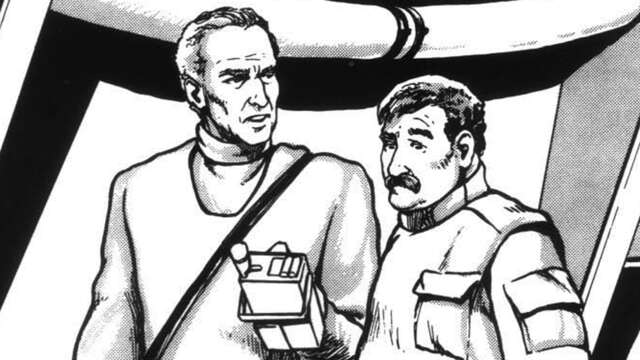 He’s the one without the mustache in the image above. That name is one that can easily be made out on the walls. He’s a Legends Jedi, and this is his first mention in the current canon. According to the original canon–before that was wiped away–Shelvay was a Jedi during the Jedi Order–up until Palpatine told the Clone Troopers to execute Order 66. He escaped and hoped to put back together the fragmented Jedi Order. He later worked with the Rebel Alliance in the background and tried to sabotage Death Star II. 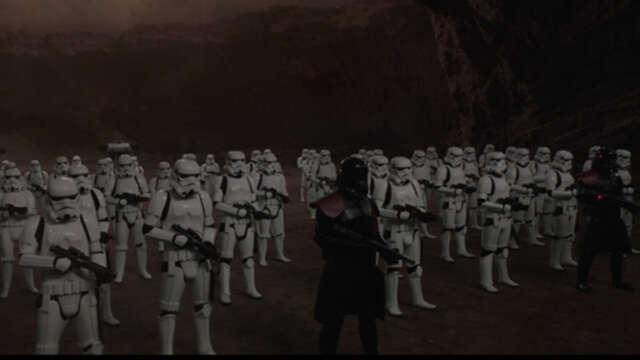 This is a very important era for the Empire, as they’re building their forces and have fully taken a grip on the galaxy. During this time, the Empire began recruitment for the Empire–something we saw briefly in Solo: A Star Wars Story. While some Clone Troopers continued to serve the Empire and were made into Stormtroopers (many became Purge Troopers), lots of the Stormtroopers you see were average people in the galaxy, looking to serve the Empire. That’s why some of the voices you hear don’t sound like Temuera Morrison–as he played Jango Fett, the blueprint for all the clones. 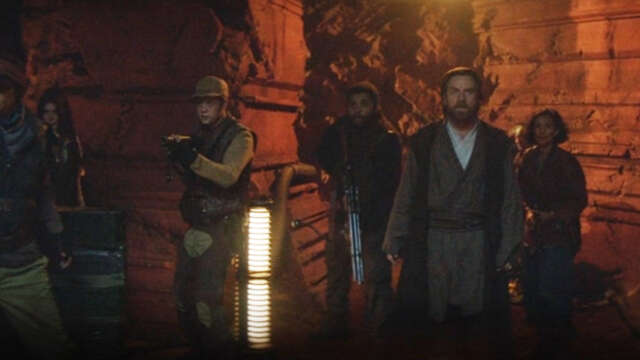 Roken (O’Shea Jackson) has a familiar looking weapon, for the few moments we see him holding it. It’s a bowcaster. This might be the first time we’ve seen a human using a bowcaster–outside of Han Solo borrowing Chewbacca’s in The Force Awakens–as this is primarily a weapon used by Wookies. Essentially, these are laser crossbows. They are more powerful and accurate than your typical blaster. However, they are heavier and tougher to handle, unless you’re strong. 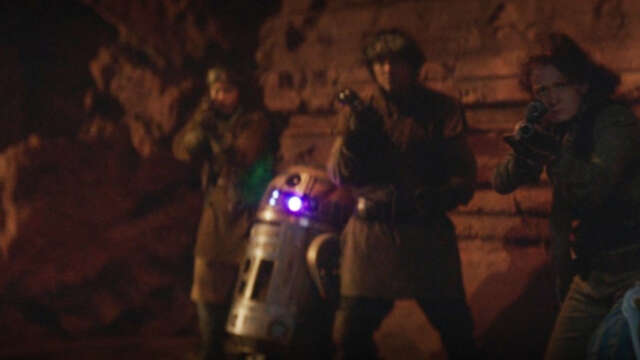 Any time we see an R2 unit, right away, we all think, “That’s gotta be R2-D2, right?” Here, we see a typical R2 unit hanging out. These droids were made to work with spaceships to help the pilot navigate space. Additionally, it could make repairs on said ships as well, as R2 units are equipped with a plethora of tools. 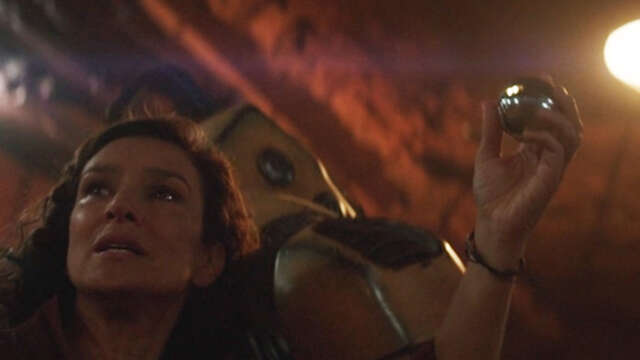 The first time we saw a thermal detonator was A New Hope, but it was first identified as one in Return of the Jedi–when a disguised Leia Organa threatened Jabba the Hutt with one. It’s a small explosive device like a grenade but much more powerful. As far as weapons in the Star Wars universe goes, it’s mentioned and used a lot, appearing in The Phantom Menace, The Clone Wars, The Bad Batch, Solo, Rebels, Forces of Destiny, The Mandalorian, Resistance, The Force Awakens, and numerous novels and comic books. 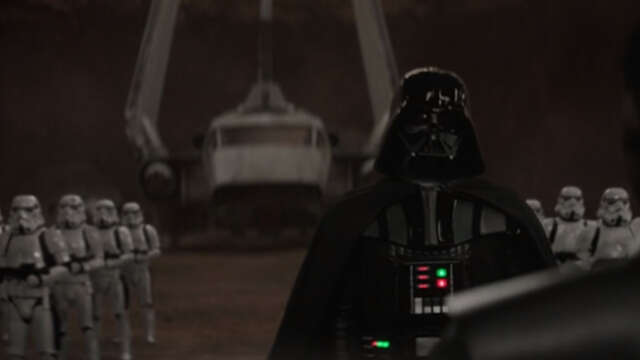 While Vader is seen using an TIE Advanced Starfighter most of the time, we see him exiting a Lambda-class T-4a shuttle. It’s also called an Imperial Lambda or Imperial Transport. These transport ships were used by high-ranking Imperial officers, but they were also used to transport Stormtroopers as well. 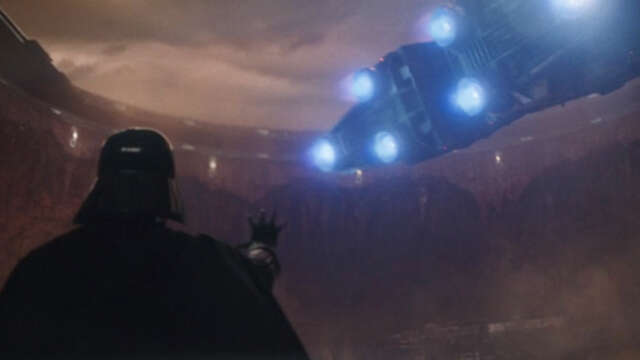 The original trilogy showed Darth Vader as a villain, but more so of one rising through the ranks of the military, and we never got to see his true power–outside of choking some people out with the Force. In this episode, he holds back an entire ship trying to get off-planet, and after forcing it to the ground, he tears it apart with the Force. Vader has never been this horrifying. 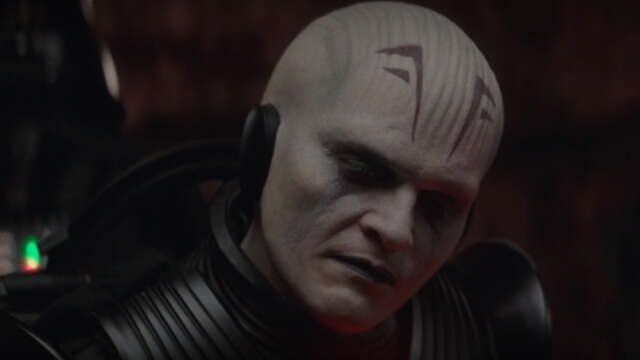 When the Grand Inquisitor was killed early on in the series, it was incredibly confusing, mainly because this character is such a huge part of Star Wars: Rebels. Was he a clone? Is it being retconned? Nope, we don’t have to worry about that because the plan was always for Reva to become the Grand Inquisitor, bring Obi-Wan to Vader, and try to turn on him–and fail. Vader probably wasn’t expecting Obi Wan to escape though.