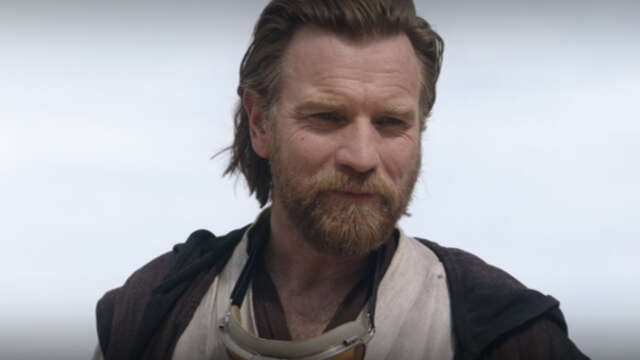 With Episode 6 of Obi-Wan Kenobi, the Disney+ show has come to an end–for now, as there’s always talk about more seasons, even if the show is a limited series. Obi-Wan had his final confrontation with Darth Vader–again, for now.

However, throughout the episode, there were numerous moments referencing past Star Wars movies or Easter eggs to some deep canon most of us have forgotten about. Don’t worry, we have you covered as we dip into Easter eggs, references, and a general breakdown of specific moments from the final episode. If you want to check out Easter egg galleries from past episodes, check out the links below.

So from random droids to random lines to massive ships, here are 10 things we learned from this week’s episode of Obi-Wan. 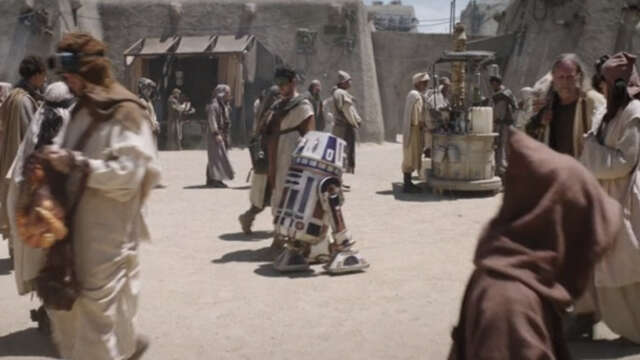 In the background of a scene on Tatooine, there’s this astromech droid just strolling around. This is an R5 Unit–the cousin of R2-D2 essentially. This is a lot like the very popular R2 line of droids; however, the major difference is that R5 units were super cheap and affordable to the average person who also needed a droid for their spaceship. 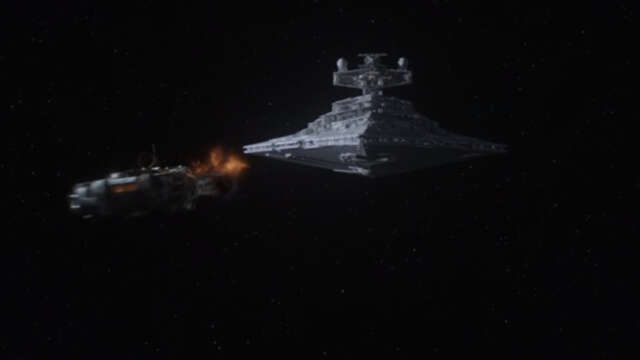 The Empire had a massive starfleet, and what we see here–the ship Vader is on–is an Imperial I-class Star Destroyer. Part of the Imperial Navy, these ships are seen throughout the original trilogy–A New Hope opens up with one. 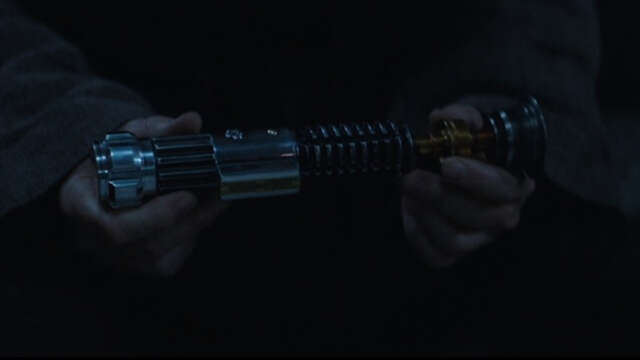 Obi-Wan Kenobi has been a Jedi for quite some time–even if he doesn’t walk the path of the order anymore. However, the lightsaber you see above isn’t his first. This is his third one, constructed during the Clone Wars. 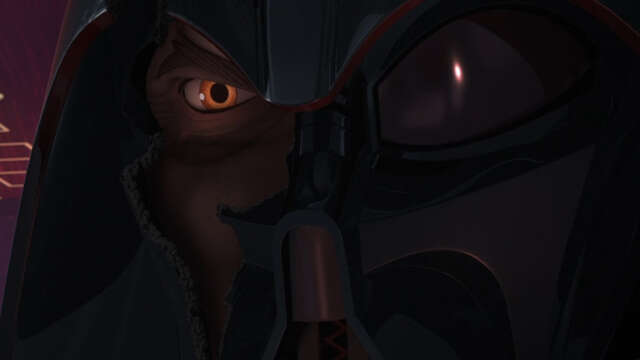 Obi-Wan breaks Vader’s mask and sees the right side of his true face. There is a huge connection to Star Wars: Rebels here–which takes place after the Obi-Wan series. Anakin Skywalker was Ahsoka’s master and eventually became Darth Vader. Ahsoka fought Vader on Rebels and destroyed the left side of his mask, showing what was underneath.

She sees Anakin, and thinks she’s reaching him. She wants to stay and save him, and Anakin/Vader replies, “Then you will die.” 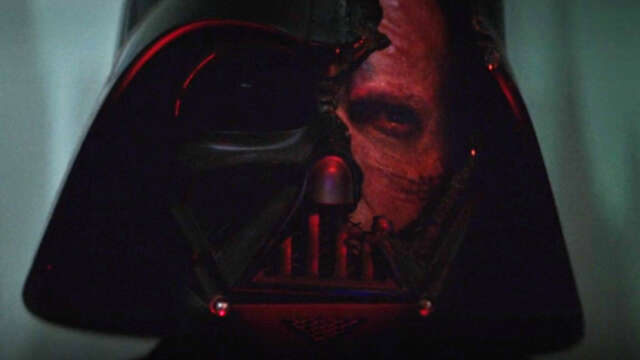 Hayden Christensen plays Vader here, as Obi-Wan breaks the right side of Vader’s mask. And much like the moment on Rebels, Obi-Wan thinks he can save his friend, and Vader says “I will destroy you.” Vader is really burning those bridges. 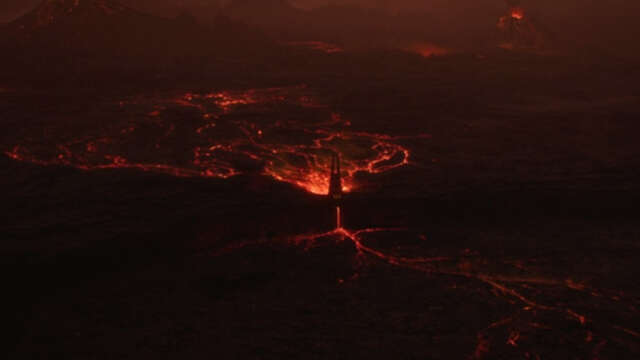 This place you see here is called Fortress Vader or Darth Vader’s Castle. It’s on the volcanic planet of Mustafar, where Anakin Skywalker died and Darth Vader was born. The fortress was built on top of an ancient Sith cave. 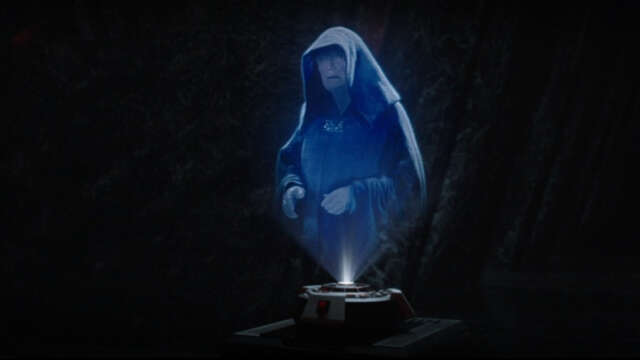 This is a quick reminder that Emperor Palpatine is still in charge, no matter how powerful Vader is. We also see the prime way to communicate in the Star Wars galaxy, which is by hologram. We’re still at the height of the Empire’s control, so the holograms actually work without interruption. 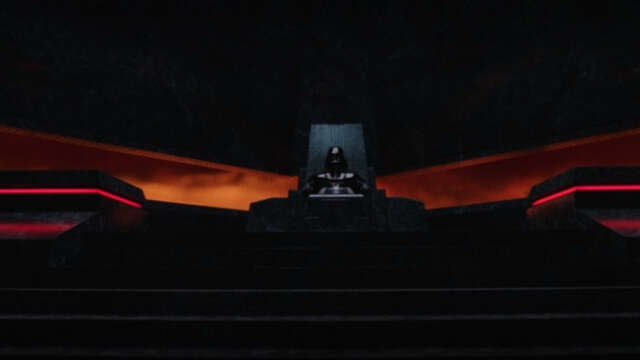 This was a chilling moment, as we got to hear The Imperial March–also known as Vader’s theme–on this show. It was originally written by John Williams for The Empire Strikes Back. It’s easily the most iconic piece of music from Star Wars as a whole.

9. He said the thing 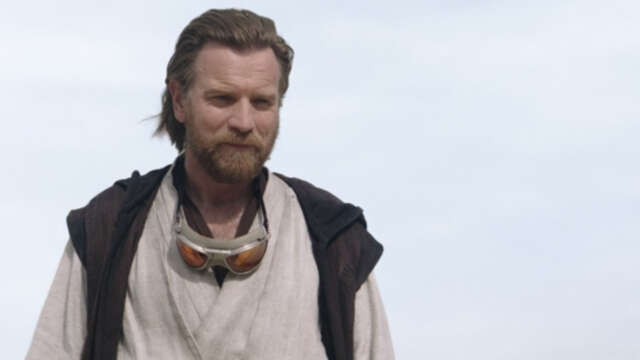 Obi-Wan says, “Hello there” at the end of the episode. The first time the character says this line is in Revenge of the Sith, when Obi-Wan surprises General Grievous and some battle droids. It has since become a meme. 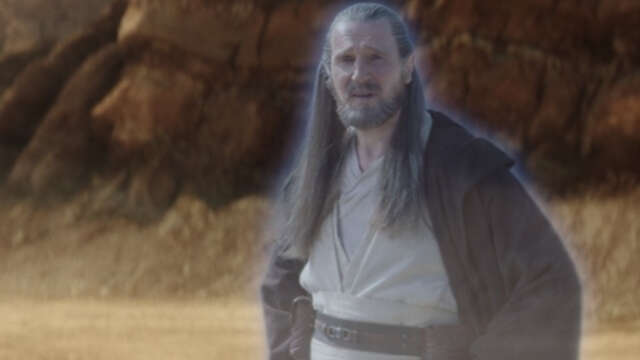 Closing out the show, Liam Neeson reprises his role as Jedi Knight Qui-Gon Jinn. He was Obi-Wan’s master and “died” at the hands of Darth Maul. “Died” is in quotes because he really became one with the Force, which allows him to be a Force Ghost forever, popping up to advise those close to him.