People Can Fly has just released a new spotlight video for Outriders detailing the specs and features fans can expect on PC. The video shares the official system requirements for PC players, along with confirmation of PC specific features.

You can watch the Outriders PC Spotlight video below, which details all the pc specs and features information:

Outriders features an extensive suite of advanced display options for players to tweak their setup to get the most out of their PC. It also boasts support for 13 languages, various UI customisation options, full cross-play across all platforms, ultra-widescreen support, Dynamic Resolution Scaling to ensure performance stays solid, and full NVIDIA DLSS support. 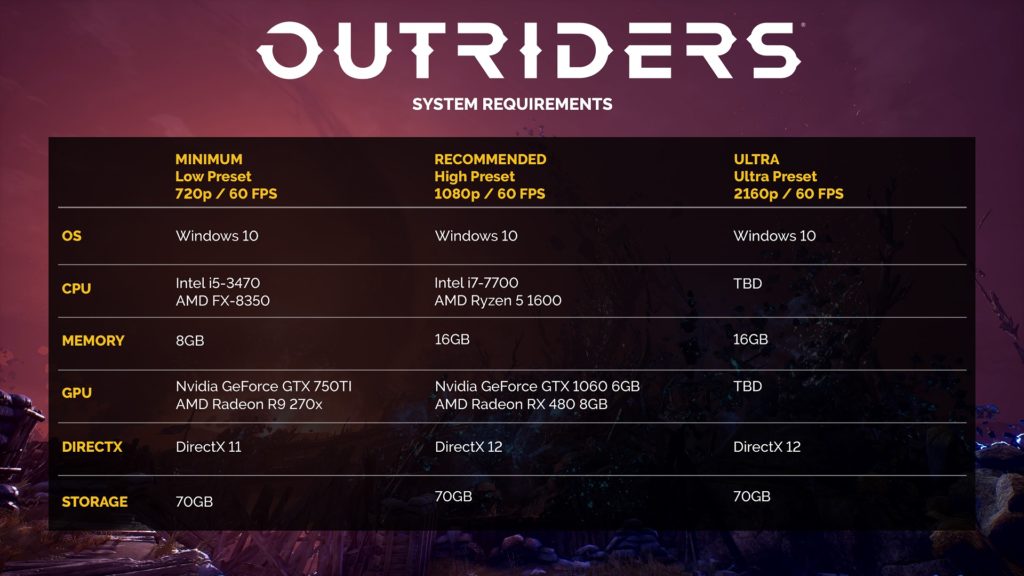 The People Can Fly team has worked hard to ensure a consistent frame rate regardless of PC capabilities. Also the hardware requirements are geared towards ensuring players will always be enjoying buttery smooth 60fps consistently whilst playing on PC.