Along with a brand new trailer, Marvelous Europe has just announced the details of the Rune Factory 5 limited edition, and the digital edition as well. 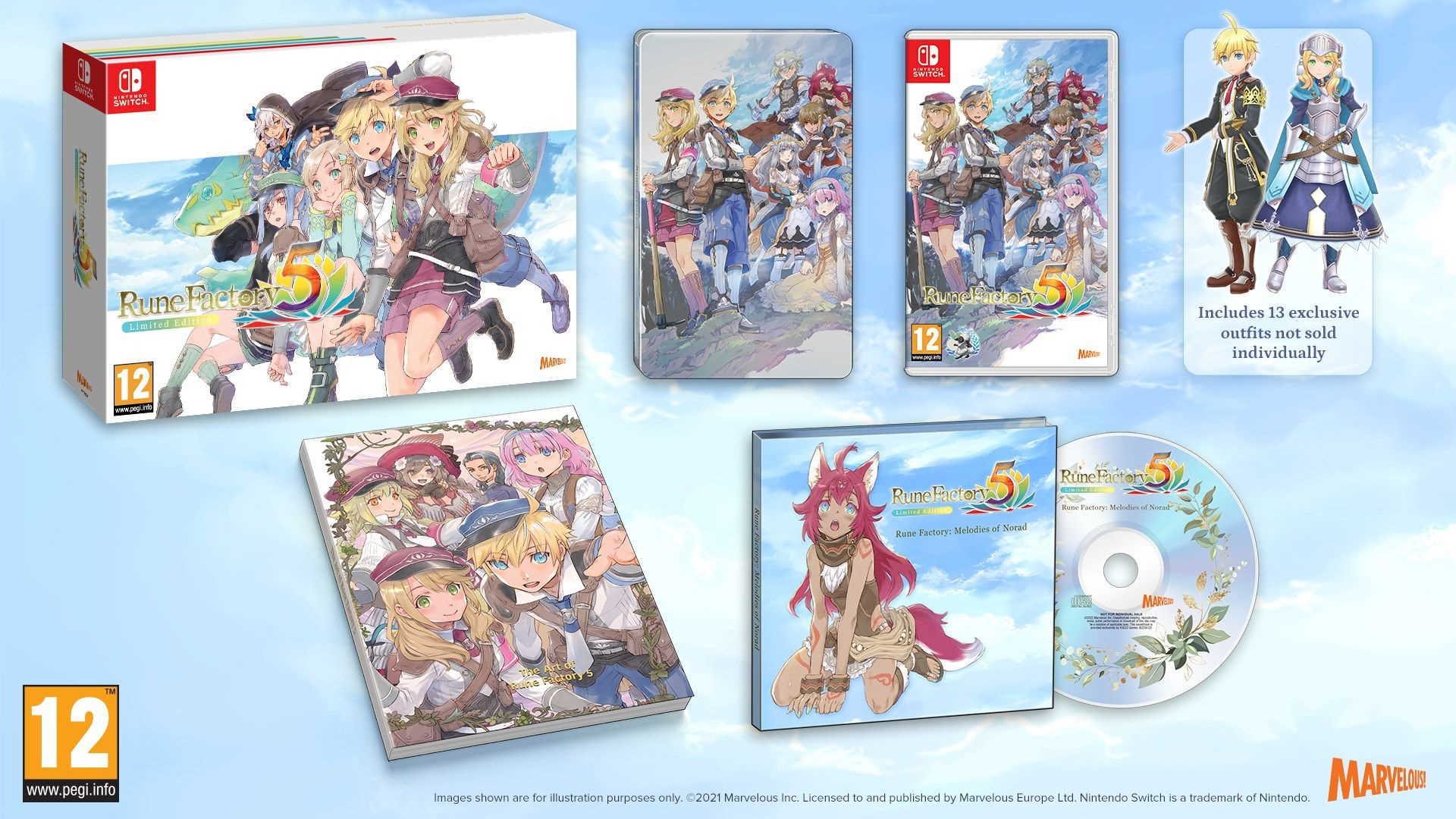 Here’s the official blurb on the game itself, with the new trailer just below that.

“A new chapter begins this March 25th as Rigbarth opens to all adventurers! Combining farming and family life with monster battling, Rune Factory 5 is the latest adventure in the critically acclaimed Rune Factory series to weave an epic story that’s accessible to new players and series veterans alike.”

The physical Rune Factory 5 Limited Edition will cost £4.99 / €79,99 and contain a physical copy of the game. It’ll also include a  Steelbook case, art book, and the “Melodies of Norad” soundtrack CD consisting of music from the franchise. Additionally, the Limited Edition will contain in-game content in the form of The Rune Factory 4 Marriage Candidates Outfits Set.

Rune Factory 5 is scheduled to launch physically and digitally on 25th March 2022 on the Nintendo Switch.