On Sunday 19th June, Team UK beat out 15 other rosters to be crowned the official PUBG Nations Cup champions at the ICONSIAM in Bangkok.

The roster for Team UK was made up of Alex “vard” Gouge, Christopher “Fexx” Wheddon, Luke “TeaBone” Crafer, Michael “mykLe” Wake and coach Justin “MiracU” McNally, and finished in first place with 203 points, and a prize pot of $100,000 after four days of PUBG eSports action. Along with this, Team UK will also get added funds fomr the Pick’em Challenge.

Team UK started strongly securing the second win of Day 1 and laying down a marker for their opponents. They followed that up with an impressive second place finish in Match 3 where they picked up 18 kill points, the record amount for the opening day. The roster continued its good display on the second day of action picking up another win to ensure they stayed in the hunt for the title. Day 3 saw the team raise its game once more, enjoying 1 win and 40 eliminations over the course of the five matches. 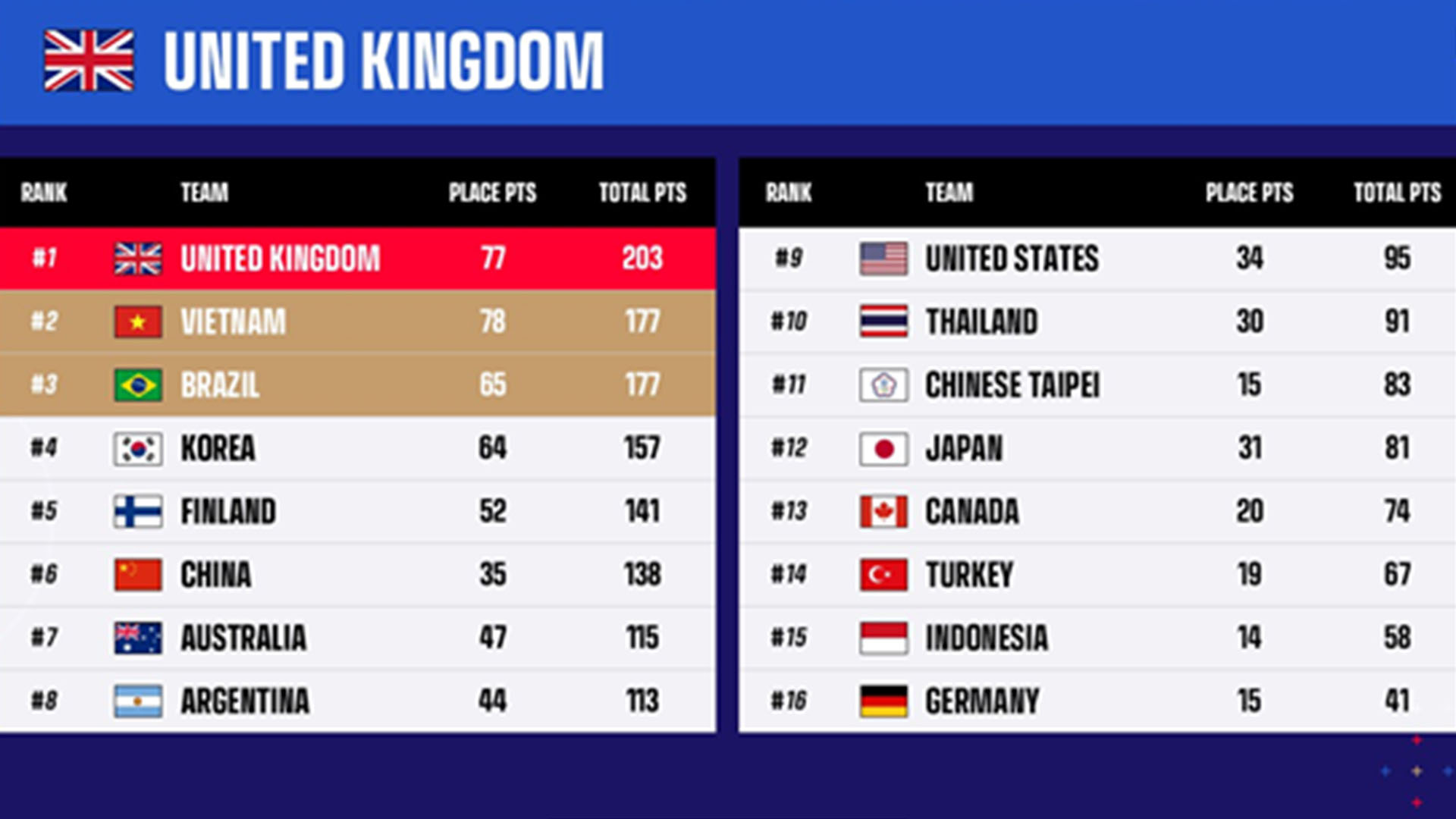 Vard, Fexx and Mykle particularly shone, taking 12, 11, and 9 eliminations each. The squad’s fine form continued on the final day, winning Match 17 and holding their nerve to claim the PNC 2022 title with 203 points. They beat off fierce competition from Vietnam and Brazil who finished in second and third place. Team UK’s vard was awarded the Most Valuable Player award after earning 36 kill points across the event.

The PCS7 Grand Finals start in September, with the PUBG Global Championship 2022 happening at the end of 2022.