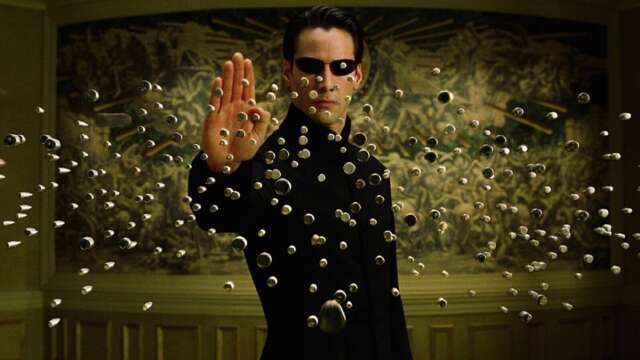 The 1990s may be known for the birth of Google, Beanie Babies, and the Macarena but it was also a decade loaded with fantastic sci-fi films. In fact, a strong argument could be made that the best science fiction flicks in cinematic history were released between 1990-1999.

It was during the ’90s that special effects were finally blurring the line between fantasy and reality. After decades of mediocrity, special effects were truly special. The ’90s were also a time when some of the biggest names in Hollywood (Steven Spielberg, James Cameron, Robert Zemeckis) along with several auteur filmmakers routinely cranked out epic tales with completely original stories. You can find a little bit of everything in this decade’s sci-fi Rolodex. Time travel, comedy, robots, aliens, dinosaurs, multi-passes–you name it, the ’90s had it.

The 1990s were the age of the sci-fi blockbuster and cinephiles were the beneficiaries. With that in mind, here are our picks for the 20 best sci-fi films of the ’90s. Did your favorite miss the cut or not rank as high as you’d like? Let us know in the comments below. 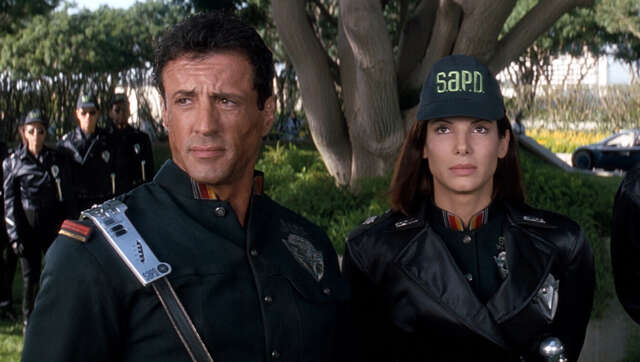 “He doesn’t know how to use the three seashells!” While LAPD sergeant John Spartan (Sylvester Stallone) may not be familiar with bathroom etiquette in the far off future of 2032, he’s intimately familiar with fighting crime in this fish-out-of-time, sci-fi action film. When Spartan is released from his cryogenic prison to catch the deadly Simon Phoenix (Wesley Snipes) 36 years after being jailed for a crime he didn’t commit, he finds himself in an unrecognizable world where commercial jingles are top 10 hits, sex is had via virtual reality, and every restaurant is Taco Bell. 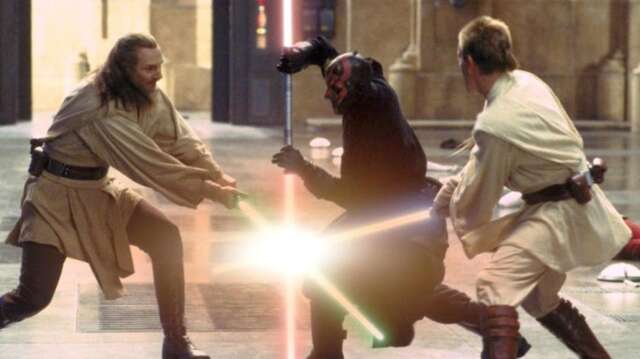 16 years after Return of the Jedi, Star Wars aficionados were at last able to see a new film from a beloved franchise. With its release came a young Obi-Wan Kenobi, the origin story of Anakin Skywalker, pod racing, the cool and calm Qui-Gon Jinn, the badassery of Darth Maul, and perhaps the greatest lightsaber battle in Star Wars history. And yes, Jar Jar Binks too. Although it initially received mixed reviews, two decades later Phantom Menace and the subsequent prequels have earned a greater appreciation from the Star Wars faithful. 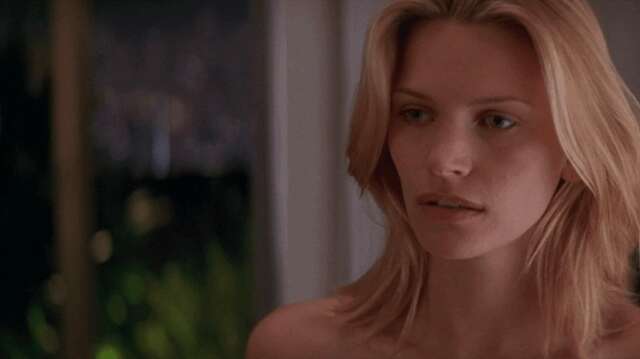 Prior to Species, aliens usually came in two flavors: violent creatures looking to take over the Earth and benevolent beings hoping to guide humanity. Sci-fi fans weren’t used to an alien femme fatale but that’s exactly what they received while watching the genetically modified Sil (Natasha Henstridge) wreak havoc on unsuspecting Angelenos. 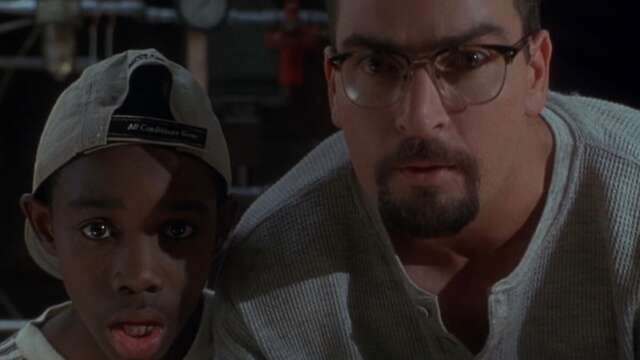 Are aliens the primary force creating climate change so they can kill off humanity? That’s the premise of The Arrival, a unique, thrilling, and thought-provoking tale of a radio astronomer (Charlie Sheen) who uncovers a worldwide plot to extinguish life on Earth. 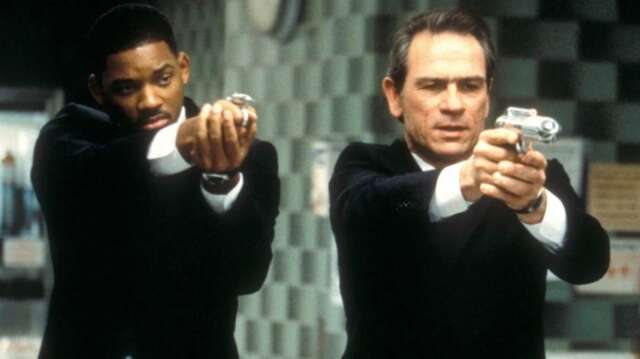 Tommy Lee Jones and Will Smith make for an odd couple but their unique pairing led to box office success with the biggest film of 1997. It also introduced the neuralyzer, the Noisy Cricket, and plenty of great comedic banter. A stellar sci-fi film, amazing special effects, and a creative story helped it evolve the genre. 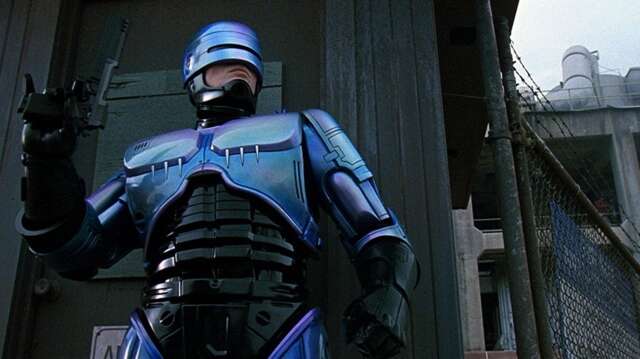 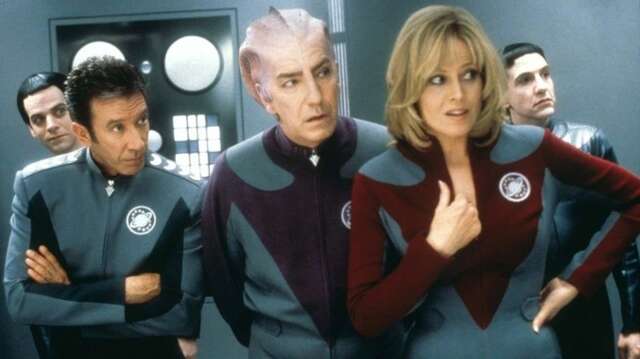 Blending comedy with science fiction can be tricky but Galaxy Quest, a comedic homage to Star Trek, manages to pull it off brilliantly. It’s so popular among Trekkies that it was voted the seventh greatest franchise film during the 2013 Star Trek convention in Las Vegas. Galaxy Quest also marks the film debuts of Justin Long and Rainn Wilson. 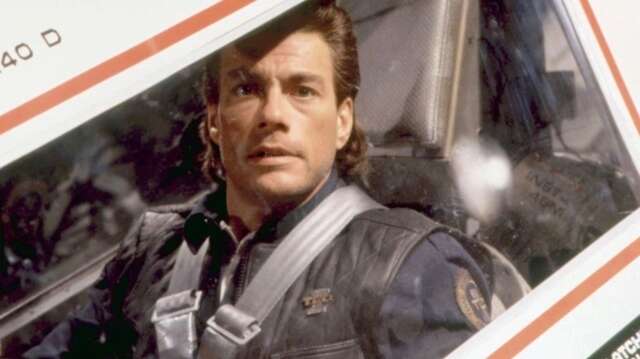 The Muscles from Brussels is known for his high kicks and groin stretching splits, and you’ll see both in this film, but Timecop is a sci-fi film at its core. Featuring time travel, a love story, and a dirty politician, the film is a time-hopping romp. 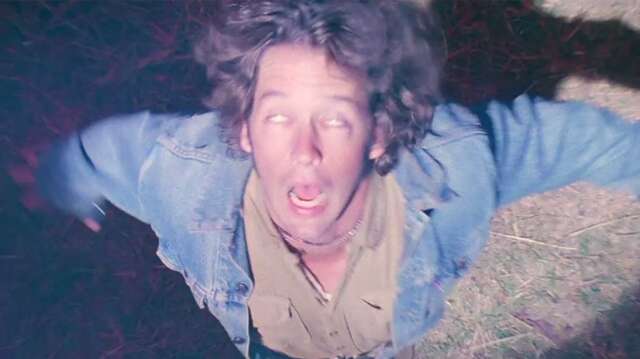 Fire in the Sky is based on the book, “The Walton Experience” by Travis Walton, portrayed in the film by DB Sweeney. It tells the story of how Walton and several of his fellow loggers were abducted by aliens while heading to work in Arizona. The screenplay by Tracy Torme (Sliders, Star Trek: The Next Generation) is riveting and has an X-Files vibe. 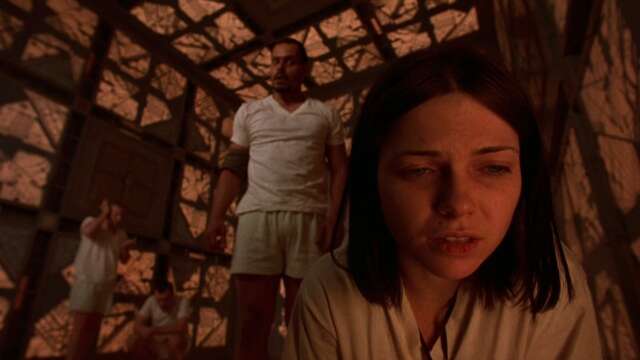 What would you do if you and four other people were trapped in a cube-shaped room? That’s the initial premise behind Cube, which plays like a feature-length episode of The Twilight Zone mixed with Survivor, if Jeff Probst was trying to kill you. This creepy and surreal film dives deep, making you ponder how much you can truly trust another person when life and death is on the line. 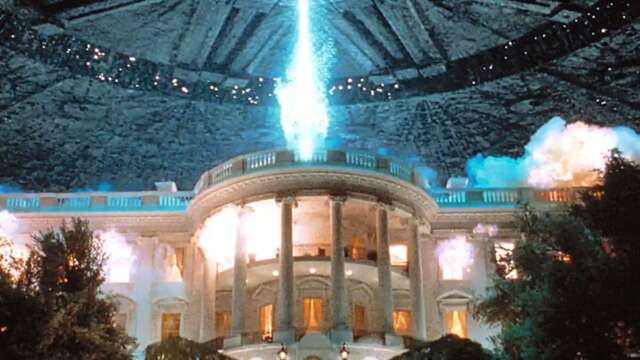 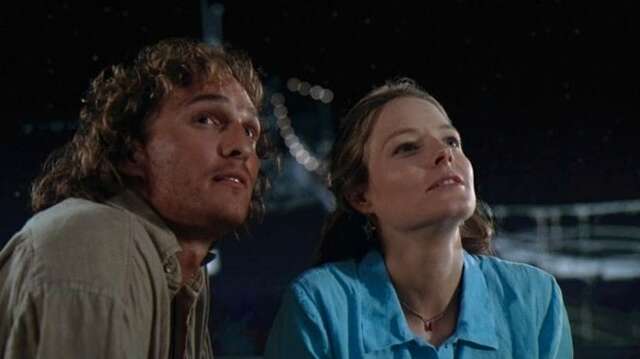 If there’s no life on other planets, it sure seems like an awful waste of space. That’s what Dr. Ellie Solloway (Jodie Foster) believes in this film based on a story from noted astrophysicist Carl Sagan. If you’ve never heard of Occam’s Razor, you’ll learn about it from this film. 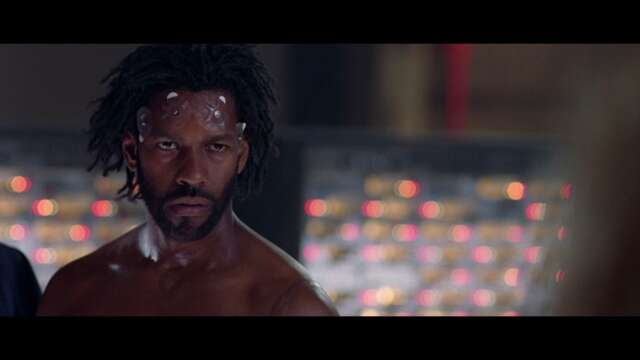 When a computer program named SID (Russell Crowe), a compilation of a variety of serial killers’ personalities, manages to escape its online existence by taking over an android body and goes on a killing spree, what do you do? Call in imprisoned former police officer Parker Barnes (Denzel Washington), of course. 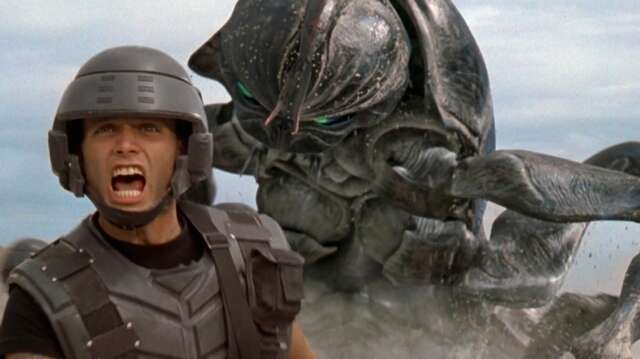 Initially panned by critics, over time director Paul Verhoeven’s initial intentions were finally realized and Starship Troopers has been widely adored for what it is: a satire on fascism and war. Its story is told via grand special effects, cheesy dialogue and hyper self-awareness. The film practically mocks the book of the same name it’s based on, written by Robert Heinlein. 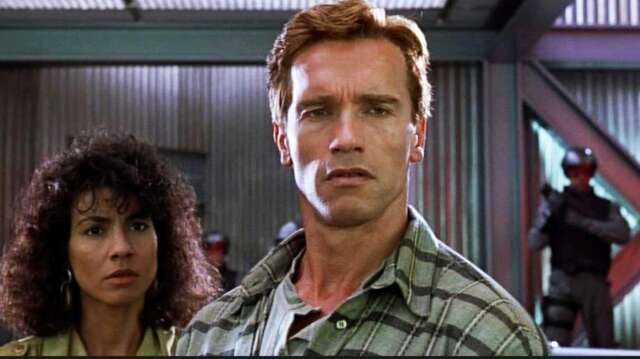 Douglas Quaid (Arnold Schwarzenegger) gets his ass to Mars in this science fiction film based on a short story by Philip K. Dick. Humans with crazy mutations, a complex plot, and plenty of intrigue will leave you wondering whether Quaid is really a secret agent or is actually working for the bad guys. 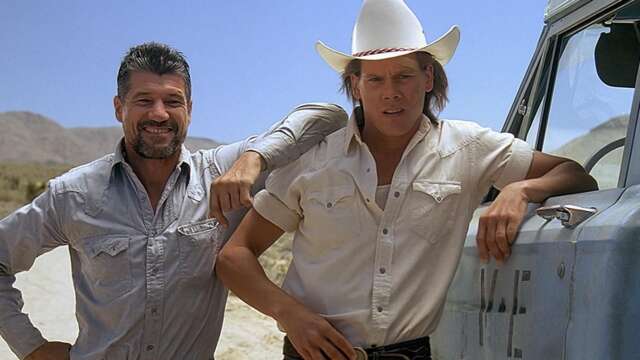 Val (Kevin Bacon) and Earl (Fred Ward) are two handymen barely making a living in the tiny town of Perfection, Nevada when they finally decide to leave for greener pastures. Unfortunately for them, the pair waited a day too late as a trio of enormous, worm-like monsters start grabbing residents from beneath the earth. 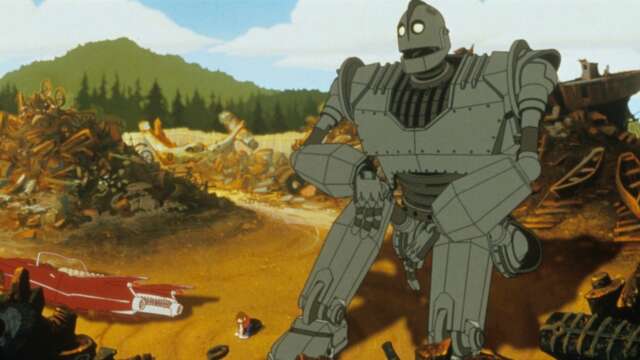 You are who you choose to be. It’s a powerful message that Hogarth (Eli Marienthal) tells the Iron Giant (Vin Diesel), a massive robot, in the heart-warming, stirring, and surprisingly sophisticated animated film that touches on the complexities of human relationships, life, and death. 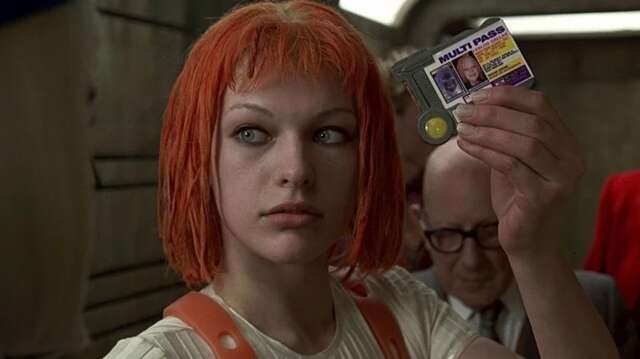 While we all keep waiting for the multi-pass to be a real thing, you can still enjoy the adventures of Leeloo (Milla Jovovich) as she flashes hers indiscriminately in The Fifth Element. It’s a useful tool when saving the world from giant living fireballs, aggressive aliens, and corrupt businessmen. 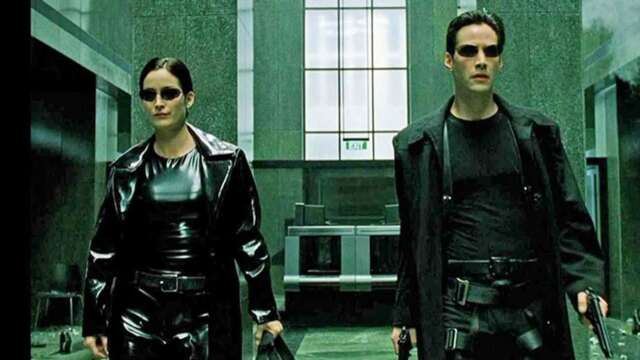 Blue or red pill. Which do you choose? When Morpheus (Laurence Fishburne) offers Neo (Keanu Reeves) a chance to understand that his reality is actually a virtually one controlled by machines that have enslaved the planet, it’s the start of a roller coaster first-time viewers of the film could never have predicted and ones that have seen it wish to experience time and again. 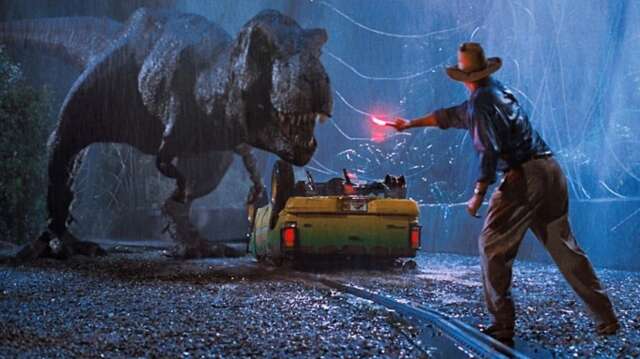 Jurassic Park would go on to become just as commercially viable as John Hammond (Richard Attenborough) predicted back in 1993. The film has led to a huge market of toys, backpacks, lunchboxes, an animated TV series, and six more films. However, none have been as steadfast and reliable as the original that reintroduced dinosaurs to the world. 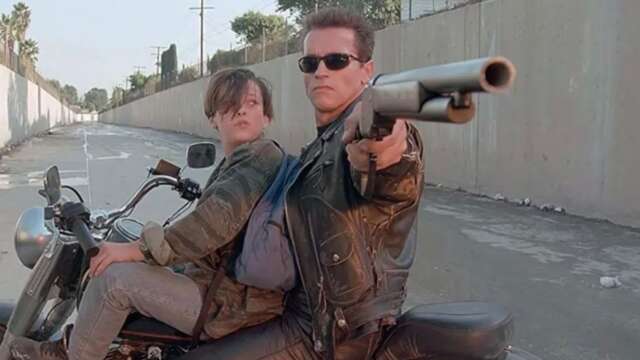 An amazing technological achievement, Terminator 2’s stunning special effects are matched by a thrilling story that takes expectations created by its successor and flips them on its head. Turning a human-killing Terminator from the future into a father figure that has to battle against a seemingly unbeatable opponent made of liquid metal is a joy to watch. The Terminator mythos being further explored would lead to opening up the world to a ton of other possibilities. More than 20 years later, Terminator 2 still holds up and is the best film in the franchise.