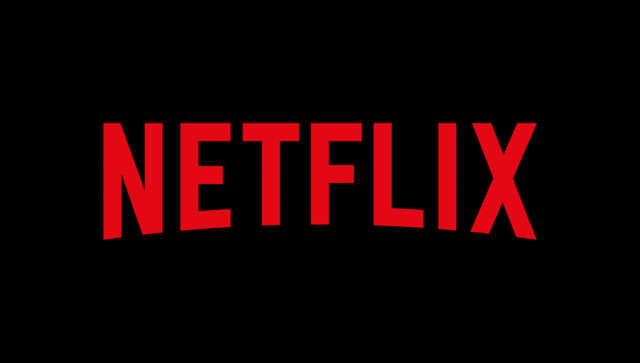 The prestige of streaming television has skyrocketed in a relatively short amount of time. In 2013, Netflix original series House of Cards became the first streaming series to be nominated for a Primetime Emmy. In 2021, Netflix’s slate of original programming received 129 nominations, eventually winning 44.

The death of appointment network television has benefitted both creators and viewers. The creators get to craft denser, more complex narratives, assured with the knowledge that their audience is binging the show rather than watching (and forgetting it) once per week. The viewers get the flexibility of when and how to consume that content, and better fit it into their lives.

While this is the playbook for nearly every streaming service, Netflix distinguishes itself by how wide it casts its net. If you throw enough at the wall, some of it is bound to stick–or in Netflix’s case, win Emmys. The company spent 85% of $8 billion on original content in 2018.

Three years later, we see the fruits of that approach, in the form of many excellent shows that collectively cater to everyone’s tastes. Here are the 23 best Netflix original series that you can watch right now.

1. Orange Is the New Black 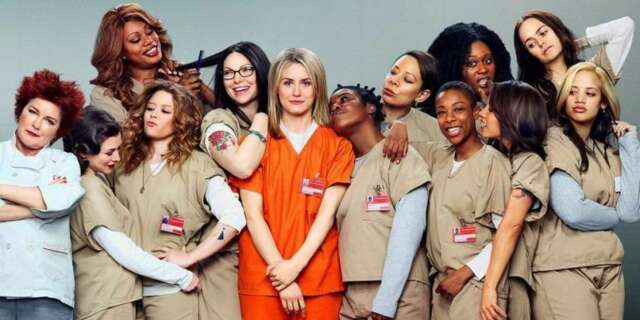 Based on a true story by Piper Kerman, this dramedy is ostensibly about a women’s prison, but it becomes so much more–about growing, and learning, and finding your identity under the most pressurized conditions possible. 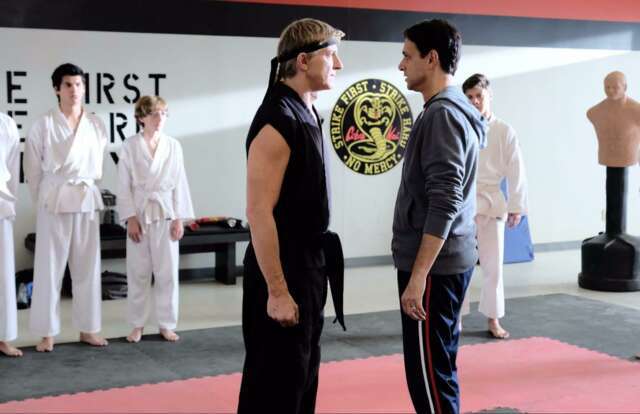 The elevator pitch–a TV series sequel to Karate Kid–could have been pure nostalgic fan service. And in some ways, it is. But Cobra Kai has also forged an identity of its own, by following the path less traveled–following the guy who lost 36 years ago, rather than the guy who won. 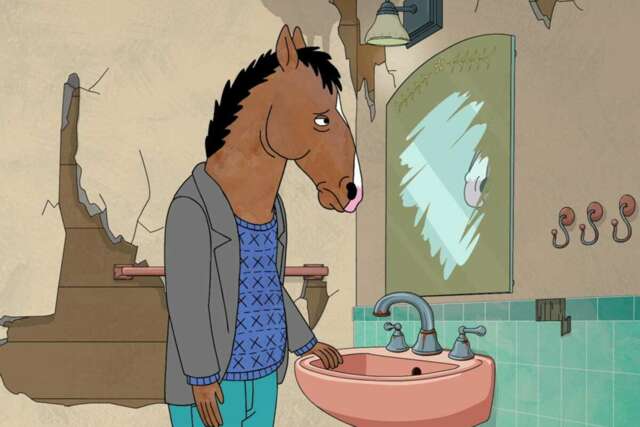 “Isn’t that the cartoon with the horse?” is most people’s initial impression of Bojack Horseman. Dig a little deeper though, and it’s a dark-humored deep dive into depression, addiction, fleeting celebrity, and family trauma. It’s so much better than you think it is. It may have just ended in 2020, but it has already cemented its legacy as one of the best television shows of all time. 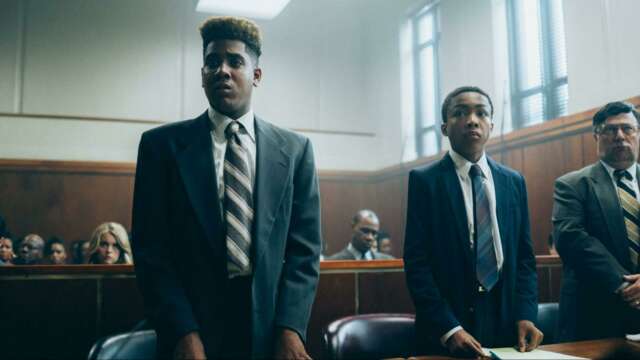 Based on the true story of the Central Park Five, five black boys wrongly accused of a crime they did not commit, this limited-series drama captures the racial and social tensions of New York City in the late ’80s. 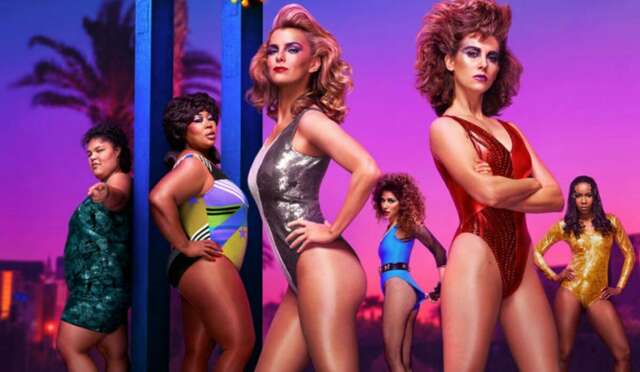 Based on the mid-’80s promotion Gorgeous Ladies Of Wrestling, GLOW’s creators hired real-life wrestlers to train and act alongside the actresses to give the in-ring action more realism and grit. And just as with a wrestling show, GLOW’s interpersonal dynamics are what make the fights more interesting. 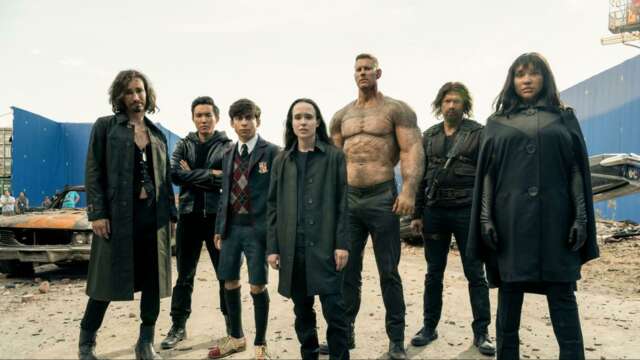 It’s the story of seven adopted children with superpowers, who investigate the death of their adoptive father and try to prevent the end of the world in eight days. It’s based on the comic book series by Gerard Way and Gabriel Bá. 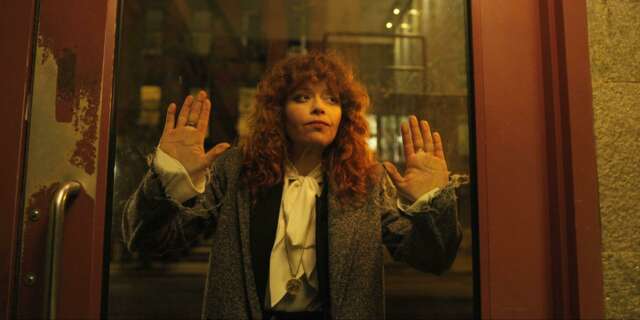 Russian Doll is about a woman stuck in an endless time loop, dying after her 36th birthday party. It’s an interesting show premise that becomes even more involved, once Nadia realizes there’s another victim trapped in the same loop. 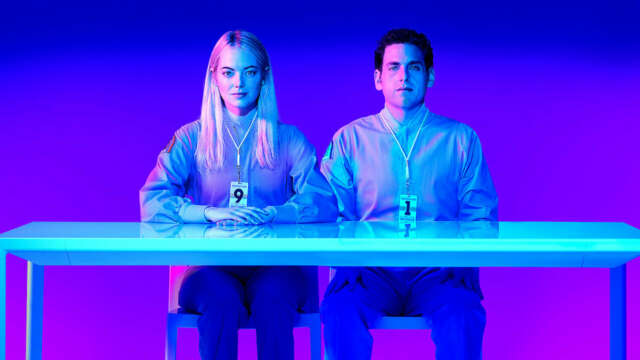 Two subjects are part of an important lab trial and are given a drug that forces people to confront their worst moments as a means of reclaiming them and finding peace. 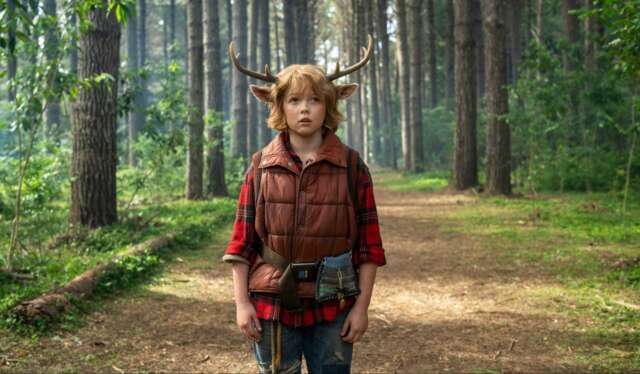 In a post-apocalyptic world, a half-boy/half-deer hybrid struggles to survive away from home and eventually bands up together with other humans and human/animal hybrids to discover more about his past. 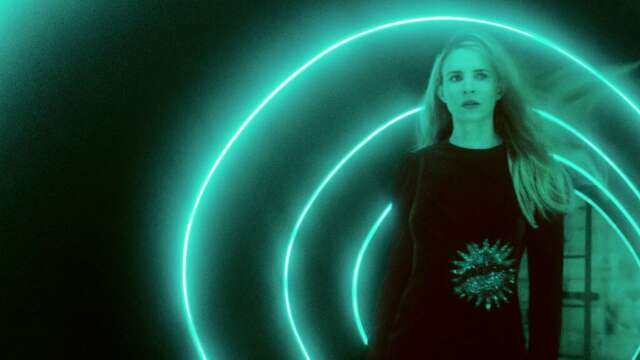 A woman goes missing for seven years. When she reappears, she’s calling herself The OA and can now see, despite previously being blind. There are premonitions. There’s antagonist Dr. Hap, who imprisoned her and other test subjects to learn about near-death experiences. There’s even interdimensional space travel. It’s incredibly dense and correspondingly rewarding. 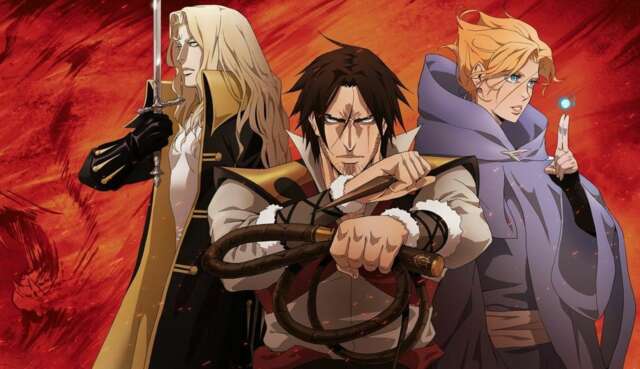 This animated series is based on the video game Castlevania III: Dracula’s Curse, and follows the adventures of Trevor Belmont, Alucard, and Sypha. The first two seasons concerned themselves with defeating Dracula, but after that, the show continued to branch out in expansive, interesting ways. 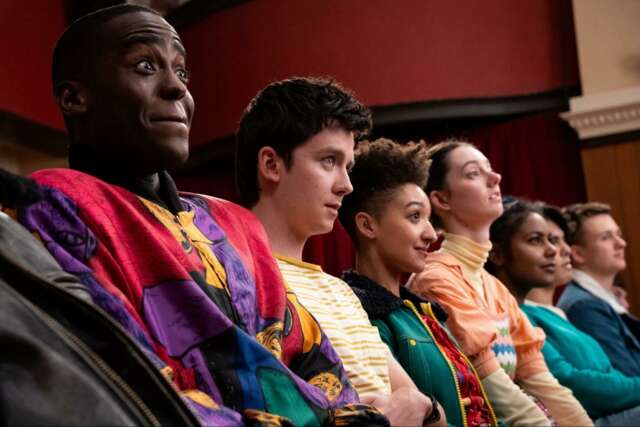 It’s a premise that thrives on awkwardness. Teenaged Otis has a mom who is a professional sex therapist. Armed with this knowledge, and with the help of a fellow student, Otis sets up a sex advice business for his class. 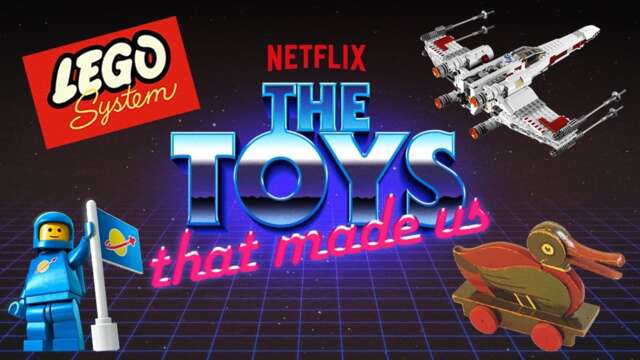 This is a series of toy documentaries on everything from Teenage Mutant Ninja Turtles (the series interviews TMNT creators Kevin Eastman and Peter Laird) to My Little Pony to GI Joe. Particularly informative is the LEGO documentary, which really digs down into the “system” that makes the trademark bricks so addictive. 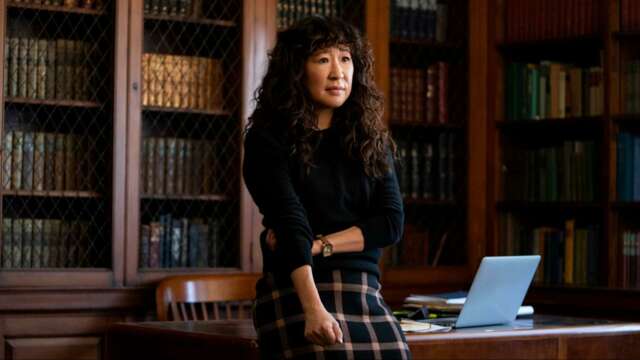 An English chair at a prestigious university–the first WOC to ever hold the spot–is tasked with bringing the school into the 21st century. The show lampoons both stodgy conservatism and performative activism with equal aplomb. Best intentions return terrible results, and no good deed goes unpunished. 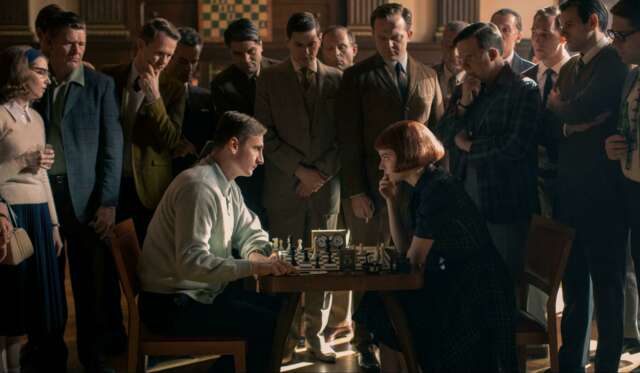 An orphan discovers she’s a chess prodigy and struggles with her addictions and personal demons on the way to becoming the most prominent player of her generation. It’s a coming-of-age story that’s richly written and beautifully shot. 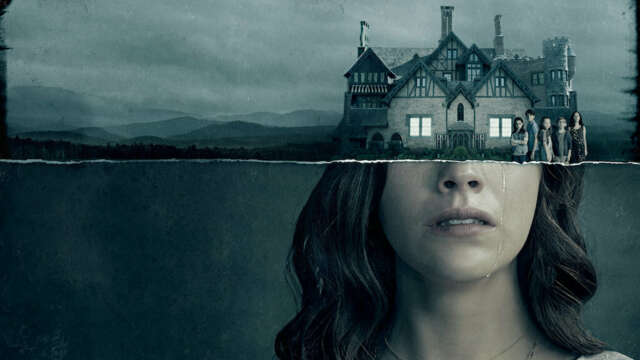 The Haunting anthology is actually two separate series. The first is The Haunting of Hill House, and the second is The Haunting of Bly Manor. Both series deal with ghosts and the supernatural and feature a common repertory cast, but are narratively unrelated. What they do have in common is atmosphere, scares, and scores of hidden ghosts that give the anthology some serious rewatchability. 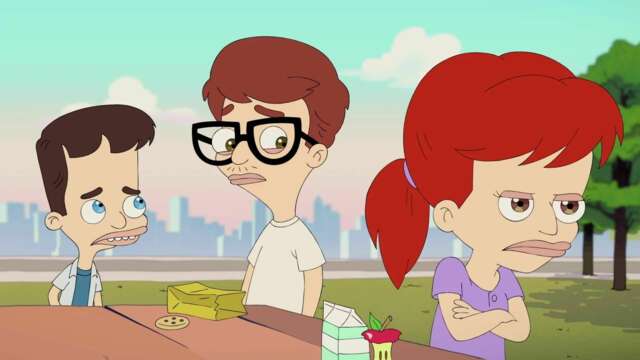 Extremely crass with a lot of heart, Big Mouth gives one the filthiest, most honest takes on going through puberty. The kids struggle through every indignity you can imagine, while the Puberty Monsters–literal 7-foot-tall, furry monsters–follow them around and get all the best one-liners. 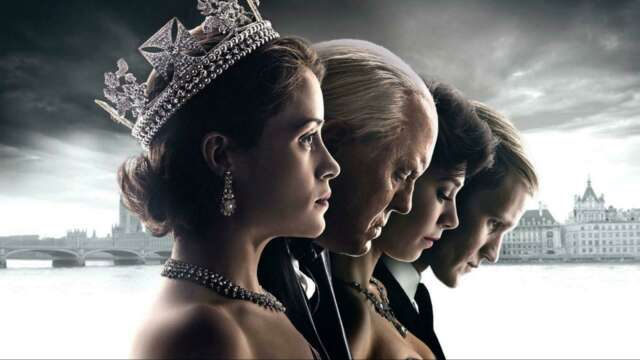 Tracing the reign of Queen Elizabeth II from her ascendance all the way to the present day, The Crown is getting closer to the scandals of Princess Diana and Prince Charles, which should bring in additional casual viewers for the remaining seasons. 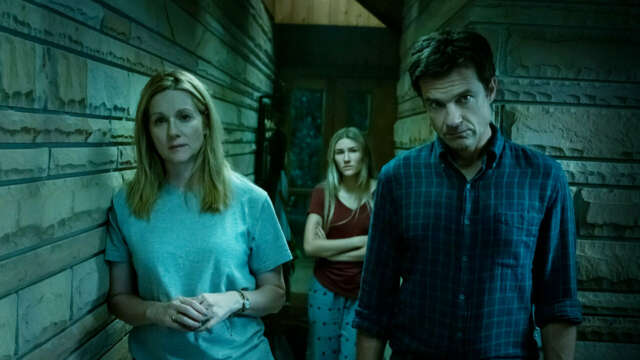 Jason Bateman takes his everyman persona, which he has carefully honed over the course of a long comedy career, and subverts it to play Marty Byrde, a financial planner who is laundering money for a drug cartel. He and his family move from Chicago to the Ozarks after a deal went badly, and eventually run afoul of the local mobsters as well. 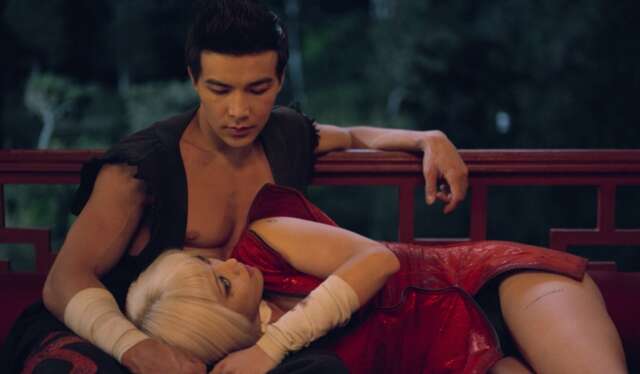 This is a sci-fi series seemingly designed to turn your stomach. It is, at different times, a biting satire and a dystopian nightmare, about what happens to a society that is utterly dominated and subsumed by technology. Emotional detachment, materialism, and loneliness drive people to terrible actions.

21. I Think You Should Leave with Tim Robinson 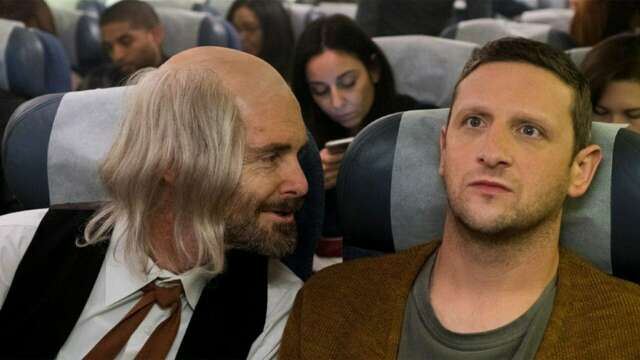 It’s sketch comedy, and it’s extremely off-beat and out there, drilling down on the indignities of life and the bizarreness of modern society. To say much more would be to give it away. It’s best to go into this show completely cold. 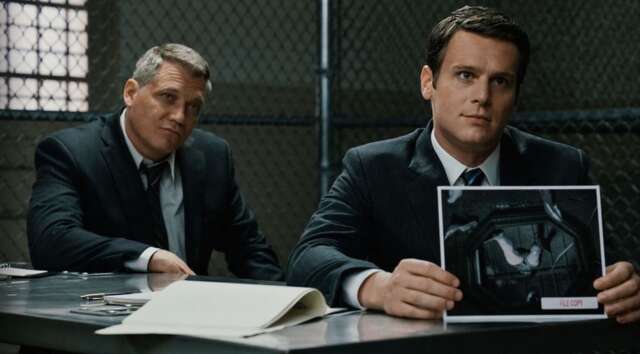 Director and showrunner David Fincher (The Social Network, Zodiac, Fight Club, Se7en) is the creative force behind this crime drama, about three criminal profilers who work for the FBI, and the serial killers they catch. 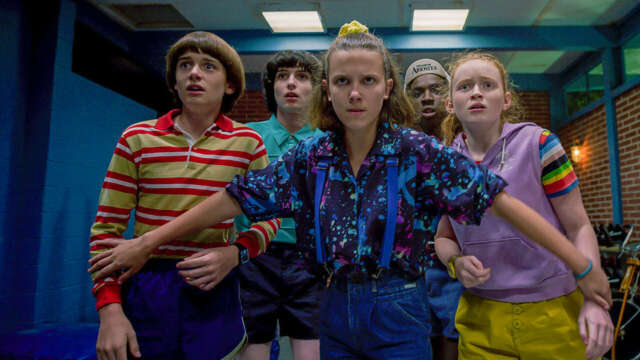 A sci-fi series set in the ’80s, Stranger Things deals with coming-of-age, telekinesis, and a portal to the Upside Down dimension. The emotional core of the story hinges around lab experiment child Eleven (played by Millie Bobby Brown), and Chief Jim Hopper (David Harbour), who comes to view Eleven as a daughter and eventually adopts her.