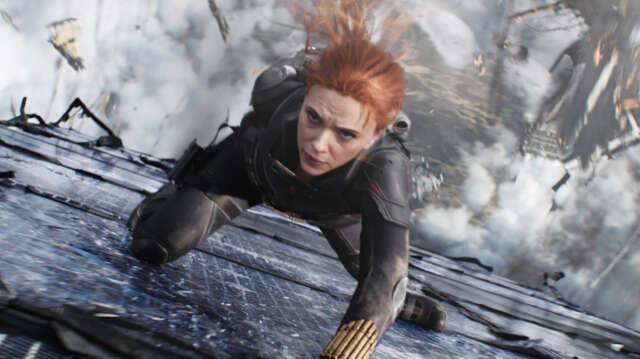 What a year it’s been. From theaters reopening and a slew of movies finally making their way back to them, to beloved shows getting cut short, and even controversy on the set of Jeopardy, of all places, 2021 has been stuffed to the brim with news about the entertainment industry.

As the year winds down, we’re looking back on the biggest entertainment headlines–good and bad. While there was plenty to be excited about (there are two more Knives Out movies on the way), it’s hard to ignore there were some unfortunate things that happened this year as well, including what may very well be a record for talent releases from WWE.

Take a look below at the eleven biggest entertainment stories of 2021 below. Once you’re done, sound off in the comments with what you’re looking forward to in 2022! 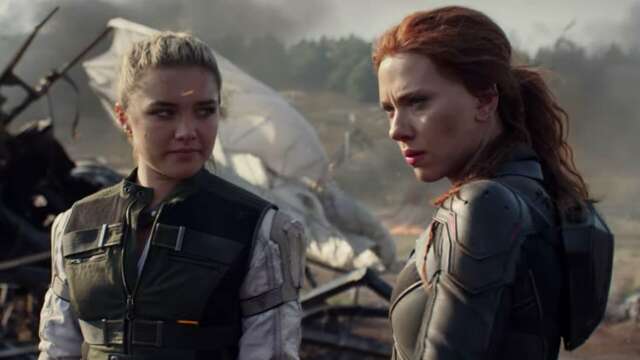 In what might have been an even bigger story than the release of Black Widow–the first MCU film since before the pandemic–star Scarlett Johansson filed a lawsuit against Disney seeking money she believed she was owed on the film after it was released on Disney+ Premier Access, in addition to theaters. At the time, it was reported that Johanssen had possibly lost out on as much as $50 million due to the move. Two months later, the lawsuit between the two was settled for a reported $40 million. 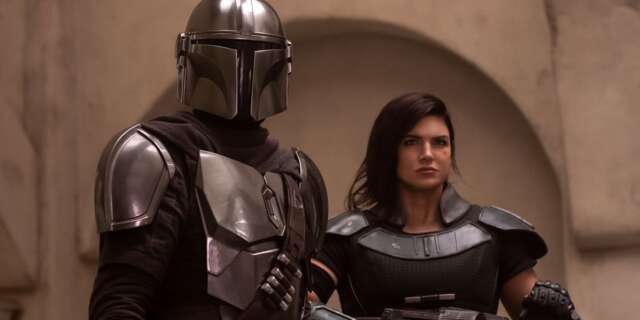 When Season 2 of The Mandalorian came to an end, it certainly looked as though Gina Carano’s character Cara Dune was preparing for her own spin-off show, Rangers of the New Republic. Then, in February, Lucasfilm announced that the former UFC fighter was no longer employed by the company and wouldn’t be returning to the role. This all came on the heels of Carano comparing “hating someone for their political views” to the persecution of Jewish people by the Nazi party. Previously, she had been accused of being transphobic and made remarks about alleged–and repeatedly proven to be false–voter fraud in the presidential election. Not surprisingly, it was later revealed that Rangers of the New Republic was no longer in development. 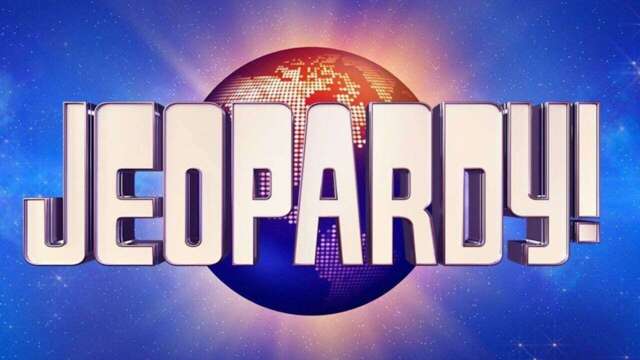 Who knew the game show Jeopardy would be such a big topic of discussion in 2021? As the long-running series looked to find a new host after the death of Alex Trebek, it hired one in executive producer Mike Richards. That didn’t last long, though, after a series of sexist, racist, and homophobic comments he made on a podcast between 2013 and 2014 were unearthed. He was removed from the job. Since his departure, Big Bang Theory alum Mayim Bialik and multiple-time Jeopardy winner Ken Jennings have been sharing the duties. 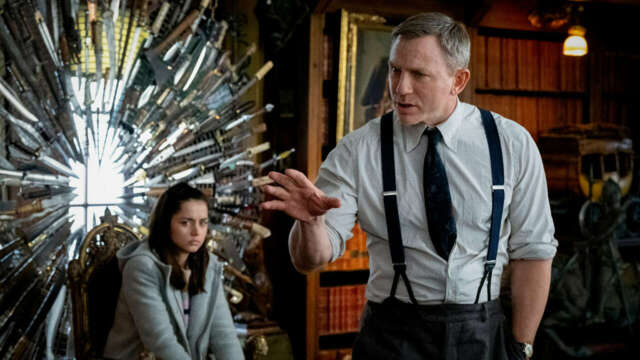 Perhaps one of the best and most surprising bits of news this year, Netflix announced it wasn’t just making a sequel to Rian Johnson’s beloved murder-mystery Knives Out–it’s making two of them! That’s right, the streaming service will be the exclusive home of two more Knives Out films, both starring Daniel Craig as private detective Benoit Blanc. Among those starring in the second film, which was shot this year, are Dave Bautista, Edward Norton, Janelle Monáe, Leslie Odon Jr., and Kathryn Hahn. 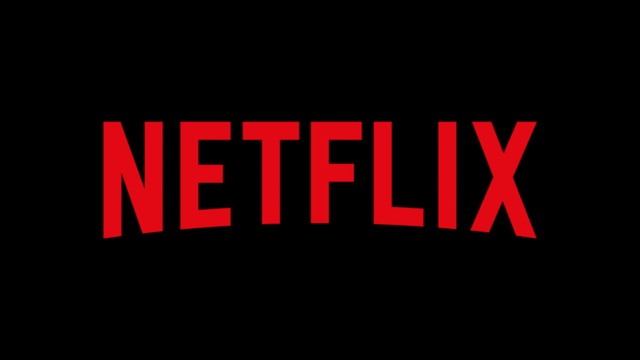 Netflix released The Closer, Dave Chappelle’s latest comedy special this year, which earned the streamer and the comedian plenty of backlash due to Chappelle allegedly making transphobic remarks in the special. Many called for the special to be removed, but Netflix CEO Ted Sarandos called the piece self-expression. 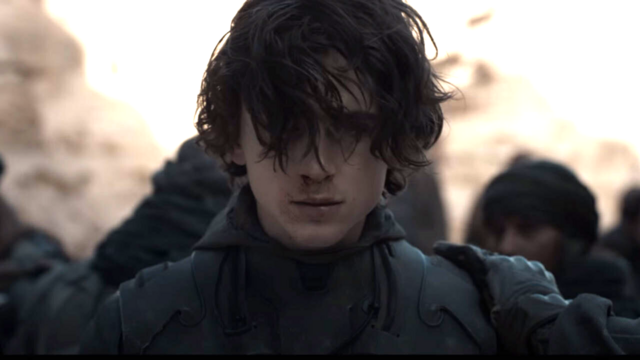 While the title card for Dune reads “Dune Part One,” a sequel wasn’t guaranteed. Had the movie not performed in theaters and on HBO Max, the rest of the story may not have been told. Thankfully, it was confirmed at the end of October that director Denis Villeneuve would be back to finish his tale.

It may have taken a few years, but at long last the feud between Fast and Furious co-stars Dwayne Johnson and Vin Diesel came to an end in 2021. It was during production on The Fate of the Furious that Johnson had some less than kind things to say about his co-star’s work ethic on social media. “Some conduct themselves as stand up men and true professionals, while others don’t,” Johnson said at the time. “The ones that don’t are too chicken s**t to do anything about it anyway. Candy asses. When you watch this movie next April and it seems like I’m not acting in some of these scenes and my blood is legit boiling–you’re right.”

Thankfully, Johnson says the two have buried the hatchet since then. Which is a good thing because… 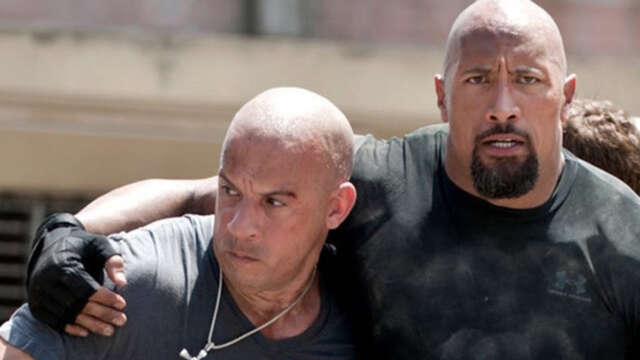 What’s this? Vin wants Hobbs back for Fast and Furious 10? Dreams do come true! “I say this out of love… but you must show up, do not leave the franchise idle. You have a very important role to play,” Diesel wrote in an Instagram post. “Hobbs can’t be played by no other. I hope that you rise to the occasion and fulfill your destiny.” Of course, he didn’t actually tag Johnson–and he refers to him in the post as “my little brother Dwayne,” even though the former WWE champion is, well, gigantic. Still, our fingers are crossed. 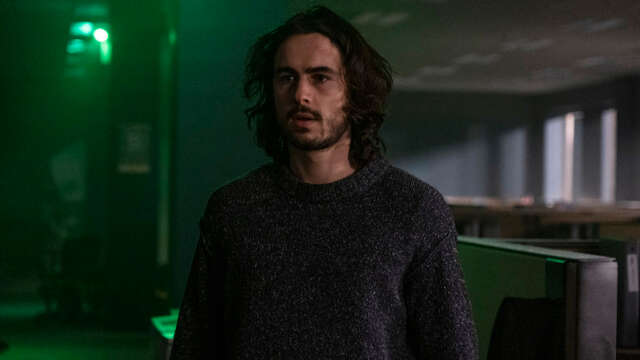 After years of development, showrunner and casting changes, and even a period of time where it was going to be known only as Y for some reason, Y: The Last Man finally debuted on FX on Hulu. What’s more, it was great. It was as good an update of the source material as one could have hoped for. And yet, it was canceled after a single season. Not long after, theFX on Hulu branding as a whole was canceled, as well. Maybe, in hindsight, it should be abundantly clear that Y: The Last Man should have actually aired on FX, instead of having it buried on Hulu with the rest of the network’s content. 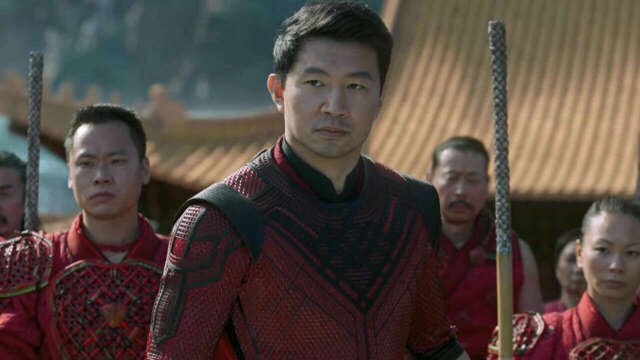 Sometimes a misunderstanding can lead to a fair amount of controversy. When Disney CEO Bob Chapek called Shang-Chi and the Legend of the Ten Rings an experiment as the first Disney film playing exclusively in theaters since prior to the pandemic, many–including star Simu Liu–didn’t take kindly to it. “We are not an experiment,” he wrote on Twitter. “We are the underdog; the underestimated. We are the ceiling-breakers. We are the celebration of culture and joy that will persevere after an embattled year. We are the surprise.”

Marvel Studios boss Kevin Feige then clarified the issue, explaining, “I think in that particular tweet you can see, and I think everyone does, a misunderstanding. It was not the intention. The proof is in the movie and we swing for the fences as we always do. With the amount of creative energy we put in and the budget, there’s no expense spared to bring this origin story to the screen.” 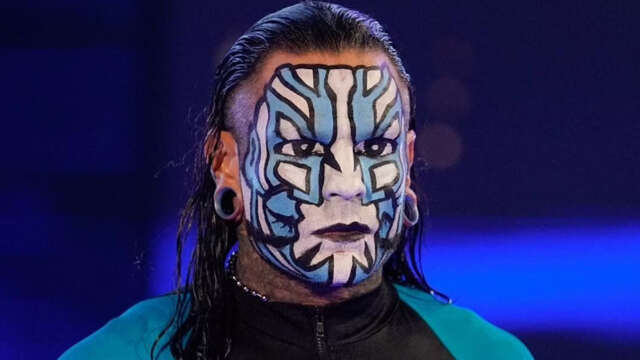 While WWE released a large number of wrestlers in 2020 during the COVID-19 pandemic, the company went even further in 2021. In total, 80 wrestlers were released by the company. Some have landed in AEW and Impact, while others have yet to find a permanent home. Among the biggest surprises were certainly the releases of “The Fiend” Bray Wyatt, Braun Strowman, and most recently Jeff Hardy.