This new game will continue to break new ground in realism with new weather dynamics, longer routes, and a dedicated Training Centre designed for new and experienced players alike. The latest iteration will also support add-ons from Train Sim World 2, allowing players to carry all the routes and engines they own into Train Sim World 3 to continue playing some of their favourite content.

It will be coming to PC via Steam and the Epic Games Store, but also consoles, including PlayStation 4, PS5, Xbox One, and Xbox Series S|X.

Train Sim World 3 features a brand-new dynamic weather system delivering beautiful volumetric skies, all powered by a new lighting system enhancing realism and immersion. Trains can now be driven through the extremes of weather – snow, thunderstorms, and even the dreaded leaves on the line, each altering the driving experience and requiring players to pay close attention to track conditions. While tiny compared to the mighty machines, leaves on the line pose serious challenges for drivers as they can greatly reduce the friction between wheels and rail that trains need to pull their heavy loads of goods or passengers.

In addition, the new Training Center feature offers a place to learn how to drive the locomotives featured in Train Sim World 3 on a brand-new route. With new gamers continually being introduced to the world of trains and new locomotives being added for experienced players, this feature is designed to ease everyone into the satisfying experience of operating large, powerful machines. 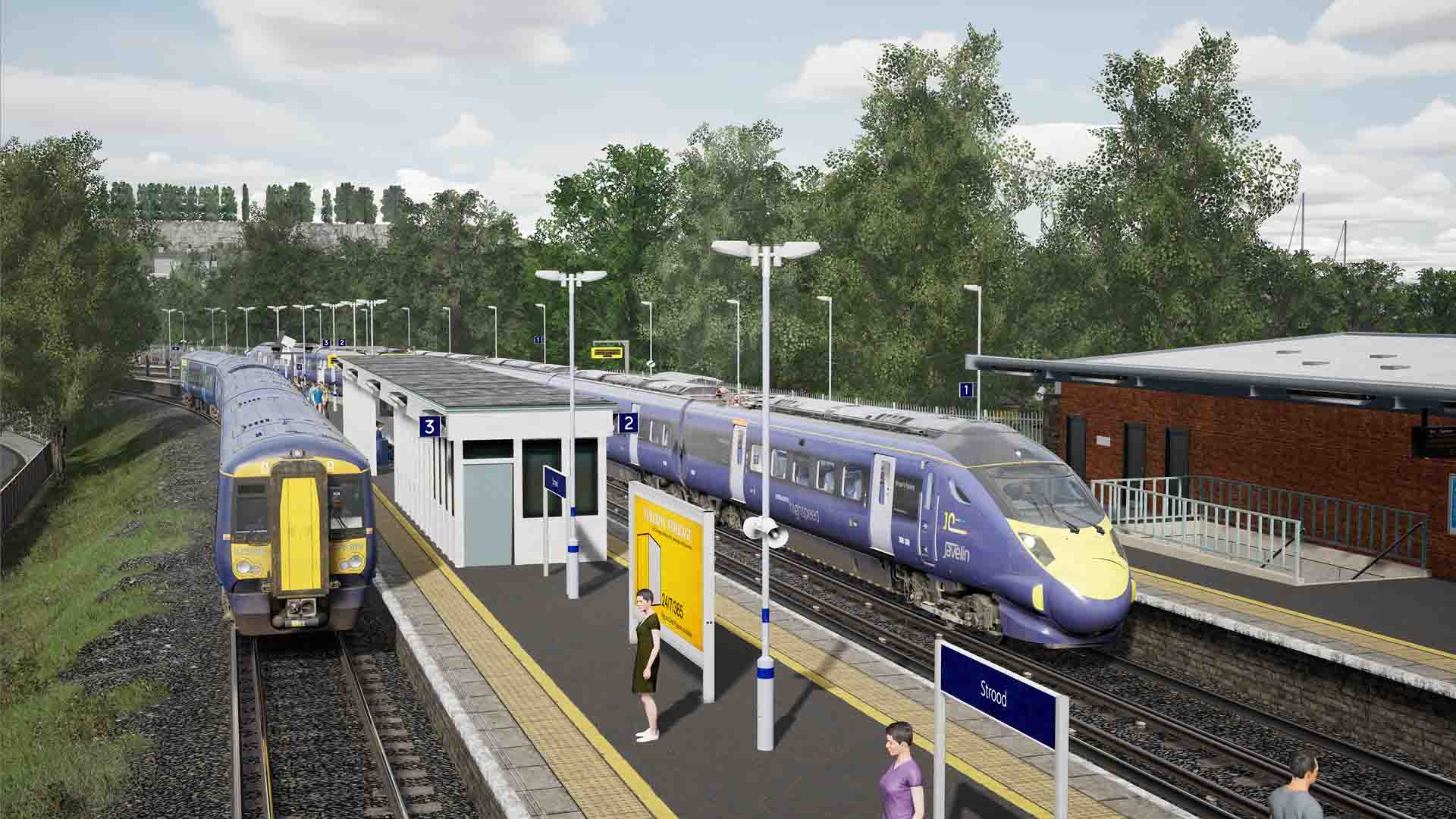 “For Train Sim World 3, the team have done an amazing job enhancing and building on the immersive experience of our previous titles. The new lighting system transforms the visuals along with all-new weather dynamics that will significantly impact the operation of trains in-game,” said Matt Peddlesden, Executive Producer at Dovetail Games. “This and the development of our dedicated Training Center, guiding users through the controls, will see Train Sim World 3 bring existing players new and exciting challenges, whilst giving those new to the franchise an enjoyable introduction to the railway world.”

A selection of introductory packages will be available, from the ‘Starter Packs’ containing the brand-new Training Center and 1 route expansion, to the Deluxe Edition which includes an upgraded version of the eagerly anticipated Spirit Of Steam add-on, that was released earlier this year for Train Sim World 2 and brought steam locomotives to the game for the first time.

Developed and published by Dovetail Games, Train Sim World 3 will release for Windows PC, PlayStation, and Xbox consoles on Sept. 6, 2022. The title is available for pre-purchase digitally now on Steam and the Epic Games Store, PlayStation®Store, and Microsoft Store with a Deluxe Edition available for £49.99/€59.99/$59.99 and four ‘Starter Packs’ each available for £29.99/€35.99/$39.99. The ‘Deluxe Edition’ can be pre-ordered with a 10% discount and all pre-order purchases will grant a 4-day Early Access pass to the game, as well as a bonus decal pack to use within the livery editor to share on Creators Club, the home of player customization in Train Sim World.

The post Train Sim World 3 is coming this September appeared first on GodisaGeek.com.