THQ Nordic has announced the new Wreckfest Super Truck Showdown tournament and an Off-Road Car Pack are out now for PC, Xbox One and PlayStation4. This event is all about Stadium Super Trucks hitting both dirt and tarmac. The new track, the Rattlesnake Racepark, pays homage to real super truck dirt tracks with signature steep jumps, technical turns and majestic mountain scenery.

You can see the new trailer here: 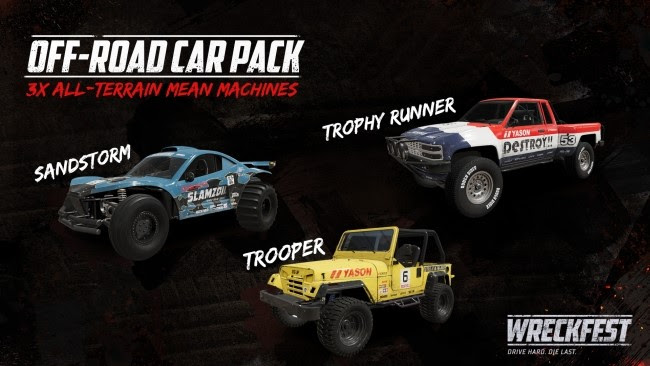 The tenth DLC pack is included in Season Pass 2.

Wreckfest Super Truck Showdown tournament and Car Pack 10 are out now.  Available on PC, Xbox One and PS4.  Playstation players can access the game on PS Plus during May.  The game is coming to PS5 June 1, 2021.  Versions for Xbox Series X and Series S are also planned, but the date hasn’t been confirmed.